Former cabinet ministers Philip Hammond, Dominic Grieve and David Lidington are understood to be leading the charge to demand the Prime Minister delays Brexit beyond October 31, regardless of the outcome of next week’s critical EU summit. The revelation comes as UK and EU officials continue to attempt to thrash out a solution to the controversial backstop. According to reports coming out the Brussels negotiations, a compromised deal involves Northern Ireland remaining politically in a customs union with the EU but it would be administered by the UK – something Deputy leader Nigel Dodds has already said “cannot work”.

Further details are set to emerge in the next 24-hours as Mr Johnson holds further talks with French President Emmanuel Macron and German Chancellor Angela Merkel.

Under the so-called Benn Act if a deal is not reached by the end of the EU summit on October 19 – the Prime Minister must ask the EU for another delay.

The Tory Remainers are understood to be concerned about the lack of time to scrutinise any potential deal with parliament set to vote on any agreement in the House of Commons next Saturday.

A source close to the former Chancellor to the Mail on Sunday: “There is a distinction between Parliament ‘approving’ the broad outline of a deal in a simple motion and Parliament legislating for a deal. 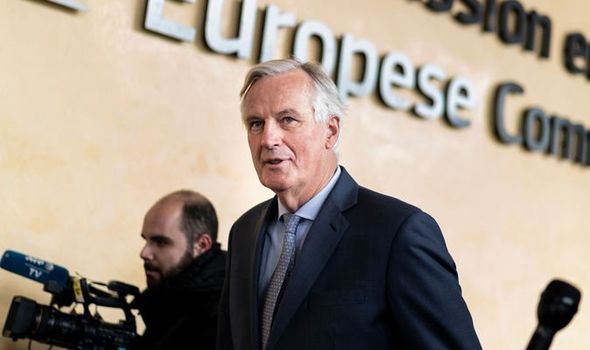 “The fact is that the latter is not possible in the time remaining, so the Benn Act will come into force to allow some time to legislate and finalise the deal.”

Meanwhile, a senior Government source fired back at Mr Hammond insisting he is attempting to cancel Brexit altogether.

“His latest move shows that he is not trying to stop No Deal – he is trying to enforce a No Brexit’.” 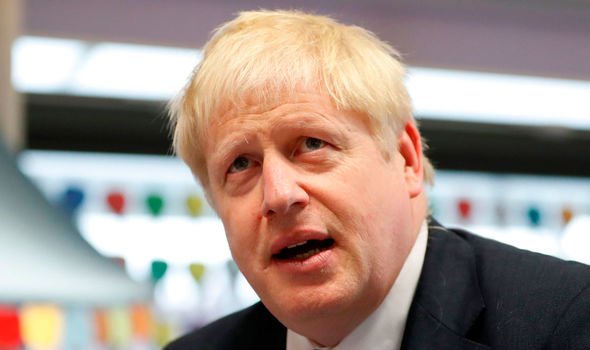 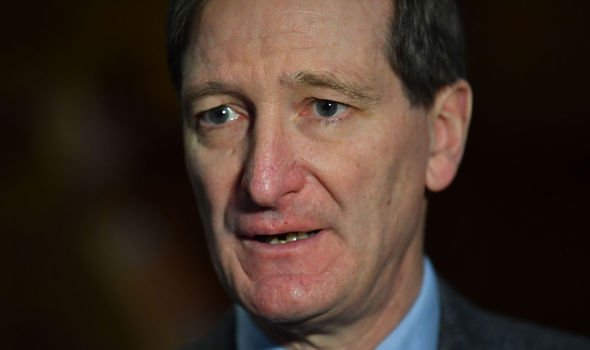 Mr Hammond has since denied any plot insisiting he has voted for a Brexit deal three times.

Meanwhile Mr Grieve – who was central to the implementation of the so-called “surrender act” has it is “improper” to force a deal through parliament.

Mr Grieve said: “He’s going to have to extend. I cannot see how he would be justified in trying to force through a major piece of constitutional legislation, the Withdrawal Agreement Act, in seven days. It’s improper.”

Mr Lidington said: “I’ve always felt there would at least need to be a time where technical legal details had to be hammered out and that was going to take us beyond the end of October.” 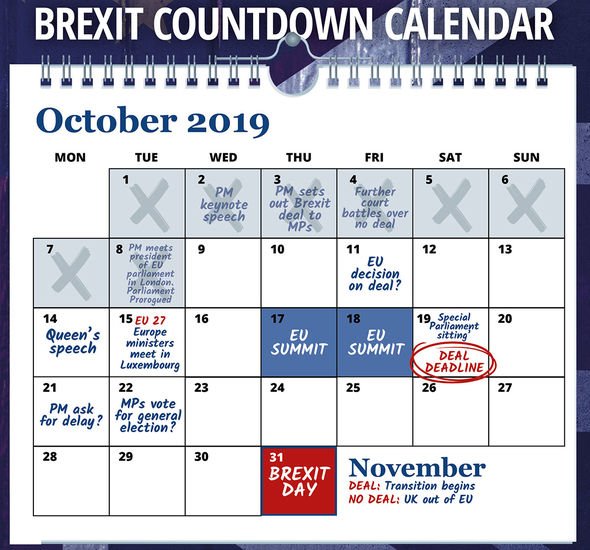 9.30am update: Rees-Mogg says Government will have to make compromises

Writing in The Sunday Telegraph, Mr Rees-Mogg said: “In the final stages of the Brexit negotiation, compromise will inevitably be needed, something even the staunchest Leavers recognise albeit unwillingly – but as a Leaver Boris can be trusted.

“He wants to take back control and has dedicated his political career to this noble cause.

“If he thinks the ship of state is worth an extra ha’porth of tar he deserves support.”

9.20am update: Hammond says parliament need to see the whole deal and denies any plot to stop Brexit

Former Chancellor Philip Hammond has said parliament will need to see the “full detail” of any Brexit deal and has denied reports of a plot to stop Brexit.

Mr Hammond wrote on Twitter: “The Mail on Sunday is wrong – there is no plot. If Parliament approves a deal that has been agreed with the EU, the Benn Act does not apply. But parliament will need to see the full detail of a deal, not just a headline, before it will approve anything.

“We have voted for a deal three times in the Commons – and will do so again if it’s a deal that benefits the whole of the UK.”