The life peer has delivered a fierce defence after remarks she made prior to the 2016 EU referendum re-surfaced online. The former Labour MP acknowledged she said Northern Ireland would have a “brighter future” after leaving the EU – but made it abundantly clear Belfast “has not got Brexit”.

Ms Hoey hit out at Remainers after she was reminded on Twitter by Political commentator Mike Holden about an article she wrote on May 13, 2016.

In the opinion piece, the Brexiteer insisted “Brexit won’t hurt Northern Ireland at all – instead, it will brighten its future”.

The 74-year-old has now clarified her comments in a fiery post on the social media platform.

In a tweet, she wrote: “To the zealot Remainers including @MikeHolden42 complaining that I said there was a bright future for NI after Brexit. 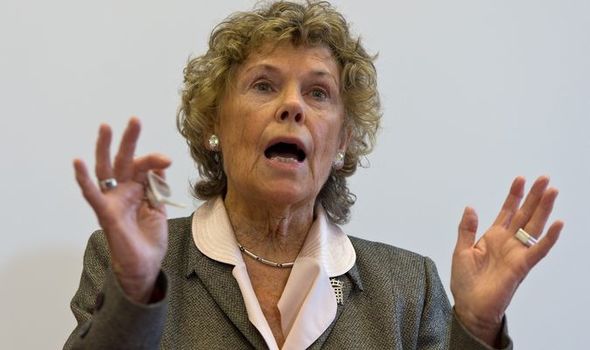 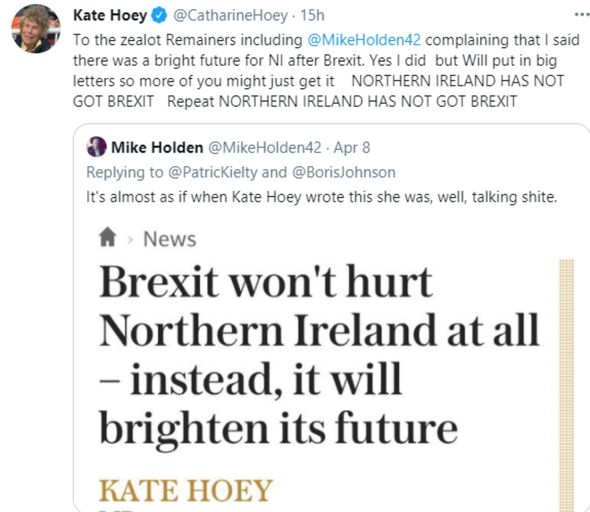 The leading Brexiteeer has been a constant critic of the Brexit withdrawal agreement and its arrangements for Northern Ireland.

The UK and the EU agreed to create a Northern Ireland Protocol to prevent a hard border on the island of Ireland.

The compromise resulted in Northern Ireland staying in the EU customs union and single market, while the rest of Great Britain is not. 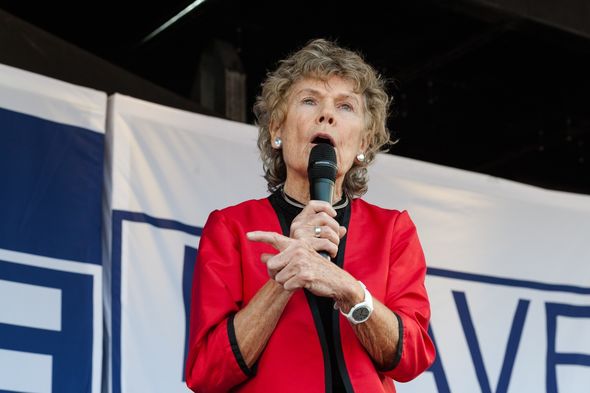 Since the new trading rules were implemented in January, it has resulted in some disruption in trade between the UK and Europe via Northern Ireland.

The terms of the deal have been thrust in the spotlight this week following violent clashes on the streets of Belfast. 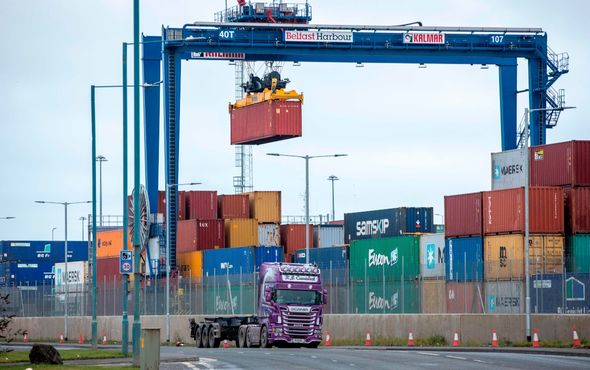 Speaking on TalkRadio on Thursday, Ms Hoey condemned the violence, but insisted it was triggered by a “number of factors all kind of coming together at once”.

Addressing the Northern Ireland Protocol, Ms Hoey noted the anger it has caused Unionists, who argue it risks undermining the Good Friday Agreement.

Ms Hoey said: “Clearly when Brexit happened, and people keep saying to me, trolling me and saying well you campaigned for Brexit it is all your fault. 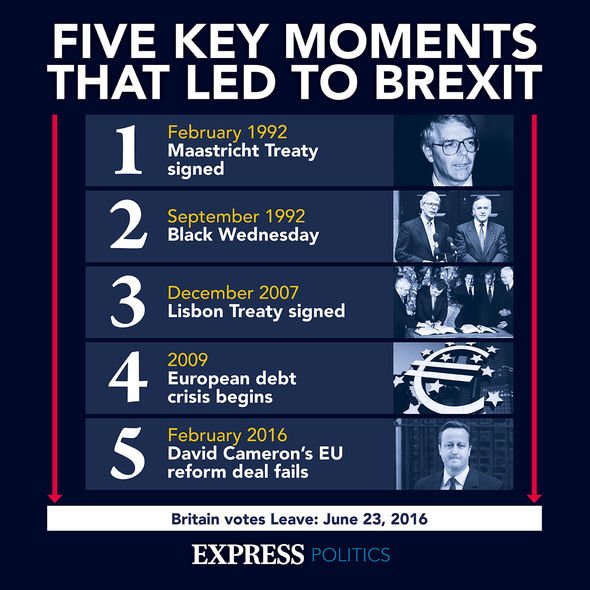 “But I have to remind people that Northern Ireland hasn’t actually got Brexit, we have got a protocol which keeps us in the single market and keeps us under the EU rules.

“Now that has clearly upset huge numbers of people not just from the pro-union community but people who have been affected by not being able to get their good across, not being able to order things as they normally would.

“And being treated as basically second-class citizens.” 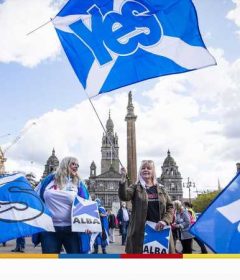 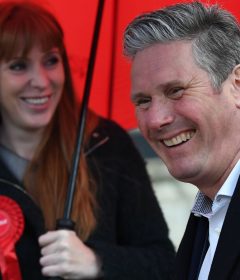