Home » Politics » A Partisan War Awaits Trump. That Just Might Suit Him.

A Partisan War Awaits Trump. That Just Might Suit Him.

WASHINGTON — President Trump will wake up on Wednesday morning to a radically new political environment as he confronts the prospect of a two-year partisan war with a Democratic-run House armed with subpoena power and empowered to block his legislative agenda.

Combative by nature, happier in a fight, the president may now have to choose between escalating the pitched conflict that has torn Washington apart in recent years and attempting the sort of reach-across-the-aisle conciliation that has rarely marked his presidency so far.

After waging a divisive and racially charged campaign, Mr. Trump signaled in the days leading up to Tuesday’s vote that he may soften his tone going forward, although past nods toward bipartisanship have never lasted long. With his party no longer holding all the levers of power in Washington, he cannot bypass the opposition if he hopes to transform his priorities into law.

Perhaps just as important, he will no longer have Republican majorities to guard his flank against investigations into all manner of issues that Democrats are eager to examine. The new House may press far more deeply into his personal and political affairs, demanding the tax returns he has kept secret, delving deeper into any ties with Russia and exploring any conflicts of interest.

At its most extreme, a Democratic House could even potentially pose an impeachment threat against the president depending on the results of the investigation by the special counsel, Robert S. Mueller III, who has remained quiet during the campaign, although party leaders are wary of such a move.

“The administration will be under higher scrutiny and accountability by a Democratic House,” said former Representative Tom Davis, Republican of Virginia. “Look for more investigations and subpoenas. The honeymoon is over. Voters voted to put a check on the president rather than giving him a blank check.” 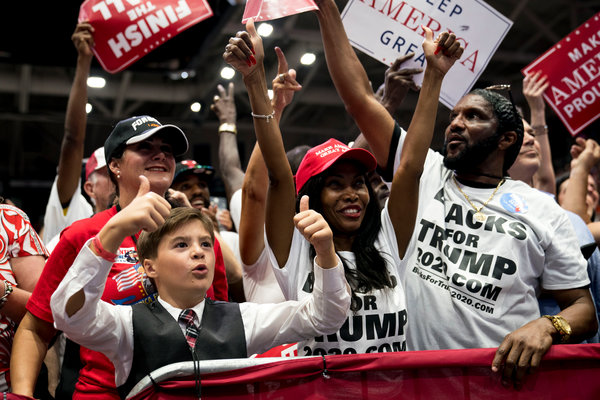 But Mr. Clinton and Mr. Obama both bounced back from their first-term defeats to win re-election two years later, finding it useful politically to have an opposition to play off. In his time in politics, Mr. Trump has been at his most comfortable and confident when he has an enemy to joust with.

“The subpoena process and investigations will be difficult,” said Marc Short, a former White House legislative director for Mr. Trump. “But there’s probably nothing that could help the president’s re-election prospects better than having Nancy Pelosi as speaker.”

Former Representative Steve Israel, Democrat of New York, said the election results were a “mixed bag” for the president. “With a House Democratic majority, he has the foil he needs for his re-election campaign in 2020,” Mr. Israel said. “But no president wants the other party with subpoena power — certainly not this president.”

On the campaign trail, Mr. Trump characterized the midterm elections as a referendum on his presidency, telling supporters that they needed to vote for Republicans to continue his policies and guard him against impeachment. He made clear that he would cast a victory as a personal vindication while pre-emptively insisting that if Republicans lost, it would not be a repudiation of him.

In the days leading up to the elections, Mr. Trump emphasized that history was against him because most presidents see their party lose seats in midterm elections, in effect trying to inoculate himself against any backlash that might come with a defeat. He had a point. In the 39 midterm elections since 1862, the president’s party lost House seats 35 times and seats in the Senate 24 times.

Moreover, Mr. Trump was spared the worst outcome as Republicans held onto the Senate, ensuring his ability to continue confirming judges and other appointees. The Senate will most likely block any unfriendly legislation that House Democrats might advance, avoiding the need for the president to use his veto power.

But Republican setbacks in governor’s races in key states could complicate Mr. Trump’s re-election campaign in two years. Democrats captured the governor’s mansions in states like Kansas and Michigan that Mr. Trump won two years ago, and their control over governments in those places could make it harder for the president to repeat his feat in 2020.

Mayor Rahm Emanuel of Chicago, a former Democratic congressman and White House chief of staff, said the Democrats’ success in taking the House and the governor’s races represents a repudiation of a president at a time when unemployment is at 3.7 percent, a nearly half-century low.

“The Democrats have no business picking up the House and the governorships, no business,” Mr. Emanuel said. “The fact is this was a blue wave with a red undertow.” The Democrats, he added, were building a “metropolitan majority,” a coalition of urban and suburban voters that he said would make it harder for the president to win a second term.

How the president will recalibrate, if at all, may become clearer in the days and weeks to come as he reshuffles his staff and cabinet and decides whether to force a showdown with the departing Republican Congress over money for his long-promised wall along the southern border, funds he seems unlikely to win once the Democrats formally take the reins in the House in January.

Moreover, the investigation into Russia’s interference in the 2016 election, which took a public pause during the fall campaign, may soon come to a climax, tempting the president to shut it down or fire Mr. Mueller as he has contemplated. Any such move would inflame the capital and potentially provoke House Democrats to use their new power to take action.

Mr. Trump, however, is a more flexible political figure than many, capable of shifting his position on a dime without worrying about looking consistent, and as a result, he could in theory decide to work with Democrats even at the risk of angering fellow Republicans. The same president who went from threatening nuclear war against North Korea’s leader to declaring that the two had fallen in love could conceivably reposition himself into a negotiator with Democrats.

“Democrats winning the House provides a silver lining for the president in that he could craft bipartisan solutions for prescription drug costs and infrastructure,” said Sara Fagen, a former White House political director under Mr. Bush. “But it also means members of his administration will spend many, many hours dealing with investigations, including answering questions under subpoena.”

Mr. Trump also retains the power to set foreign policy as other presidents did during times of clashes with Congress and indeed, he leaves on Friday for a weekend in Paris, where he will join other world leaders in marking the 100th anniversary of the end of World War I.

Mr. Israel said confrontation was not necessarily a foregone conclusion, depending on how the president chooses to respond.

“I do think there’s a hidden opportunity here,” he said. “House and Senate Democrats can present Trump with legislation on infrastructure investments and lowering prescription drug costs, two issues he campaigned on.”

“If he take the deals,” he added, “he marginalizes Senate Republicans when they’re defending 20 seats in the next election. If he doesn’t take the deals, he’s got nothing to run on. Either way, Democrats are in the driver’s seat.” 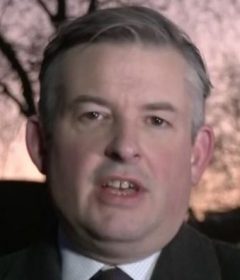 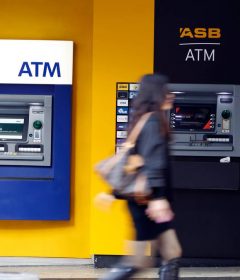 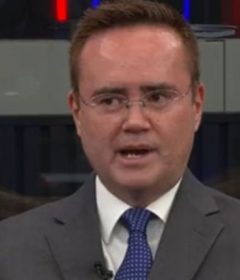