A man has been arrested after a huge haul of weapons including AK-47 assault rifles, grenades and a machine gun was found at a farm in Essex.

A large number of stolen cars, several kilos of Class A drugs and a cannabis farm was also discovered at the site in South Ockendon.

They recovered three AK47 assault rifles, one sub-machine gun, two shotguns, one revolver, one self-loading pistol, hundreds of rounds of ammunition and 22 grenades from one container. 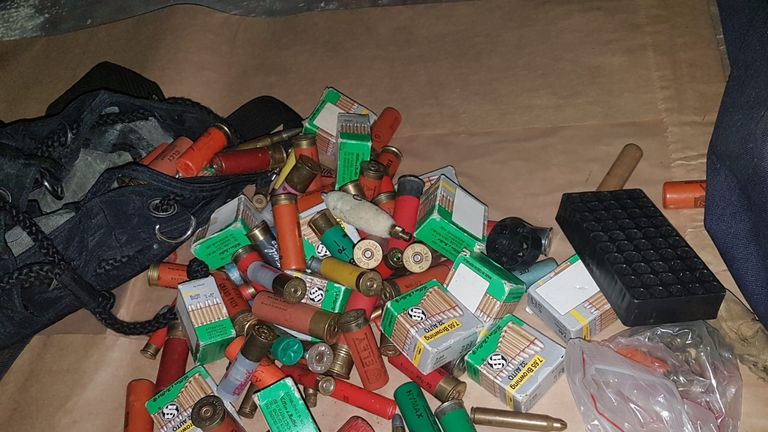 The stolen vehicles and drugs were found in other containers on the farm, the Metropolitan Police said.

A 31-year-old man is being held on suspicion of possession of firearms, ammunition and explosives with intent to endanger life.

Detective Chief Inspector James Harper said: “I have no doubt that removing these weapons from circulation has prevented death or serious injury.”

An investigation is under way and officers remained at the farm on Wednesday.

The incident is not being treated as terror related, police said.