Home » Business » Why Amazon Chose the Wrong Locations for Its HQ2

Why Amazon Chose the Wrong Locations for Its HQ2

So, the Amazon bragging rights go to New York City and the Washington, D.C., area. Why do I feel a little deflated?

Amazon’s choices for its secondary headquarters should be mostly good news for a New York City resident and frequent Washington visitor like me. New York’s airports, bridges, highways and tunnels may finally get the capital investment they desperately need. Maybe we’ll even get high-speed rail to Washington.

Long Island City, the Queens neighborhood that Amazon picked, will become a high-tech Brooklyn, with a bevy of new farm-to-table restaurants, craft cocktail watering holes and, naturally, the artisanal coffee roasters already ubiquitous in Seattle, all just a subway stop from Manhattan.

True, there may be more congestion, higher condo prices and other unwanted side effects, but a metropolitan area the size of New York shouldn’t have any trouble absorbing an additional 25,000 people.

And I guess that’s the source of my disappointment: For all the transformative potential of Amazon’s nationwide “HQ2” competition, neither New York City nor Washington (nor, to be precise, the Northern Virginia neighborhoods that are being rechristened National Landing) needed Amazon. They’re already thriving and bustling with affluent, well-educated millennials.

As Tom Stringer, head of site selection for the business consulting firm BDO, told me this week, Amazon’s choice “only reaffirms and cements the idea that we have two countries right now, the coasts and the interior.”

Even a large, sophisticated Midwestern city like Chicago would at least have been a nod toward America’s heartland.

With fond memories of growing up in a small city in the Midwest, where the population (and housing prices) have barely budged in recent decades, I admit to having a soft spot for some of the underdogs on Amazon’s list of finalists: Indianapolis; Columbus, Ohio; and Nashville. (The latter won a consolation prize from Amazon, which said it would build an “Operations Center of Excellence” there.) 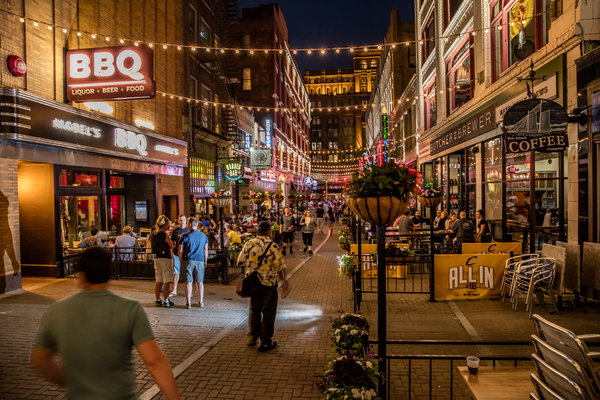 Picking one of those cities — or one that didn’t advance to Amazon’s final round, like Detroit, St. Louis or Cleveland — would have been transformative. And not just for those cities, but as an affirmation that there are great places to live in America that don’t offer ocean views and $3,000-a-square-foot condos.

“There are smaller cities in this country that are incredible places to live,” Mr. Stringer said. “They’re great places to raise families, they’re affordable, and they’re fun.”

In its initial request for proposals, Amazon emphasized many of those qualities, ranking costs second on its list of priorities. That led pundits to eliminate New York, San Francisco, Boston and Washington, all of them among the most expensive places to live or do business, according to KPMG’s annual Competitive Alternatives survey.

Among Amazon’s finalists, Pittsburgh, Philadelphia and Chicago had some of the lowest costs.

Of course, the potentially multibillion-dollar tax incentives that New York and Northern Virginia are lavishing on Amazon help compensate for the locations’ high costs. But presumably other cities dangled big tax breaks, too.

“Labor force” ranked third on Amazon’s list of criteria, but in the end, it seemed to be determinative. It was the first thing that Jeff Bezos, Amazon’s chief executive, mentioned when he announced the winners: “These two locations will allow us to attract world-class talent that will help us to continue inventing for customers for years to come.”

That, in part, reflects the same self-reinforcing tendencies that are driving creative, well-educated workers to the two coasts, with just a handful of high-tech, hipster enclaves (like Austin, Tex., and Denver, two Amazon finalists) in between.

“There’s a herding instinct,” Mr. Stringer said. “People in creative fields — medical research and technology, law, financial services — they all want to be in the same mix. That’s what makes them good. And for companies, their value-added quotient is rare, and it’s what everybody wants.”

It’s not Amazon’s obligation to help heal the growing divide between red and blue America. In holding the competition, it generated tremendous publicity, mostly favorable, and attracted enormous financial incentives, all of which will benefit Amazon’s shareholders. At the same time, the company, and Mr. Bezos in particular, might have considered that Amazon’s success has hollowed out aging downtowns and shopping malls across America, and that having at least one headquarters away from the coasts might have generated considerable political good will.

So where does that leave the heartland?

All isn’t lost. After reaching a nadir in the past decade, Detroit is staging a comeback, building on its automotive roots and attracting a new wave of hotels, restaurants and entertainment options. Communities away from the coasts shouldn’t be trying to lure the Amazons and Googles — already huge and well-established companies, Mr. Stringer said. They need to emphasize their strengths and incubate the Amazons of the future.

And who knows: The truly creative may want to break from the herd and do something original — like moving to St. Louis.