Home » Business » When It’s Time for Giving, Some People Circle Around

When It’s Time for Giving, Some People Circle Around

On election night, Amy Rowland and 250 others gathered to wait for results at Dumbo Loft, an old industrial building-turned-event space in Brooklyn. While some were focused on Senate and House races, Ms. Rowland was nervously awaiting numbers from Michigan’s state election.

Since February, she had been part of a group of 210 who were raising money to get enough Democrats elected to tip the balance of power in that state’s legislature. States are most directly responsible for education, health care and many other issues that affect people’s daily lives, so getting preferred candidates into local legislatures is critical, she said.

It was a mixed night for Ms. Rowland. To attain a Democratic majority in Michigan’s House of Representatives, her group needed nine seats to flip. Only six did, but she said that the hard work and the $230,000 she helped raise were worth it.

Ms. Rowland, a New York lawyer, had contributed to political campaigns before, usually by writing a check. But this year, when politics had energized the country, she formed a giving circle that chose to focus on Michigan, where it felt Democrats were underrepresented.

While similar to crowdfunding, in which hundreds or thousands of people come together to donate to a cause, giving circles allow dozens to pool dollars to donate to charities, nonprofits and political campaigns agreed on by the group.

Ms. Rowland’s giving circle, One State at a Time, is part of Future Now Fund, a political action committee (PAC) that wants to bring about change at the state level, and has helped organize 25 giving circles across the country.

Giving circles, most of which donate to community-focused nonprofits, have been around for years, but they have grown in popularity over the last decade. According to 2016 data from the Collective Giving Research Group, at least 1,600 giving circles were operating in the United States that year, triple the number in 2007; they have collectively given an estimated $1.29 billion in the years they have existed. (The oldest circle in the sample dates to 1982; the youngest started in 2016.)

Jason Franklin, who holds the W. K. Kellogg Community Philanthropy Chair at Grand Valley State University in Western Michigan and is a member of the Collective Giving Research Group, attributes the rise to people’s desire to feel closer to their communities. “We live in the most digitally connected moment ever,” he said, “and people report feeling more disconnected and isolated than ever.”

It is also easier to feel as if you were making a difference around big issues like climate change and women’s rights if your group is giving $100,000, versus an individual donation of perhaps $100, Mr. Franklin said.

Giving circles account for only a tiny fraction of the money donated to charity in any given year. In 2016, that total was $390 billion, while giving circles contributed only $30 million, according to the research group. 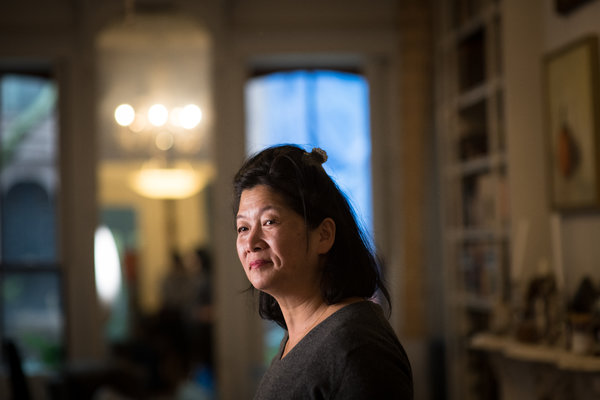 About 56 percent of circles are composed entirely of women, while 76 percent are at least 50 percent female, according to the research group. “They want to find and build community with others and solve problems together,” Mr. Franklin said, “patterns consistent with other research around gender norms in U.S. giving.”

In 2014, Eliza Rossman started the all-female AllInBklyn giving circle, focused on the needs of Brooklyn. Her 60-person group, which requires each member to donate at least $5,000 annually, gives about $300,000 a year to organizations like the Alex House Project, which supports pregnant women and young parents who live in poverty, and the Kings County Tennis League, which refurbishes tennis courts in public housing developments.

Each giving circle operates somewhat differently, but all follow a basic procedure: People come together, share ideas about which groups to support and then vote on who should receive the funds.

Ms. Rossman’s circle has an initial meeting in October, when about 40 people gather to hear a speaker discuss a community-related topic. Members have until mid-November to suggest recipients. Ms. Rossman asks each of those organizations to submit a request outlining the funding it would like to receive.

In January, everyone gathers to hear members give a brief presentation on each group. A list of around 30 is pared down by about half, and then circle members are assigned to visit the nonprofits that have made that cut.

At the end of April, all 60 members take a final vote on funding those organizations, and in May, AllInBklyn gives a party where the circle and its grantees celebrate.

The Asian Women Giving Circle, founded by Hali Lee in 2005 to support arts and cultural projects led by Asian-American women, takes a different approach. This 25-member group has a minimum $2,500 annual contribution; each member can raise those funds or donate them herself.

While the members help Ms. Lee and the group’s steering committee whittle down about 75 funding applications to around a dozen finalists, all who gave money to help members reach their donation goals get a final vote. This year, the circle raised $89,000 for eight charities.

The gatherings aim to create bonds among members and help develop deeper community connections. Many in Ms. Rossman’s circle sit on the boards of the nonprofits they have funded, and some have made lifelong friends.

“These women have become part of my New York City family,” Ms. Lee said. “We half joke that we should find an apartment building in Queens and move in together.”