Wall Street heads for subdued start ahead of jobless claims

LONDON (Reuters) – Wall Street was headed for a subdued start on Thursday as investors waited for fresh clues on the economy from jobless claims, hoping the data will help persuade Congress to finally agree on a COVID-19 stimulus package.

FILE PHOTO: The Nasdaq building in Times Square is illuminated in blue as part of the “Light It Blue” initiative to honor healthcare workers, during the outbreak of the coronavirus disease (COVID-19), in New York City, New York, U.S. April 23, 2020. REUTERS/Eduardo Munoz/File Photo

E-Mini futures for S&P500 were flat, in line with European markets.

Stocks had risen to global record highs, pushing down the dollar as investor appetite for risk recovered on news that a vaccine for COVID-19 was imminent, starting in Britain next week.

The U.S. Food and Drug Administration is holding its advisory committee meeting next week, and New York Governor Andrew Cuomo has said the state’s first vaccine delivery, enough for 170,000 residents, is expected on Dec. 15.

“Markets have pulled forward and bridged the gap between where we were pre-vaccine and where we are going to be when everyone has got the shot,” said Ned Rumpeltin, European head of currency strategy at TD Securities.

“It puts a floor under the long-term risks, but there are plenty of short-term ones in the interim that we need to sort out,” Rumpeltin said.

Signs of continued scarring are expected in the latest U.S. weekly initial jobless claims figures due at 1330 GMT, with a Reuters poll expecting 775,000 claims in the week ended Nov. 28, from 778,000.

Surveys on the huge U.S. services sector and car sales are also due later in the morning.

The dollar index slipped 0.2% to a two-and-a-half-year low of 90.774 on Thursday. The MSCI’s gauge of stocks across the globe hit another record high.

There is still no deal yet in the U.S. Congress on a $908 billion boost to the world’s biggest economy.

Markets were keeping an eye on talks between Britain and the European Union on a trade deal, with less than a month to go before the UK’s full departure from the EU.

Sterling clung to $1.34 thanks to dollar weakness and hopes that Britain can strike a Brexit trade deal with the EU before the UK’s exit from the single market on Dec. 31.

The STOXX index of European companies was slightly lower, dragged down by a 0.4% drop in Frankfurt and Paris blue chips. The FTSE 100 hit June highs.

COVID’s effects were evident in Europe on Thursday. The IHS Markit’s composite PMI, considered a guide to economic health, sank to 45.3 in November from October’s 50.00, the level separating growth from contraction.

But optimism recovered on hopes raised by a vaccine, the IHS Markit survey showed.

Asian shares were mixed on Thursday after a choppy day of Wall Street trade, thanks in part to a disappointing U.S. jobs report.

Hopes that the pandemic will finally be brought under control sparked a risk-on rally in currency markets with the Australian and New Zealand dollars advancing.

In Asia, Japan’s Nikkei was unchanged while South Korea’s KOSPI and Australia’s benchmark index were about 0.4% higher each. Chinese shares opened lower, with the blue-chip CSI300 index off 0.2%. New Zealand shares were weaker, too.

In commodities, oil prices slipped on Thursday as producers including Saudi Arabia and Russia locked horns over the need to extend record production cuts set in place in the first wave of the COVID-19 pandemic. [O/R] 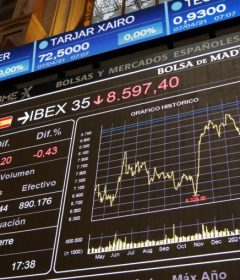 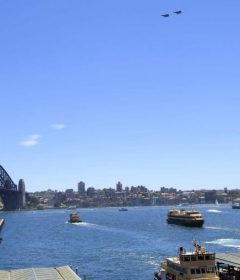