Home » Business » Visions of a Tech Hub? Landing Amazon Is Just a Start

Visions of a Tech Hub? Landing Amazon Is Just a Start

When Amazon announced plans to build a second headquarters somewhere in North America, it set off a competition for a sort of new-economy golden ticket, a chance for one city to become, almost overnight, a magnet for the high-paying jobs and entrepreneurial spark that are hallmarks of urban success in the 21st century.

A year later, Amazon appears poised to transform two communities, not just one. But the central question — will that transformation be for the good or the bad? — has not changed. Economists, urban planners and other experts say the answer could hinge on decisions in the coming months by the company and by the state and local officials who worked so hard to woo it.

“This is not about a one-time deal,” said Amy Liu, director of the Metropolitan Policy Program at the Brookings Institution. “This is about whether Amazon and these winning communities are going to create a long-term partnership to minimize the negative impact of supersonic growth.”

Amazon may have made that job a bit easier. Splitting the project, known as HQ2, between two cities should ease the pressure on housing and infrastructure that critics have feared. And the company seems to have zeroed in on places able to handle an influx of workers.

Amazon’s list of 20 finalists, announced in January, included midsize cities like Indianapolis, Nashville and Columbus, Ohio, that many experts said might struggle to absorb what was then expected to be about 50,000 jobs. But Amazon is reportedly completing plans for sites in New York City and the Washington area, megalopolises with multiple airports, extensive if strained public transit systems and elite universities.

The likely locations — Long Island City, a neighborhood in Queens, and Crystal City, a part of Arlington, Va. — are outside their regions’ central business districts and have room for development. And while Washington and New York rank among the country’s most expensive housing markets, both have experienced a recent boom in apartment construction, and rents there have fallen slightly over the past year, according to data from the real estate site Zillow. Even the full, undivided HQ2 project would have pushed up rents less than 1 percent per year in New York and Washington, according an analysis performed by Zillow this year.

“Those two markets were in the leading edge of rental slowdowns,” said Aaron Terrazas, a Zillow economist. “There is definitely a lot more supply in those markets than there was in Seattle a decade ago.”

The specter of Seattle has loomed over the HQ2 debate. Its economy has boomed since Amazon moved into the South Lake Union neighborhood in 2007. But many residents complain that growth has come at the cost of affordability and livability. Although Amazon has never said so explicitly, its tense relationship with its native city may have contributed to its decision to search for a second home.

In New York and Virginia, Amazon has a chance for a fresh start. And those places have an opportunity to learn from Seattle’s mistakes.

“When Amazon moved into its South Lake Union headquarters, no one knew that it was going to become the global phenomenon that it is today,” Mr. Terrazas said. “In Seattle there was a lot of catch-up in housing development, catch-up in infrastructure.”

New York and Virginia, by contrast, can start planning immediately to build housing, expand infrastructure and improve transit systems. If they do, Amazon could be the nudge that regions needed to address longstanding challenges, said Sarah Rosen Wartell, president of the Urban Institute, a Washington-based think tank.

“There is a way that something like this focuses the mind,” Ms. Wartell said. “Amazon or no Amazon, all of our major housing markets and communities that are thriving are dealing with the consequences of growth.”

The key is ensuring that policies benefit all residents, not just highly paid tech workers that Amazon will employ directly, Ms. Wartell said. That means building housing for low- and middle-income families, not just luxury condominiums, and improving transit options in poorer neighborhoods. 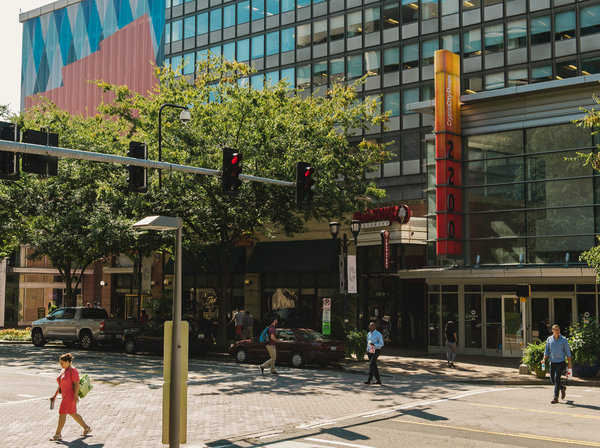 Critics are skeptical of that prospect. Lauren Jacobs, executive director of the Partnership for Working Families, a network of local advocacy organizations, said Amazon should make specific promises to train and hire workers locally, rather than just bringing them in from out of town.

“Many of our neighbors are still struggling in this economy, and this could be an amazing transformational thing to have 25,000 jobs come to the community,” she said. “But we have to ensure we don’t see another wave of mass displacement of working-class residents.”

Some of the HQ2 finalists promised enormous tax incentives to try to lure Amazon to their cities — a strategy criticized by many economists, who say such deals rarely pay off. It isn’t yet clear what subsidies Virginia and New York offered Amazon, but there are signs the project didn’t come cheap. Gov. Andrew M. Cuomo of New York said Monday that the state had offered “a great incentive package,” and quipped that he would change his name to “Amazon Cuomo if that’s what it takes” to land the deal.

Timothy J. Bartik, an economist for the Upjohn Institute in Kalamazoo, Mich., who has studied tax incentives, said comments such as Mr. Cuomo’s were concerning. He and other economists worry about a “race to the bottom,” where state and local governments compete to offer ever-bigger subsidies.

In one case, Wisconsin offered billions of dollars in incentives to attract a manufacturing plant from Foxconn, a Taiwan-based technology company. Since the project was announced last year, the price tag has grown, while the number of jobs has not. Mr. Bartik estimated this year that Wisconsin was paying more than eight times as much per job for the project as it did in earlier deals.

But not all incentives are created equal, he noted. Efforts to streamline regulatory and permitting processes, for example, can make projects more attractive to companies without costing taxpayers much if anything. And investments in infrastructure or job training can reap benefits for the community even if they are initially promised as a way to help a specific company.

“I would be trying to leverage this into improvements that wouldn’t just benefit Amazon but benefit you more broadly,” Mr. Bartik said.

Boosters of the Amazon project hope for even more transformational results. In the late 1990s, for example, Alabama offered large tax incentives to attract a factory from Mercedes-Benz, and South Carolina did the same with BMW. Those deals helped create vibrant automaking industries that employ thousands and have helped lift regional economies. In some counties in the region, one in 10 workers is employed in the auto industry.

New York and Washington, of course, are a far cry from the rural Southeast. And white-collar tech jobs at Amazon require different skills than the factory jobs created by Mercedes and BMW.

But Mark Zandi, chief economist for Moody’s Analytics, pointed to parallels. Amazon and other technology companies employ not just hotshot graduates of Stanford and Caltech but also thousands of lower-level programmers, data analysts and other workers who have technical skills but not advanced degrees.

Amazon’s decision could change the pecking order among technology hubs, in which New York and Washington have lagged behind San Francisco, Seattle and Boston.

“I think it does set these cities up to be rivals to Silicon Valley a generation or two down the road,” Mr. Zandi said. “It could be the catalyst.”

Amazon’s arrival will also mean more demand for the pool of tech workers in New York and Washington. That worries some start-ups, who already compete with Google, Facebook and other giants that have set up offices there.

But Sam Mandel, senior vice president at Betaworks, a company that develops and invests in start-ups, said Amazon would be a net benefit for the tech sector.