One of the most perplexing phenomena last year has been the performance of stock markets. Unperturbed by more than 60 million confirmed cases of Covid-19 and 1.5 million deaths, share prices continued their upward trajectory.

As global economic activity contracted by more than 4 per cent and hundreds of millions of jobs were lost, stock market indexes reached new all-time highs.

The MSCI ACWI, a global equity index, rose 10 per cent last year. The S&P 500, which tracks the performance of 500 large companies listed on United States stock exchanges, dropped 35 per cent between Feb 20 and March 23 last year, only to recoup its losses in the months that followed.

It is now up 13 per cent for the year. In China and Japan, respectively, the Shanghai Stock Exchange Composite and the Nikkei 225 are up 12 per cent and 13 per cent.

The contradiction between financial optimism and economic despair, while particularly drastic last year, is not new. An unprecedented accumulation of assets by central banks in the US, Europe and Asia, which began in 2008 after the financial crisis, has inflated prices of shares, corporate bonds, precious metals and real estate to ever higher levels.

While stock indexes have tripled or quadrupled in the last 10 years, the global economic recovery has been sluggish.

A recent report by the European Securities and Markets Authority – highlighting “the risk of a potential decoupling of financial market performance and underlying economic activity, which raises the question of the sustainability of the current market rebound” – seems to finally confirm what many experts had been saying for years: Financial markets no longer reflect the real economy.

This is not to dismiss markets as mere artefacts. Equity prices, in particular, reveal investor preferences, sentiment and future expectations about companies, industry sectors and the economy as a whole.

In the United States, the best-performing stock market sectors year-to-date are technology (33 per cent) and consumer discretionary (26 per cent).

The worst-performing sectors are energy (-34 per cent) and financial services (-7 per cent). Energy companies are suffering from low oil and natural gas prices due to oversupply and weak demand. Loan defaults and depressed economic conditions will impact bank balance sheets and profitability for years to come.

The performance of the first two sectors is more surprising. Technology and consumer discretionary shares have traditionally been viewed as “cyclical”, which is to say that they rise and fall with the business cycle.

As hundreds of millions across the world were confined to their homes during extended lockdown phases, they were not spending any money on travel, eating out, movie tickets or other entertainment.

Instead, they splurged on consumer durables such as kitchen appliances, washing machines, television sets and furniture; bought the latest gadgets such as laptop computers, monitors and gaming consoles; and generally spent more time online consuming and producing digital content.

There are also other factors at work.

One factor that must be mentioned is the “Amazon effect”. Most consumer discretionary sector indexes and exchange-traded funds (ETFs) include Amazon shares. For example, the Consumer Discretionary Select Sector SPDR ETF, managed by US firm State Street, allocates 22 per cent of its US$17 billion (S$22.5 billion) assets under management to Amazon stock. Amazon shares gained 73 per cent this year. If Amazon were excluded, the year-to-date performance of the ETF would be in line with the overall market.

Something similar has been happening in the technology sector whose performance has been led by a handful of stock market heavyweights: Apple (62 per cent year-to-date), Microsoft (38 per cent) and Alphabet (34 per cent), all of which have market capitalisations well in excess of US$1 trillion.

In order to make sense of the stock market paradox, we need to look at the largest technology firms: Apple, Microsoft, Amazon, Alphabet (the parent company of Google), Facebook (35 per cent year-to-date) and, outside of the United States, Tencent (59 per cent) and Alibaba (30 per cent). What these seven firms have in common is that they operate various types of digital platform business models. Examples include advertising platforms (Google Search, Facebook, Tencent’s WeChat), e-commerce platforms (Amazon, Alibaba), cloud platforms (Amazon Web Services, Microsoft Azure, Alibaba Cloud, Apple iCloud) and developer platforms (the Google and Apple app stores).

Platforms have not only made our lives more convenient, but the whole economy now depends on them for its normal functioning. The services provided by platforms are arguably as essential as electricity, water and Internet connectivity. Their dominance stems from three factors. First, so-called network effects, in which the value of the platform increases with the number of users. Second, economies of scale and scope, and third, the ability to extract large amounts of user data for free.

This has resulted in winner-take-all markets in which only one or two companies dominate.

In Britain, for example, Google processes more than 90 per cent of online searches, with Microsoft Bing a distant second. Google and Facebook’s combined market share in digital advertising is more than 50 per cent. In China, Baidu captures three out of every four online searches; more than half of retail e-commerce sales go to Alibaba.

Globally, Google (Android) and Apple (iOS) have enjoyed an unchallenged duopoly over mobile phone operating systems for more than 10 years. In cloud infrastructure services, Microsoft, Google and Alibaba have in recent years tried to narrow the gap to Amazon, which controls about a third of the market.

Google and Facebook both reported net income margins above 20 per cent in 2019. Amazon is on track for its best financial result ever. Its net income of US$ 14.1 billion for the first nine months of last year is 70 per cent higher than in the same period in 2019.

Nobody knows when and how the stock market party will end. Some optimists point to the fact that about half of the world’s population is not yet connected to the Internet, representing a huge untapped market. Others proclaim that the Covid-19 crisis will surely “accelerate” an ongoing economic transition towards digitalisation and automation.

However, before committing hard-earned savings to the stock market, one should remember that monopoly profits are, by their very nature, transitory. In his classical work, The Theory Of Economic Development, first published in 1911, Austrian-American economist Joseph A. Schumpeter described how excess profits (now called “Schumpeterian rents”) first incentivise entrepreneurs to innovate, then induce new players (“imitators”) to enter the market. As a result, profits are eroded and a new cycle can begin.

The economy is cyclical. There is nothing natural about sustained excess profits. If history is any guide, new firms will emerge and displace the digital behemoths of today. Our current infatuation with all things digital may be superseded by more pressing challenges. As 2020 has shown, the existential threats that humanity faces (pandemics, wars, climate change) cannot be solved by technology. If anything, succumbing to the myth that “technology will save us” only sows the seeds for another, potentially more serious, disaster.

• Andreas Deppeler is adjunct associate professor and deputy director of the Centre on AI Technology for Humankind at the National University of Singapore’s Business School. 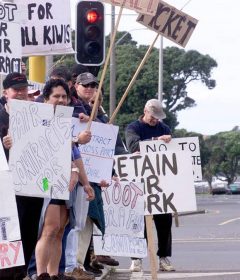 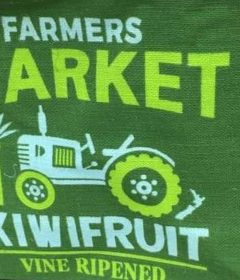