(Reuters) – Asian stocks were set to join a global sell-off on Thursday as worries about surging coronavirus cases in Europe and the United States sent investors scrambling for safe-haven assets.

FILE PHOTO: People wearing protective face masks, following an outbreak of the coronavirus disease (COVID-19), look at a stock quotation board outside a brokerage in Tokyo, Japan, March 10, 2020. REUTERS/Stoyan Nenov

MSCI’s gauge of stocks across the globe was down 2.89%.

Surging coronavirus cases in the United States and Europe were a growing concern as French and German leaders announced new lockdown measures to combat rising infections. Worsening matters for investor enthusiasm were dwindling hopes for any imminent U.S. economic relief package with a presidential election less than a week away.

“Risk sentiment took a nose dive on Wednesday amid more concern around the spread of COVID-19 and renewed restrictions in Europe,” ANZ analysts wrote in a note. “This was seen alongside ongoing concerns about failure to agree on U.S. fiscal aid before the election next week, adding to a weak economic picture.”

U.S. and European stocks faced a brutal trading day on Wednesday with major Wall Street indices down 3% and the Dow at its lowest levels since late July. Energy and technology stocks led the declines.

Wall Street’s “fear gauge” is on pace for its biggest weekly jump since March, when the pandemic took off in the United States. The Cboe Volatility Index surged on Wednesday to its highest level since June, ending at 40.28.

Looming large ahead is Thursday’s advance report on U.S. third-quarter economic growth, with analysts expecting record growth but not enough to make up for the hit from the pandemic.

A closely watched estimate model used by the Atlanta Federal Reserve shows third-quarter growth at a 37% annualized pace, which would only account for about 71% of the $2.2 trillion in lost output so far in 2020.

Investors seeking a safe-haven moved into the greenback with the dollar index rising 0.3% against a basket of six currencies.

The flow to the dollars weighed on gold with the yellow metal settling down 1.56% at $1,877.06 per ounce, after falling as much as 2% on Wednesday. 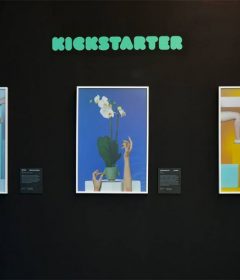 Kickstarter will move its crowdfunding platform to blockchain 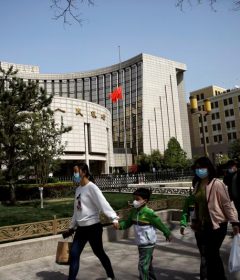 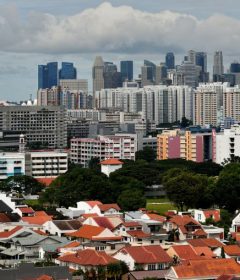 Why and when growing mortgage debt alarms policymakers