SYDNEY (Reuters) – The British pound lay battered and bruised in Asia on Friday after a bout of political turmoil fanned fears the country could crash out of the European Union without a divorce deal. 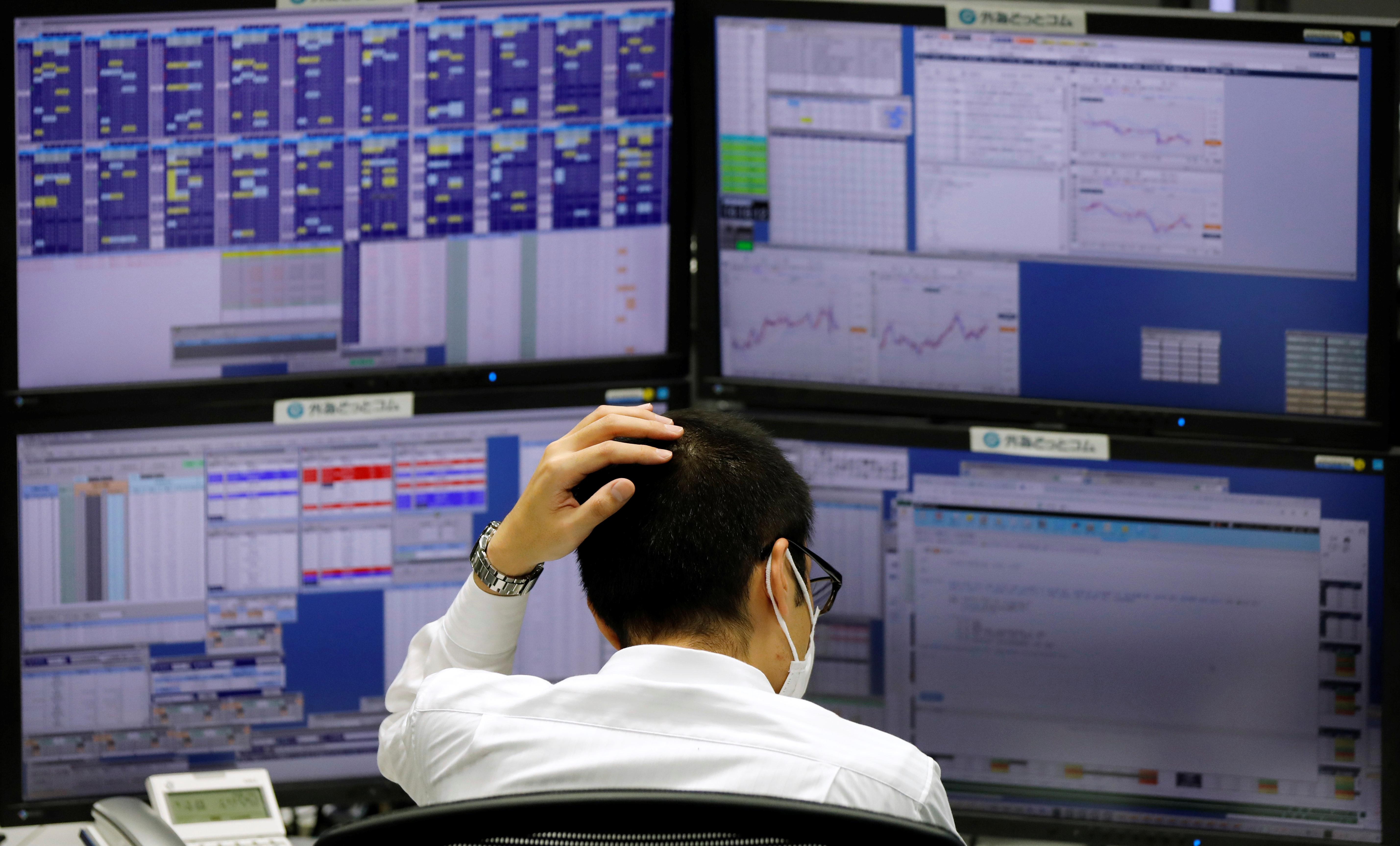 Asian share markets fared better as hopes for a thaw in Sino-U.S. trade relations gave Wall Street a fillip, though there were dueling reports on the prospects for an actual agreement.

MSCI’s broadest index of Asia-Pacific shares outside Japan was ahead 0.26 percent in early trade, while Japan’s Nikkei added 0.2 percent.

Still, sterling stole the limelight after a rash of resignations rocked Prime Minister Theresa May’s government and threw into doubt her long-awaited Brexit agreement just hours after it was unveiled.

Fears that May’s hard-fought deal could collapse sent British markets into gyrations not seen since the June 2016 referendum on EU membership.

The pound suffered its biggest one-day loss against the euro since October 2016 and was last at 88.63 pence. Against the dollar, it was huddled at $1.2777 after shedding 1.6 percent overnight.

“Whether the Prime Minister resigns or is challenged for the leadership is uncertain. And, whether there is a second referendum and/or an election is uncertain.”

All of which helped British bonds rally sharply as investors wagered the political chaos and risk of a hard Brexit would deter the Bank of England from tightening anytime soon.

Absent the British drama, investors chose to be optimistic on the chance of progress on tariffs between the United States and China.

A Financial Times report said U.S. Trade Representative Robert Lighthizer has told some industry executives that another round of U.S. tariffs on Chinese imports has been put on hold.

CNBC later reported that Lighthizer’s office had denied the story, but markets were cheered anyway.

Also under water was the crypto currency Bitcoin which hit a one-year trough overnight after tumbling 10 percent early in the week when support at $6,000 gave way. It was last changing hands at $5,563.46 on the Bitstamp platform.

Oil prices regained a little composure after their recent drubbing, helped by a decline in U.S. fuel stockpiles and the possibility of a cut in OPEC output. [O/R]