TÁNAISTE Simon Coveney held secret talks with the UK’s Brexit Secretary last night amid growing expectation that a deal can be finalised.

Mr Coveney spent 90 minutes with Dominic Raab in London – but only revealed the meeting this evening while in Paris.

He described it as “very frank and long discussions”.

It comes as details of a letter in which Mr Raab signals a Brexit deal could be agreed by November 21 emerged.

How to maintain an open border on the island of Ireland after Brexit remains the key stumbling block to a deal.

But Mr Raab wrote to the UK Parliament’s Exiting the EU Committee in recent days saying he will give evidence to them “when a deal is finalised, and currently expect November 21 to be suitable.”

Mr Coveney is in Paris this evening where he said major progress will have to be made in the next week for this deadline to be met.

He was speaking alongside French Foreign Minister Jean-Yves Le Drian who said a “moment of truth” is coming for the UK.

Mr Coveney said it is “possible to get a deal in November” but it will have to include the so-called Irish ‘backstop’.

“I think it is up to the negotiating teams, but the British side in particular. If they want to conclude the text of a withdrawal treaty in November then the negotiations need to intensify and the commitments they’ve already need to be followed through on.

“We all know what the remaining barrier is. It’s very much linked to the Irish border question and the backstop that has been committed to last December and last March,” he said.

The Tánaiste added: “If there were to be a summit as soon as the November 20 or 21 then effectively there would need to be a signal from the negotiating teams next week in order to put the machinery in place [for an EU leaders summit].” 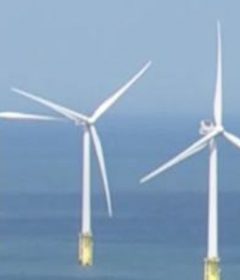