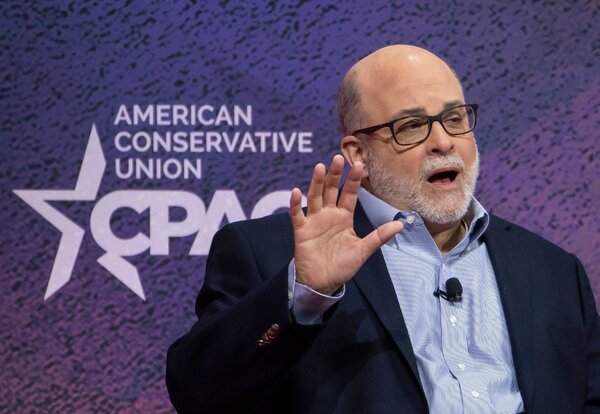 When the coronavirus death toll in the United States passed 200,000 on Tuesday, matching projections made by White House experts this spring, many of the right-wing media personalities who had mocked the estimates as overblown were quiet.

The death toll, tracked by Johns Hopkins University and a New York Times database, is most likely an undercount, many public health experts believe. At least 266,000 more people have died in the United States during the pandemic than would have been the case during a typical year.

Mark Levin, the host of a syndicated radio show and a Fox News program, declared on Twitter on Wednesday that “THE U.S. DID NOT SURPASS 200,000 COVID-19 DEATHS.” As evidence, he cited data from the Centers for Disease Control and Prevention showing that 94 percent of the reported deaths involved underlying health problems and that 6 percent of the people who died had no illness or medical condition other than Covid-19.

Mr. Levin was one of several popular radio hosts who have used the C.D.C. statistic to make a case that the pandemic death toll was inflated, a false claim that was also promoted by a supporter of the QAnon conspiracy theory and amplified by President Trump in a post that Twitter removed last month.

Health experts have repeatedly debunked that interpretation of the data. Earlier this month, Dr. Anthony S. Fauci, the country’s leading infectious disease expert, tried to clear up any misconceptions during an appearance on “Good Morning America.”