Brexit is being blamed for continuing uncertainty in the housing market, with prices expected to edge downwards over the coming months.

Demand from buyers is falling, with the number of new inquiries down for the eighth consecutive month, according to The Royal Institution of Chartered Surveyors (RICS).

And the average time for a home to sell – 19 weeks – is the longest since 2017, which is the joint lowest since the institution started recording this.

The south east of England had the longest selling times – an average of 21.5 weeks.

Along with London, property prices in the South East are suffering most, with no respite expected for at least a year, according to surveyors.

Prices elsewhere are falling but the trend is expected to reverse in the long-term future.

Britain’s housing market has slowed since the June 2016 Brexit vote, although some recent indicators suggested it might be bottoming out.

RICS said 24% of surveyors saw house prices falling in March, with predictions of a “modest fall” in prices at the national level over the next six months.

The bright spots were Scotland and Northern Ireland, the only parts of the UK to see sustained price growth over the past two months.

The survey also showed that average stock levels were close to a record low at slightly over 42 properties per branch in March – a slight increase from February when the number was just under 42.

Simon Rubinsohn, RICS chief economist, said: “Brexit remains a major drag on activity in the market with anecdotal evidence pointing to potential buyers being reluctant to commit in the face of the heightened sense of uncertainty.

“Whether any deal provides the shift in mood music envisaged by many respondents to the survey remains to be seen but as things stand, there is little encouragement to be drawn from key RICS lead indicators.

“We expect transactions to decline on this basis.” 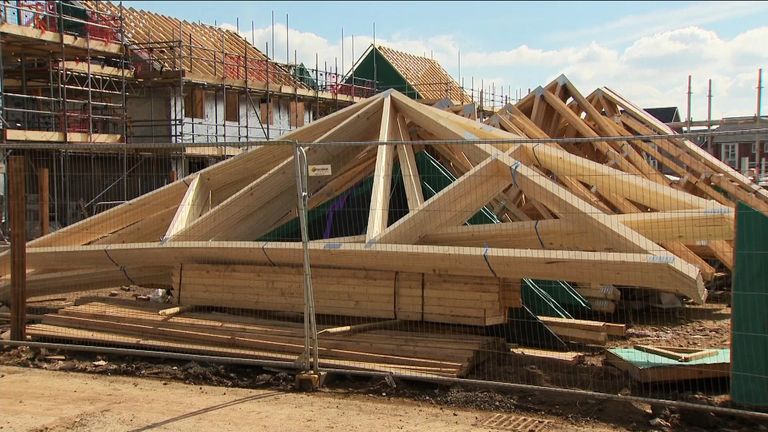 Among the comments from surveyors, the word Brexit featured regularly.

John Halman in Wilmslow said: “Sadly with the ongoing Brexit saga not being achieved we have seen a drop in valuations and sales at a time of year when we would normally expect activity to be rising.”

And David Knights in Ipswich said the market continued to be “quite dominated by the Brexit discussions”.

He added: “Sales of good quality houses in the right areas at the right price do generate interest but new instructions and buyer enquiries remain weak.”

John Frost in Beaconsfield added: “The market remains very unstable with prices continuing to fall and buyers are not willing to offer what the clients expect. There is a long way to go before the market reaches bottom!”

In the London borough of Merton, Andrew Scott Robertson said March had been the “busiest month for new registrations and number of viewings”. But he added: “The results were disappointing, one offer every 15 viewings and one sale every 20. That is tough but motivation is not the problem.”

In Pimlico, London, James Gubbins said: “Instructions tailing off after a busy start to the year. Buyers remain cautious in respect to Brexit.”