Jo Johnson has signalled that more ministers may be poised to quit over Prime Minister Theresa May’s Brexit plans.

Mr Johnson, whose bombshell resignation as transport minister took Westminster by surprise, said if other senior Tories followed suit, “good on them”.

Calling for a second referendum to be held on Brexit, Mr Johnson denounced the choice between Mrs May’s deal plans or a no-deal scenario as a “failure of British statecraft on a scale unseen since the Suez crisis” that had left Britain facing “vassalage” or “chaos”.

However, Labour leader Jeremy Corbyn distanced himself from Mr Johnson’s demand for a new Brexit vote.

Asked whether other ministers should quit over the issue, Mr Johnson told BBC Radio 4’s Today programme: “I think this is so important that it’s up to MPs to take a stand.

“I’ve done so, if others feel that it’s right for them to do so, good on them.”

He added: “It’s for each MP to come to his or her own view.

“This is one of the most momentous questions we will ever face in our political careers.

“And everybody is thinking very hard about it.

“Of course I talk to colleagues across Parliament and those conversations always remind me of how deeply MPs think about their responsibilities, and I know many are reflecting hard about the deal that’s looming and how they will respond to it.

“But it’s obviously for each of them to work out how best to respond to those questions.”

Mr Johnson insisted his resignation was not an attempt to oust the PM.

“My priority is really just to do my bit as a now backbench MP to try and encourage the country to pause and reflect before we do something that is irrevocably stupid.”

Calling for a new referendum, Mr Johnson said: “My view is that this is so different from what was billed that it would be an absolute travesty if we do not go back to the people and ask them if they actually do want to exit the EU on this extraordinarily hopeless basis.”

Asked if his brother Boris Johnson had lied to voters during the referendum about Brexit, the former transport minister said: “In the campaign there were undoubtedly promises made that have shown to be undeliverable. No one can dispute that.”

Mr Johnson said his role as transport minister had caused him concern about the impact of a no-deal outcome.

Asked if he could agree with Mr Johnson’s call for a new referendum, Mr Corbyn said: “Not really, no.”

Speaking during a visit to north-east England, the Labour leader added: “The referendum took place.

Mr Corbyn was dismissive of the Chequers Brexit plan put forward by Mrs May in the summer, saying: “After all, most of the Cabinet don’t agree with Chequers.

“Seven ministers have already resigned over Chequers, and we’ve got two Johnsons at war with each other over Chequers.

“Maybe three Johnsons. Dad’s joined in as well, I understand.”

Mr Corbyn said any Brexit deal presented to the Commons would have to be measured against six tests already set out by Labour on issues like a customs union and the Northern Ireland border.

Mrs May is also under pressure from the DUP over her Brexit plans, as well as Eurosceptic Tories.

But calls for a second Brexit referendum have been attacked by ex-first secretary of state Damian Green.

He told the Today programme: “My basic disagreement with Jo is about the need for a second referendum.

“I think a second referendum would be divisive, but it wouldn’t be decisive.

“All the evidence is that the country is still, more or less, split down the middle.”

International Trade Secretary Liam Fox told Sky News: “The Government is planning for no deal as we have for some time.

“There have always been some who want to punish Britain for our decision to leave the EU which, of course, was our legal right.” 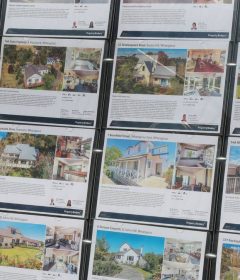 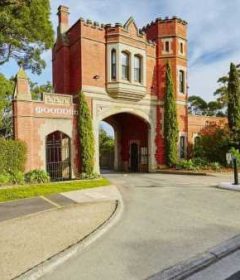 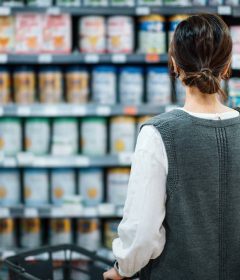