Oil bounces by $1 per barrel after 6-percent plunge, but outlook still weak

SINGAPORE (Reuters) – Oil bounced by around $1 a barrel on Wednesday to claw back some of the previous day’s 6 percent plunge, lifted by a report of an unexpected decline in U.S. commercial crude inventories and record Indian crude imports. 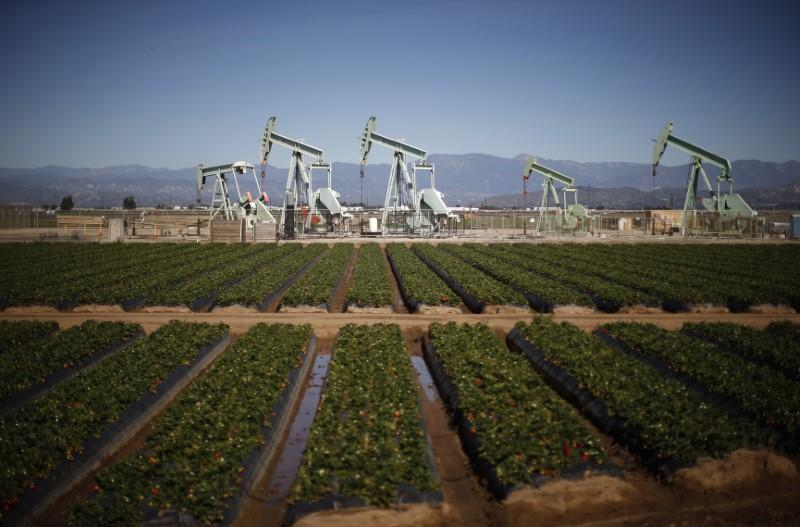 But investors remained on edge, with the International Energy Agency (IEA) warning of unprecedented uncertainty in oil markets due to a difficult economic environment and political risk.

Wednesday’s rebound came after a report by the American Petroleum Institute late on Tuesday that U.S. commercial crude inventories last week fell unexpectedly by 1.5 million barrels, to 439.2 million, in the week to Nov. 16.

Yet Wednesday’s bounce did little to reverse overall market weakness, which saw crude tumble by more than 6 percent the previous session amid a selloff in global stock markets.

“The global economy is still going through a very difficult time and is very fragile,” IEA chief Fatih Birol said on Tuesday.

With output surging and the demand outlook deteriorating, the Organization of the Petroleum Exporting Countries (OPEC) is pushing for a supply cut of between 1 million and 1.4 million bpd to prevent a repeat of the 2014 glut.

“We would anticipate further weakness until the reaction from OPEC+ (Dec. 6) and the G20 summit is clearer (Nov. 30/Dec. 1),” said Ashley Kelty, oil analyst at investment bank Cantor Fitzgerald Europe.

Despite an expectation of OPEC-led cuts, Brent and WTI prices have slumped by 28 and 30 percent respectively since early October, and the entire structure of the forward price curve has changed.

The Brent forward curve <0#LCO:> was in steep backwardation in October, implying a tight market with prices for spot delivery higher than those for later dispatch. This makes it unattractive to store oil.

Since then, however, the curve has moved into contango for most of 2019, implying oversupply as higher prices further out make it attractive to store oil for later sale.

“A recovery in prices will… require that the Brent forward curve returns into backwardation from its sudden and significant flattening,” Goldman said.

U.S. crude oil production C-OUT-T-EIA has jumped by almost a quarter this year, to a record 11.7 million bpd largely because of a surge in shale output.

(GRAPHIC: The oil price slump is being led by U.S. crudes – tmsnrt.rs/2PHBCpL)