(Reuters) – Alphabet Inc’s (GOOGL.O) Google is nearing a deal to buy or lease an office building in New York City that could add space for more than 12,000 new workers, The Wall Street Journal reported on Wednesday, citing sources. The plan, would give Google room for nearly 20,000 staff in the city, including those it has now, WSJ said.

Google’s reported plan for expansion in New York comes at a time when Amazon.com Inc (AMZN.O) could add 25,000 jobs if it chooses the city as one of the sites for a major new office.

Amazon said in September last year that it was seeking a site for a second corporate headquarters that would eventually employ up to 50,000 people. But it now plans to split its new headquarters between two sites, including Long Island City in New York, sources told Reuters.

Google, which already employs about 7,000 in the city, has its New York headquarters at 111 Eighth Avenue, one of the city’s largest buildings that it bought in 2010.

Google also plans to expand its existing property at Chelsea Market by about 300,000 square feet, WSJ said citing people briefed with the matter.

Google closed a $2.4 billion deal to buy New York’s Chelsea Market in March, expanding the company’s presence in the city’s technology corridor along the Hudson River.

Owner of the St. John’s Terminal, Oxford Properties Group, did not respond immediately with a comment. 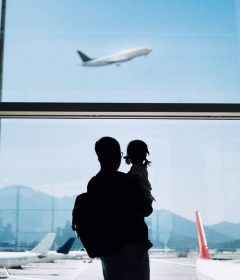