NEW YORK (Reuters) – Hundreds of flights were grounded or delayed at New York-area and Philadelphia airports on Friday as air traffic controllers called in sick hours before President Donald Trump announced an end to the 35-day partial shutdown of the U.S. government.

Trump said on Friday he had reached a deal with U.S. lawmakers for three weeks in stop-gap funding that would end the budget stalemate with Democrats.

The Federal Aviation Administration issued a ground stop for flights destined for New York’s LaGuardia Airport on Friday morning before lifting it about an hour later. Staff shortages also delayed flights at Newark Liberty International Airport and Philadelphia International Airport, according to the FAA.

About a third of incoming flights to LaGuardia were delayed as of late Friday morning, according to the FlightAware tracking service.

Hundreds of thousands of federal workers have been furloughed or, as with some airport workers, required to work without pay, during the shutdown. Some federal agencies have reported much higher absence rates among workers who were working without paychecks.

John Hitt, a 51-year-old lawyer based in Boston, had expected to fly to Milwaukee via LaGuardia on Friday morning to visit his terminally ill aunt, but Delta Air Lines told him his flight was delayed for at least two and a half hours.

“I’ve had to scratch the trip, eat the cost of a rental car cancellation and now I’m starting over to figure out when I could get there,” Hitt said in a telephone interview. “With the uncertainty now created by the shutdown, it’s making me hesitant to fly.”

Delta said about 200 of its flights were delayed at LaGuardia and other Northeast airports.

Paul Rinardi, president of the National Air Traffic Controllers Association, said on Friday the association does not condone employees joining any coordinated activity that compromises safety, but that many controllers have reached “the breaking point.”

FAA air traffic controllers guide the takeoff and landing of planes carrying 2.2 million passengers daily, a job the FAA describes as having zero margin for error. 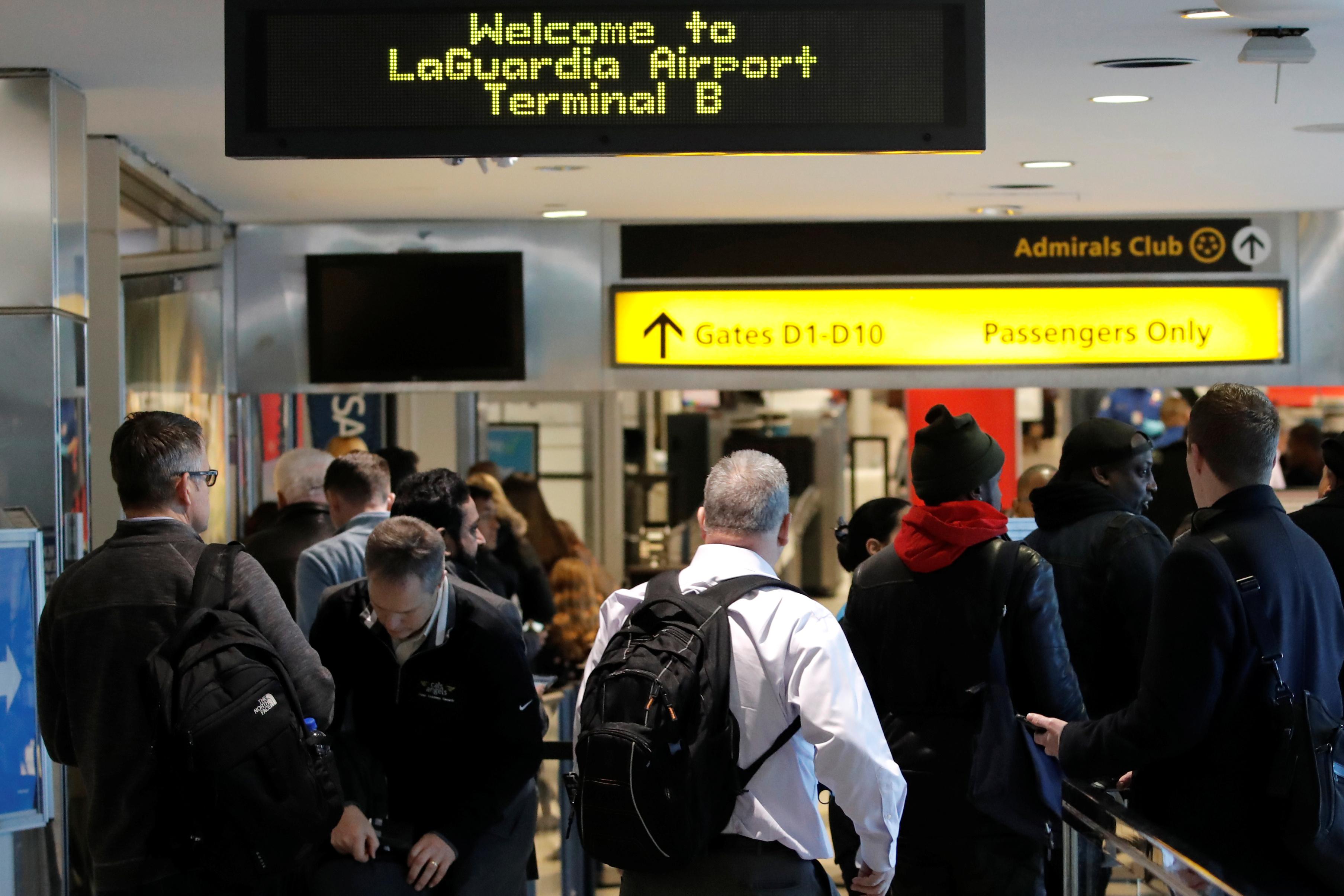 On Thursday, three major U.S. airlines – American Airlines Group Inc, Southwest Airlines Co and JetBlue Airways Corp – said the impact of the shutdown on their business had so far been limited but was nearing a tipping point.

The financial fortunes of airlines are closely tied to the health of the economy. In addition, airlines with hubs in Washington have said they have been losing government business as a result of the shutdown.