NEW YORK (Reuters) – Perceived safe havens like utilities and consumer staples, often an afterthought in Wall Street’s cascade of year-ahead investment recommendations each December, are emerging as top picks as stocks limp into 2019.

Growth-oriented sectors like tech or communications services have typically dominated year-end roundups of investment ideas. But an uncertain economic outlook and concerns the bull market’s roar is morphing into a bear’s growl have more Wall Street banks telling investors to play it safe.

A Reuters analysis of 2019 outlooks from 10 major financial institutions found eight, including Morgan Stanley, Goldman Sachs and Barclays, with “overweight” ratings on at least one defensive sector for 2019. That marks a big change from last year, when just two of those banks favored any defensive sectors.

Bank of America Merrill Lynch, for instance, has moved its rating on utilities .SPLRCU to “overweight” from “underweight.”

“Utilities offering 6 to 8 percent total return with a lower level of risk might actually be a good place to be in an environment where volatility is rearing its head,” Savita Subramanian, the bank’s head of U.S. equity and quantitative strategy, said during a recent outlook call.

The lack of analyst love for defensive sectors over the years is understandable.

Appreciated more for their rich dividend yields than share price gains, the utilities and consumer staples sectors have turned in relatively yawn-worthy performances during the long bull run since the March 2009 market bottom.

Utilities and staples .SPLRCS are up 135 percent and 160 percent, respectively, versus the S&P 500’s .SPX 268 percent gain. The tech sector has jumped 441 percent and consumer discretionary has soared 513 percent.

But defensive sectors have held up reasonably well for the past three months while the market has crashed around them.

Nasdaq is now in a bear market, having recently slid more than 20 percent from its record high in late August, and the S&P 500 earlier this week was just a stone’s throw from bear territory.

In recommending defensive sectors, including the health sector .SPXHC in some instances, many strategists cited decelerating U.S. and global economic growth and the potential for higher market volatility.

And geopolitical issues such as U.S.-China trade tensions and Britain’s exit from the European Union could continue to weigh on U.S. equities in 2019, investors said.

Defensive sectors may also benefit from an expected slowdown in the pace of Federal Reserve interest rate increases in 2019.

Because of their higher dividend yields, defensive stocks are seen as bond proxies and do poorly when interest rates and bond yields are on the rise, as they were through much of this year.

But the Fed is now seen throttling back on rate hikes, and benchmark 10-year Treasury yields US10YT=RR have retreated to around 2.75 percent, down by roughly half a percentage point from an early November high.

Robert Phipps, director at Per Stirling Capital Management in Austin, Texas, recently added a utilities position to his stock holdings, the majority of which are in growth sectors.

“There’s the income component, and it is actually among the few sectors that still has upside momentum,” he said.

Cyclical and growth sectors are not entirely out of the mix. For instance, RBC Capital Markets has “overweight” ratings on consumer staples and healthcare but also on financials .SPSY and energy .SPNY.

Some investors argue it is too early to jump into defensive sectors with economic and earnings growth expected to continue, albeit at a slower pace. Safe havens are also looking pricey relative to growth stocks. 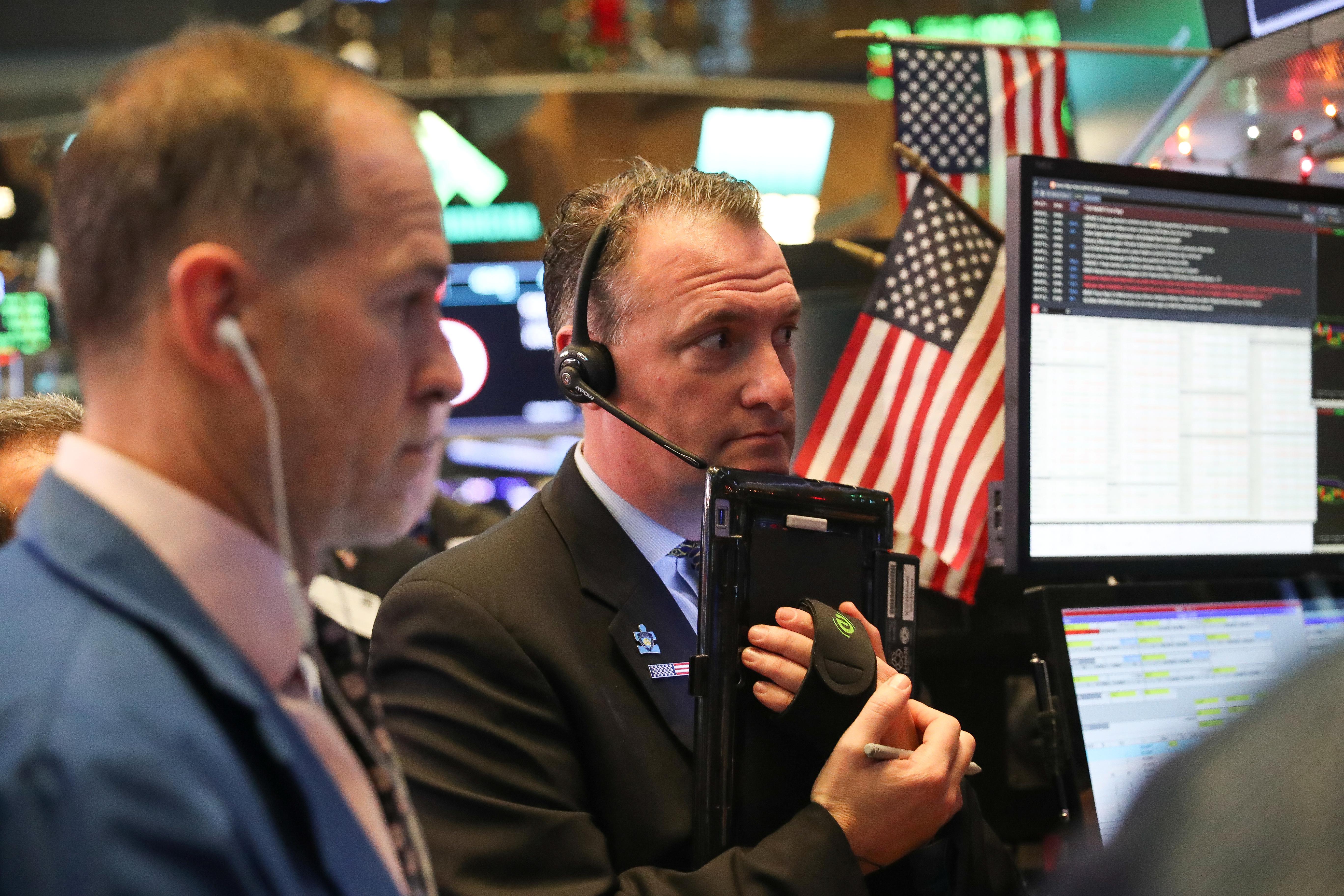 Forward price-to-earnings ratios for the S&P 500 consumer staples and utilities sectors are now higher than for the technology sector, according to Refinitiv data. Utilities are the priciest they have been relative to tech stocks in 2-1/2 years.

Still, even some of the more optimistic strategists say a sector allocation shift is warranted. Jonathan Golub, chief U.S. investment strategist at Credit Suisse Securities in New York, recently upgraded his rating on healthcare to “overweight.”