(Reuters) – A group of three law firms representing multiple victims of California’s deadliest wildfire has filed a lawsuit against PG&E Corp (PCG.N) alleging negligence and health and safety code violations by the utility company in the blaze that has killed at least 48 people. 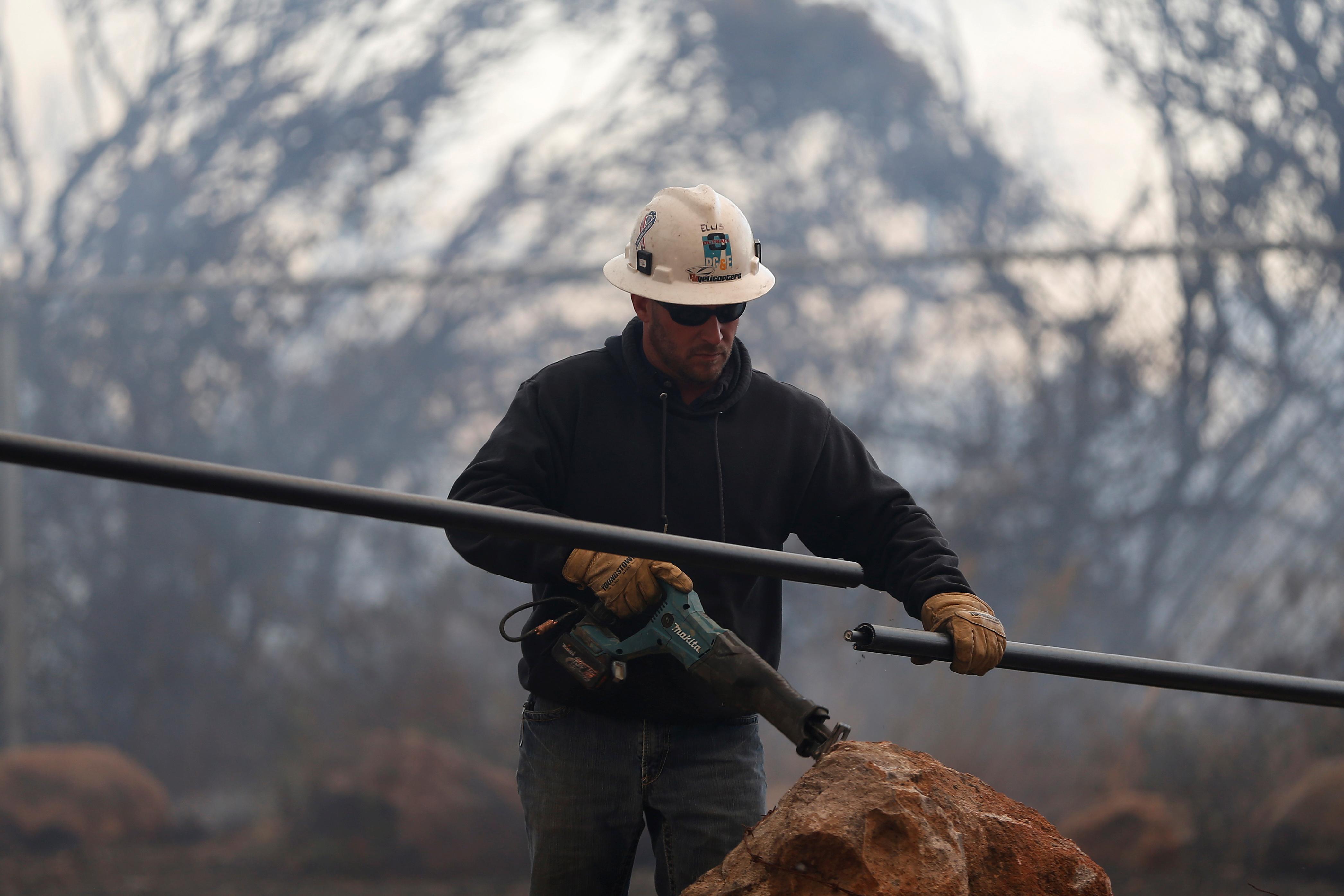 PG&E did not immediately respond to a request for comment.

The “Camp Fire,” which began last Thursday, has all but wiped out the Sierra foothills town of Paradise in Butte County, about 175 miles (280 km) north of San Francisco, that was overrun by flames and largely incinerated.

But both PG&E and Southern California Edison (EIX.N) have reported to regulators that they experienced problems with transmission lines or substations in areas around the time the blazes were first reported.

The lawsuit alleged that PG&E failed to properly maintain, repair and replace its equipment and that “its inexcusable behavior contributed to the cause of the ‘Camp Fire.’”

The lawsuit alleges that prior to the Camp Fire, PG&E began warning customers it might turn off power because of the high risk of wildfires.

“Despite its own recognition of these impending hazardous conditions, on the day of the Camp Fire’s ignition, PG&E ultimately made the decision not to proceed with its plans for a power shutoff,” the lawsuit stated.

Last month PG&E cut off electric power to about 60,000 customers to prevent wildfires as high winds threatened to topple trees and power lines.

Searchers looking for the remains of victims in the charred ruins of Paradise were set to expand their operation on Wednesday as firefighters stepped up efforts to contain the blaze.

The origins of the “Camp Fire” and the “Woolsey Fire” that has ravaged parts of southern California are still under investigation.

Butte County District Attorney Mike Ramsey told KRCR television on Wednesday that attributing the fire to PG&E at this point was “speculative.”

But he added that officials from the California Department of Forestry and Fire Protection (Cal Fire) arrived in the area immediately after the fire began to ensure that any equipment or other evidence would be preserved for an investigation.

PG&E’s bonds have weakened broadly after the California electric utility said late Tuesday it had borrowed more than $3 billion from its credit facilities. It also warned it might face liabilities stemming from the Camp Fire that could exceed its insurance coverage.