10 Things to Know About Clubhouse

Clubhouse, social media’s darling of the moment, has a unique draw: Famous figures, from Drake and Oprah Winfrey to Mark Zuckerberg and Elon Musk, have jumped into the audio-only platform to host calls, participate in conversations or listen in on others, alongside other members.

Hearing off-the-cuff commentary from known figures or seeing celebrities among the audience gives users the feel of mixing with the glitterati, offering an intimate feel that’s hard to duplicate in other social formats.

Of course, the network wasn’t necessarily conceived as an online meeting spot of the well-heeled alone. Its goal is to offer an alternative to a social media universe tired of polishing up their Instas and filtering their Snaps into oblivion.

In January, the app, which launched as a beta in April 2020, had already raised Series B funding, and its traction appears to have jumped, thanks to some high-powered word-of-mouth.

At the end of January, Tesla and SpaceX’s Elon Musk tweeted that he would be on Clubhouse, and the mention drew thousands of listeners on the platform, while also accidentally — and somewhat hilariously — strapping a jetpack on shares of Clubhouse Media Group, which is a completely separate entity from Clubhouse owner Alpha Exploration Co.

Days later, Facebook’s Mark Zuckerberg popped up on the platform to speak at a Clubhouse talk show called “The Good Time Show,” where he touted augmented and virtual reality: “We should be teleporting, not transporting, ourselves,” he said.

Suddenly, the app — already a fascination in the tech sector — started becoming a sensation elsewhere, as mainstream outlets saw it as a source for important insights and conversations.

For the uninitiated still confused about what this social platform is and why it’s so buzzworthy, check out a few facts about Clubhouse below.

• Not to be confused with the other Clubhouse apps in the App Store, the relevant listing reads “Clubhouse: Drop-in audio chat,” and the name says it all. When registered users with active accounts launch the app, they immediately land in a lobby of sorts, where instead of a newsfeed, they see active or upcoming conversations they can join. Users can scroll through the “rooms” and jump in one to listen, even while using other apps.

• The platform enjoys an air of exclusivity. The fledgling network is still set behind virtual velvet ropes. So while anyone can claim a username, these registrations join a waitlist until sign-ups are opened up. However, people can jump the line if they know someone who’s already registered and willing to give them one of their five invitations.

• The app is free, serves no ads and is available for iOS only…at least for now. Sorry, Android users. An app for Google Play is under development, but not quite ready yet. Also would-be advertisers, as it’s not clear yet how monetization will work in the long term. The company unwrapped a “creator grant program” to encourage content creators on the network, as well as different pathways for them to make money on the platform, including tipping, ticketing and subscriptions. Presumably, that could be a revenue driver for Clubhouse, if it gets a cut, and the business could explore other options in the future as well, such as sponsored rooms.

• The model is akin to a mash-up of broadcasting and social. True to its App Store listing (above), members can jump in and out of rooms, host group conversations attended by a listening audience and follow or DM others, as well as start, join or follow clubs based on their interests. Audience members can also “raise their hand” to speak, so a moderator can allow them to talk. As of now, numerous beauty and fashion groups have sprung up on the network, ranging from just a member or two to others with thousands of participants across design, tech, styling, plus size, Black fashion, regional interests, sustainability and more.

• Clubhouse is ephemeral and doesn’t provide recording features. This means the conversations are not archived and are not searchable, so users may not feel pressure to put out polished — read: inauthentic — commentary. However, that doesn’t mean users can’t rig their own ways of accessing or recording the conversations, about which more below.

• Famous names have drawn a crowd. Clubhouse members famously include everyone from high-profile figures spanning actors, recording artists, tech executives, venture capitalists and journalists to design students, start-up founders and budding influencers hoping to grow a following. Even Oprah reportedly used an anonymous account to give Clubhouse a whirl.

• More than six million users are on the platform. The app had just 600,000 in December 2020, but now serves as many as two million weekly active users. “That’s a growth of 400 times in user acquisition for an app that’s invite-only,” according to App Radar. Three days ago, the app hit eight million downloads in the Apple App Store.

• In less than a year’s time, Clubhouse is already a big deal, at least according to investors. In its Series A funding last year, the company raised $12 million from Andreessen Horowitz. Then in January, Andreessen Horowitz led the company’s Series B for an undisclosed amount that, reports estimate, drew $100 million and catapulted its valuation up to $1 billion.

• The app’s path to world domination has obstacles, however, as it’s already banned in China. The app sparked intense interest and engagement in China, but government censors, unnerved by the accessibility of open debate within and external to its borders, clamped down on the app in February.

• Twitter and Facebook are already ramping up a Clubhouse competitor. Twitter began testing a new audio offering called Spaces in December, with the number of participants apparently already at roughly a thousand, with as many as 3,000 or 4,000 more expected soon. The company is expected to move swiftly to launch. Meanwhile, Facebook’s founder and CEO already seems to be a fan, having touted the extended reality work of Facebook’s Reality Labs group in a Clubhouse talkshow earlier this month. Now according to reports, the social juggernaut is racing to develop an audio-only offering of its own, supposedly called Fireside.

Beyond all the hype, there are some specific opportunities — and challenges — for Clubhouse.

The app has “really tapped into that FOMO [‘fear of missing out’] feeling for a lot of people, mostly because their users consider it a companion platform to their professional lives, in a similar way to how people use LinkedIn Live,” Ryan Star, chief executive officer of Stationhead, a platform for live radio shows, told WWD.

“However, therein lies the problem — for those of us who spend our days in meetings and on Zoom calls already, it’s going to be hard to convince us to do more of the same in our free time,” he explained.

Indeed, pandemic-era lifestyles may allow for copious time to listen in on a whole host of conversations. The real question is what will happen after the lockdowns have let loose.

Star also points out that monetization may not be so easy for the app, either. Passive audio ads, he explained, are not as effective as those with audio and visuals — which is why his own company has started moving in that direction.

Another issue is moderation.

The company posted in October that it “unequivocally condemn(s) Anti-Blackness, Anti-Semitism and all other forms of racism, hate speech and abuse on Clubhouse.” The company has instituted community guidelines and terms of service outlining this, and it purports to have trust and safety procedures to address violations.

The challenging part is that, unlike text and visual posts, its early measures are necessarily human-driven. That means room moderators can grant or revoke speakers’ ability to talk or end a room, if need be, while users have in-room reporting features, as well as the ability to block or mute.

As the company grows, it could use artificial intelligence and machine learning to scour speech. But that’s an even trickier affair than the difficult and imperfect model of letting machines scan words and photos.

No conversation about technology is complete without security considerations. Since Clubhouse is only available for iPhones at this point, other developers have begun mounting efforts to access the network through other devices. But apparently, reverse engineering the platform and finding new ways to access it hasn’t been particularly difficult, including infiltrating areas that allow outsiders to eavesdrop on conversations or make them public.

The tech sector has been waking up to such security issues in recent days, especially after a hacker managed to publicly stream audio feeds from multiple rooms this weekend at a third-party website. The loopholes are concerning for any public platform, but perhaps especially for a social app that asks users for their real names, address book contacts and other information.

The company said it was taking measures to protect user data, but didn’t specify what steps it was taking. So far, the breach appears to center on the app’s audio tech partner, a Shanghai-based firm called Agora.

These issues aren’t small. But even if Clubhouse, now flush with cash, has the resources and the will to tackle all of those issues, an even more fundamental question still looms: The app’s success so far may have been because, at its current size, it was able to foster the feeling of immediacy, authenticity and intimacy. But can intimacy scale? And will the famous names driving its mass appeal stick around, if the network loses its exclusive luster?

In other words, the distinct risk is that it may become a victim of its own success. So much of social media today has spiraled into a raucous, noisy place that all-too-often drowns out authentic voices. It remains to be seen if Clubhouse will as well. 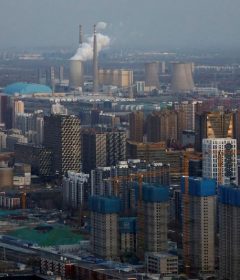 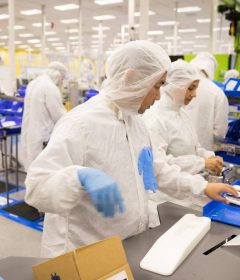