Melbourne, Australia’s second-largest city, is becoming a case study in handling a second wave of infections. There are lots of unanswered questions. 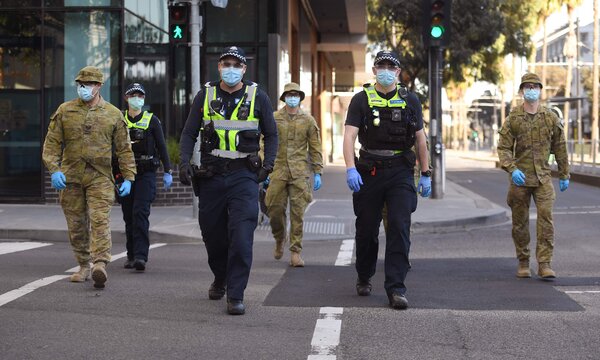 Australia’s second-largest city, Melbourne, grappling with a spiraling coronavirus outbreak in a country that once thought it had the pandemic beat, has now imposed some of the toughest restrictions in the world.

But as officials cast about for ways to break the chain of infections, the city has become a confounding matrix of hefty fines for disobedience, minor exceptions for everything from romantic partners to home building, and endless versions of the question: So, wait, can I ____?

Restaurant owners are wondering about food delivery after an 8 p.m. curfew began on Sunday night. Teenagers are asking if their boyfriends and girlfriends count as essential partners. Can animal shelter volunteers walk dogs at night? Are house cleaners essential for those struggling with their mental health? Can the Covid-tested exercise outside?

“This is such a weird, scary, bizarro time that we live in,” said Tessethia Von Tessle Roberts, 25, a student in Melbourne who admits to having hit a breaking point a few days ago, when her washing machine broke.

“Our health care workers are hustling around the clock to keep us alive,” she said.“Our politicians are as scared as we are, but they have to pretend like they have a better idea than we do of what’s going to happen next.”

Pandemic lockdowns, never easy, are getting ever more confusing and contentious as they evolve in the face of second and third rounds of outbreaks that have exhausted both officials and residents. With success against the virus as fleeting as the breeze, the new waves of restrictions feel to many like a bombing raid that just won’t end.

For some places, risk calculations can change overnight. In Hong Kong, officials banned daytime dining in restaurants last month, only to reverse themselves a day later after an outcry. Schools in some cities are opening and closing like screen doors in summer.

But in many areas where the virus has retreated and then resurged, the future looks like a long, complicated haul. Leaders are reaching for their own metaphors to try to explain it. 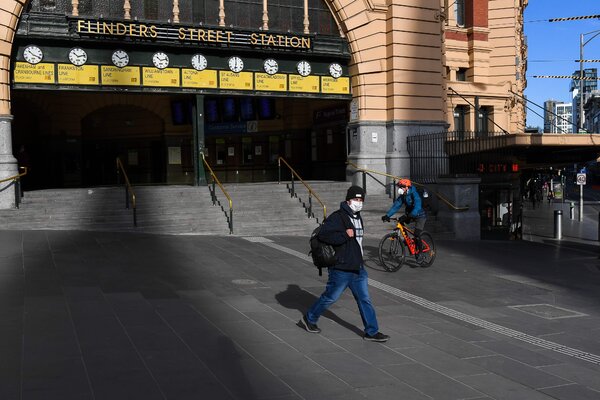 In California, Gov. Gavin Newsom has compared his opening and shutting of businesses to a “dimmer switch.” Dan Andrews, the premier in Victoria, where Melbourne is the capital, has repeatedly referred to “pilot light mode” for industries like construction and meatpacking, which have been ordered to temporarily reduce their work forces.

Whatever the metaphor, it’s dark. Melbourne, a city of five million that is considered a capital of food and culture, is becoming a prime example.

Swimming to Sanity in Melbourne’s Lockdown