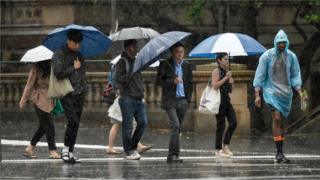 Heavy rains and thunderstorms have lashed parts of Australia’s east coast, dousing some of its fires but bringing a new threat of flooding to some areas.

There have been downpours in the states of Victoria, New South Wales (NSW) and Queensland, which have all been badly hit by the bushfire crisis.

Major roads were closed in Queensland and power cuts were reported in parts of NSW as a result of the weather.

But fire officials said the rain was helping to tackle some of the blazes.

Fires have been raging in Australia since September, killing at least 28 people, destroying thousands of homes and scorching millions of acres of land.

Firefighters in the state said they were making the most of the “benign conditions” of rain and cooler temperatures to try to tackle the remaining bushfires. Some 75 fires were still burning in the state on Saturday, down from well over 100 a few days ago.

“Rain continues to fall across a number of firegrounds, however the Far South Coast and along the border are still yet to receive any moisture,” the Rural Fire Service said on Twitter.

It also urged people to “take this time to discuss your bush fire survival plan”.

The state of Queensland has had some of the heaviest rainfall Australia has seen in months. Some major roads were closed and residential areas flooded, but no deaths or injuries were reported.

“Heavy, intense rainfall has eased, but showers and thunderstorms still possible through the weekend. Take care on the roads – if it’s flooded, forget it,” the Bureau of Meteorology in Queensland wrote on Twitter on Saturday.

Forecasters in Victoria said thunderstorms were possible across much of the central and eastern state on Saturday. “Thunderstorms could become severe due to heavy falls across the northeast of the State. Damaging winds and large hail are a slight risk,” the state’s Bureau of Meteorology said.

Major bushfires continued to rage on Saturday in regions in the south and south-east of the country – including on Kangaroo Island – which have so far missed out on the rain. 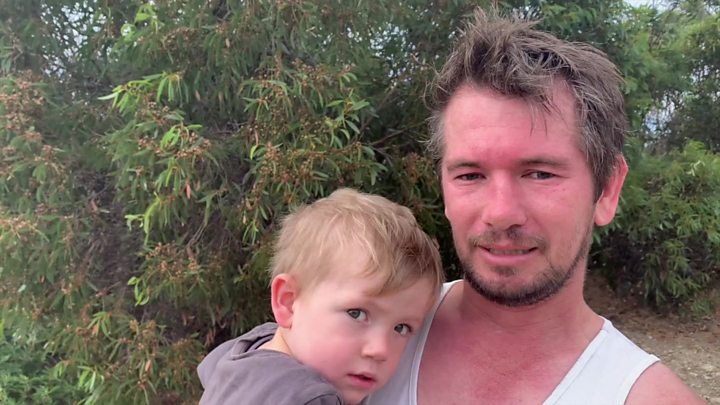