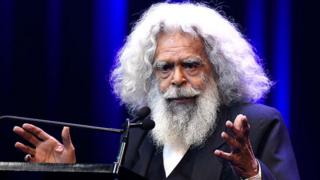 After a traumatic childhood, Uncle Jack Charles fell into crime and addiction on his way to becoming one of Australia’s most venerated actors. Yet his next mission is destined to be his most poignant, he tells Gary Nunn in Sydney.

Six stark words epitomised Charles on the tagline of a 2009 documentary about him: Addict. Homosexual. Cat burglar. Actor. Aboriginal.

He is, of course, much more than the sum of these parts. In the decade since, the 75-year-old has ended the cycle of prison, homelessness and heroin which dictated much of his adult life and informed his acclaimed work.

Now he’ll only participate in arts festivals on the strict condition he’s flown business class, never economy. He refuses to do auditions – directors must take him for coffee if they desire him for a role.

It’s a far cry from his days “crawling into a ball and sleeping in the girls’ public toilets” but, with characteristic self-deprecation, he says: “I know I sound up myself but it’s nice to be able to say that as a blackfella. I reckon I haven’t done too badly for an old crim!”

He spoke to the BBC as he releases his autobiography, and as he focuses on the mission he now sees as his calling as an Aboriginal elder: expunging his criminal record.

Stolen as a baby, then abused

Charles was just four months old when he was removed from his mother.

His first arrest, aged 17, was for leaving his foster home and trying to find her, as he became curious about his Aboriginality. As a ward of the state, leaving without permission to track down his Aboriginal family was a crime – it broke his forced assimilation order.

“My foster mum always insisted I was an orphan. When I returned from finding my real family, she called the police on me,” Charles says. “No sooner had I put my pyjamas on, I was put in the police wagon.”

Between the ages of two and 14, Charles was in a Salvation Army home for boys, where he suffered abuse “far worse than anything I ever experienced in prison”, he says.

He later blocked out the physical and sexual abuse, not even discussing it with long-term partners, until, during a prison stay, some inmates recognised him from the boys’ home and asked him to join a class action against the institution.

“It was my bed he came to first when he came out of his room into the dormitory,” Charles says of his primary abuser. “I had to put up with a lot of poking and stuff from this fella,” he says. “In addition to the sexual escapades, there were punishments I’d blocked out, too…”

The class action was successful. In addition to financial compensation, Charles received a letter of apology from the Salvation Army.

“It gave me a certain level of closure,” he says.

A life of crime

His criminal life saw him break into many homes in the “posher districts of Melbourne” – a deliberate choice, he says: “I robbed as rent collection for stolen Aboriginal land!”

“Those mansions were on my mother’s land, but I’m sure if I told the judge I was a rent collector, not a robber, I’d have been given another two years on my sentence.”

As a heroin addict, he often lived with his dealers. “I couch surfed and charmed my way around. I liked to be close to the source,” he says. In prison, he saw many of the Stolen Generations “stuck on the daily grind of addiction”.

This is why he plans to lobby Victoria’s state government and courts to expunge his criminal record, a case of life imitating art, as this was the storyline of his acclaimed play Jack Charles v The Crown.

“I’ve been an actor since I was 19, but I lost a lot of work because of white powders and jail time,” he says. “I dearly would’ve loved an Aboriginal elder like me to come and tweak my conscious. There’s a serious lack of elders in the prison system and I want to change that.”

The criminal record prohibits him from widely visiting prisons and schools outside the discretion of wardens and principals. Other parts of Australia have rules which allow convictions to be considered “spent” after a certain period of time has elapsed.

Charles says he hopes to become “a beacon, a leading black light” for impressionable young people.

When I ask whether to address Charles as an uncle, his quick-fire response is shot back through deep throated laughter: “It’s better than Aunty Jack!”

He explains that the epithet is a form of respect, bestowed upon anyone with seniority or grey hair within the Aboriginal community, in which elderly people are revered: “I like it. Even prison wardens showed me the respect of calling me uncle.”

Throughout the interview he describes himself, variously, as the “serial pest nuisance of Melbourne” and “an old reprobate, easily forgiven”. One label he omits is one that others give him – the grandfather of Aboriginal theatre – after he helped found Australia’s first indigenous theatre company, in 1972.

In a recent TED talk, he declared himself proud of his 22 mugshots for crimes including burglary and drugs offences. “They show I’m a survivor,” he told the audience.

As an artist – he recently won the Red Ochre award, which recognises lifetime achievement of indigenous artists – he names his primary talent as storytelling. 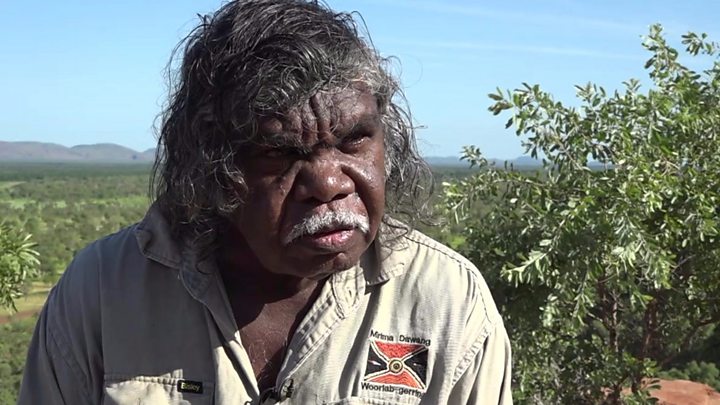 He has also acted in theatre and on screen, busked, potted, bevelled glass, made music and made people laugh – he’s about to cameo in TV series Black Comedy, which showcases indigenous sketches.

All these are vehicles for his storytelling – and his stories are testimony to one of the darkest chapters in Australia’s history. He tells them in a voice that is at once sonorous and soft, punctuated by the odd chuckle.

‘I want to make sure kids get breaks’

Aboriginal and Torres Strait Islander people are 12.5 times more likely to be in prison than non-indigenous people according to a 2016 report from the Australian Law Reform Commission.

Not long before Charles and I speak, news reports about an indigenous boy with an intellectual disability revealed the boy was kept “completely naked” for days inside an adult maximum-security police watch house after being deemed a suicide risk.

“That’s indicative of what a bastard of a country this is for blackfellas,” Charles says. “Australia is uniquely and peculiarly racist against its First Nations people.”

He was pleasantly surprised, though, when the nation voted yes to same-sex marriage: “I was tickled pink. I’d thought Australia was too much of a bastard country to get it through. Being gay and arty, this is important to me.”

One of his most cherished duties is giving the welcome to country – a welcoming speech honouring indigenous people and their connection to the land, that is common at the beginning of festivals or gatherings in Australia – at Melbourne’s LGBT event, Midsumma.

It’s all part of his greatest role yet in an eventful life: “To be an elder, you have to be statesmanlike. Own your past indiscretions. Share your wealth. I’ve done all that, which is why Victorians took me into their hearts and voted me Senior Australian of the Year in 2016.”

He says that he’s being underutilised as a potential role model who could help turn lives around in a country where around 20 in every 1,000 Aboriginal and Torres Strait Islander people are incarcerated.

“I gave up heroin when I was 60. I haven’t been in prison for 10 years. I’m beyond reproach. I’ve had the breaks in my life – now I want to make sure other young indigenous kids get theirs.”

Australians back home after coronavirus quarantine