Home » Asia » With Japan on brink of coronavirus emergency, Tokyo could keep schools closed until May

TOKYO (Reuters) – Japan remains on the brink of a state of emergency as the rate of new coronavirus cases accelerates across the country, its top government spokesman said on Wednesday, amid reports the capital may order public schools to stay closed for a second month. 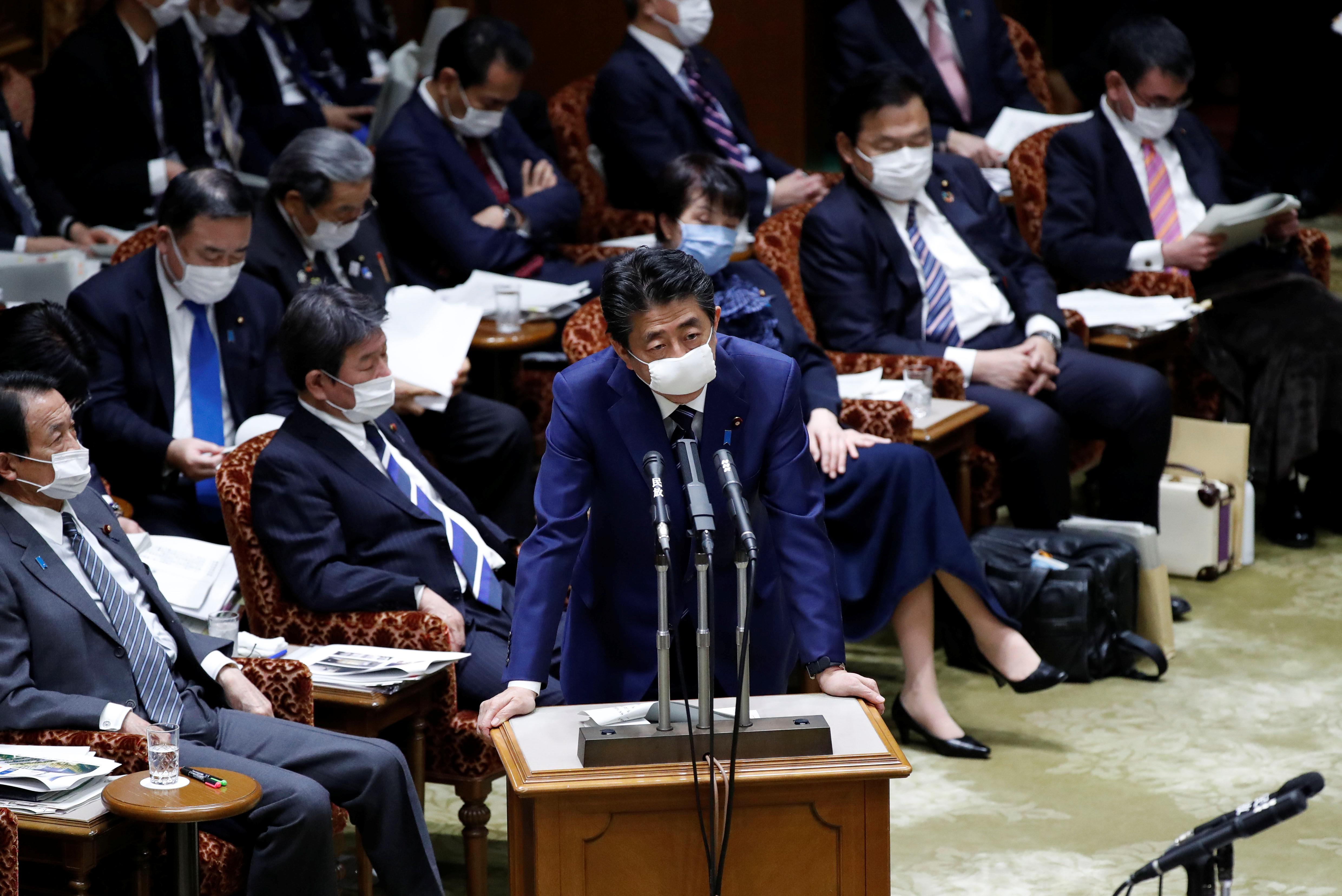 Chief Cabinet Secretary Yoshihide Suga told reporters that controlling the virus that has raced across the world was a top priority. While Japan’s some 2,200 cases and 66 deaths are dwarfed by numbers from the United States, Europe and China, new infections continue to set fresh daily records.

Suga said the government would do “whatever is needed” to minimise the impact of the virus, including on the world’s third-biggest economy – already teetering on the verge of recession – after a Bank of Japan poll showed the mood of the country’s industrial manufacturers at its most pessimistic for seven years.

New virus infections in the capital rose to a daily record of 78 on Tuesday, for a total of over 500, amid calls for Prime Minister Shinzo Abe to declare a state of emergency that would allow authorities to trigger a lockdown involving restrictions on movement that would be voluntary rather than legally binding.

Abe is set to chair a meeting of his coronavirus task force on Wednesday evening.

Japan first closed public schools at Abe’s request from March 2. Though the Tokyo metropolitan government had previously said it was planning to re-open at least some schools when the new academic year began in April, public broadcaster NHK and other media said closures could now be extended until May.

Tokyo’s education board could meet as early as Wednesday to discuss the plan, the Nikkei business daily said.

Tokyo governor Yuriko Koike, who requested that all city residents stay indoors last weekend and has also said people should stay out of restaurants and bars at night, told reporters on Wednesday she hoped a decision would be made promptly and repeated calls for vigilance.

“People are saying, ‘I didn’t think I would get infected myself’. I want everyone to share the awareness that one should both protect oneself while also avoiding spreading (the virus),” she said.

Japanese leaders have repeatedly said that while the country is on the brink of a state of emergency, it was not yet at the stage of officially declaring one – comments reiterated by chief cabinet secretary Suga on Wednesday. “This is an extremely important period,” he said.

Calls for a lockdown were on the rise on social media, however, with many Twitter users expressing worry and comparing the situation overseas, where whole cities have come to a standstill while Tokyo’s relatively business-as-usual stance persists.

“One of my friends, who works in Tokyo, is still commuting on packed trains,” wrote a user under the Twitter handle Arikan. “I’m a little embarrassed by how indecisive Japan is compared to other nations.”