Home » Asia » Why is India at war with its central bank?

Why is India at war with its central bank? 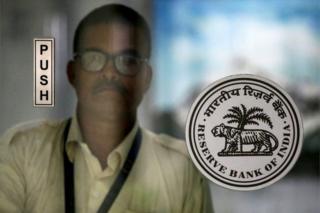 Last week, a senior official of India’s central bank fired what appeared to be an explosive broadside at attempts being made to undermine the regulator’s independence.

“Governments that do not respect central bank independence will sooner or later incur the wrath of the financial markets, ignite economic fire, and come to rue the day they undermined an important regulatory institution,” Viral Acharya, deputy governor of Reserve Bank of India (RBI), told a meeting.

Days after this uncharacteristic outburst, there were reports that the government was planning to exercise never-before used powers that would allow it to give “directions” required in the “public interest” to the bank. Rumours swirled on Wednesday that Urjit Patel, the 54-year-old bank chief and a Yale educated economist, would resign. Mr Patel has now called a meeting of the bank board for 19 November.

A conflict between Narendra Modi’s BJP-led government and India’s central bank had been brewing for some time.

The government reportedly wants the RBI to allow ailing state-owned banks, groaning under dud loans to industries, to resume lending to small businesses. It also wants the regulator to lower interest rates to inject much-needed liquidity into the economy.

The two have also differed over government plans to set up a separate regulator to look after digital payments. In the past few months, the government has appointed a controversial right-wing accountant to the central bank board and cut short the tenure of another board member, apparently on the grounds of conflict of interest. Finance Minister Arun Jaitley stirred the pot recently when he accused the central bank of “looking the other way” while banks were lending indiscriminately some years ago.

But the main source of conflict appears to be over the government’s attempts at “raiding” the RBI reserves.

A strong hint of this came at the very beginning of Mr Acharya’s unusual speech where he spoke about the resignation of Argentina’s central bank boss in 2010 after the president signed a decree firing him for refusing to use currency reserves to pay foreign debt.

Martin Redrado had angered the president after he rejected her order to transfer $6.6bn to a government fund to pay foreign debts and fix a hole in the budget. “I am defending two main concepts: the independence of the central bank in our decision-making process and that the reserves should be used for monetary and financial stability,” Mr Redrado had said.

With a general election looming early next year, analysts believe the cash-strapped government is trying to stimulate the economy with a big public spending spree to woo voters. Revenues have fallen despite the official hype over a controversial currency ban in 2016 and a convoluted and shabbily implemented goods and services tax.

Mr Modi has rolled out an ambitious health insurance plan for the poorest, which will cost $300m in its first year alone, and eventually cost at least four times more every year. Clearly, the government has little fiscal headroom for a populist election splurge.

Whatever the reason, the unseemly public spat between the government and one of the world’s most respected central banks is bound to further undermine confidence in the economy. If Mr Patel indeed quits his position later this month, it will be the first time a serving governor leaves his job midway through his five-year term.

“It is a very messy situation. If the bank chief quits, it will shake the confidence of markets, the rupee will plunge further and investors will take money out from India. Nothing good will come out of this episode,” says Vivek Dehejia, an economist who teaches at Canada’s Carleton University. And a sudden spending spree could possibly hurt the bank’s landmark inflation-targeting mandate, which, ironically, is one of Mr Modi’s singular achievements.

It is not uncommon for governments to clash with central banks. Last month, US President Donald Trump attacked the US Federal Reserve, saying it posed the biggest risk to the US economy for raising interest rates “too quickly”. In 2017, the chief of Ukraine’s central bank resigned following intense pressure from tycoons whose banks she shut down for conducting illegal transactions and loans.

Argentina’s central bank governor resigned in 2014 after less than a year in office after economic problems, including high inflation – at around 40% – and a row with US creditors that sparked a debt default. “But undermining the autonomy of the world’s sixth-largest economy is something different altogether,” says Dr Dehejia.

Although India’s $2.6tn (€2.3tn; £2tn) economy has recently been boosted by a strong performance in consumer spending and manufacturing, the rupee has fallen by about 15% against the surging dollar so far this year, private investment remains slack and there are doubts on whether the economy will accelerate further. The trade deficit, inflation, and high oil and commodity prices are a major concern.

A scrum with the central bank can only make matters worse.