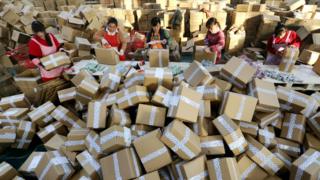 I still remember growing up in communist China in the 1970s, when my mother and neighbours would use their ration tickets to buy meat at a state-run store.

Very little thought went into shopping because there was not much to buy. People simply bought what little was available.

Even in the 1980s, shopping in Beijing was little better.

Back then, shopping was just something you had to do to get what you needed. It certainly wasn’t the big extravaganza it has become with the popularity of Singles Day.

Now in its ninth year, the day is officially called the 11.11 Global Shopping Festival. 11.11 stands for the 11 November, when it is held. The two numbers were chosen to symbolise the wishes of single people to be in a relationship, as two elevens next to one another appear like two couples.

It was originally a non-commercial festival started by male college students who didn’t have a girlfriend. They created a day to get together to celebrate bachelorhood.

But the Chinese retailer Alibaba caught on to it and has turned it into the largest online shopping day in the world. Alibaba says more than one million retailers worldwide took part this year, including US department store Macy’s.

As I digest these figures, my mind flashes back to childhood images of everyone wearing the same style of button-down shirts and elastic-waisted baggy trousers – so-called Mao suits. We were lucky if we got a set of new clothes once a year.

Relatives and friends have proved to me how widespread Singles Day has become. One of my cousins buys six months’ worth of household supplies on that day. A friend spends as much as $500. Some people spend much more. Even my uncle in his seventies has jumped on the bandwagon this year, buying underwear and snacks online.

So what happened to bring about this dramatic change in China?

I attribute it to Chinese people’s strong sense of curiosity and willingness to try new things. After all, they had few choices in previous decades.

But also – the love of a good bargain! 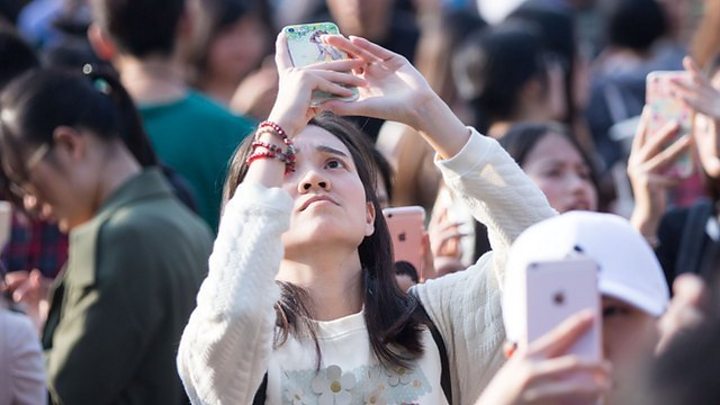 Discounts can be 30% or more, but there’s a limited supply on the best buys, so shoppers stay up past midnight on their computers to fight for the good deals.

Shoppers can use apps to virtually try on clothes before they buy them. Ahead of Singles Day there are a lot of events, including a four-hour fashion show. Viewers on their mobile phone can immediately make online purchases of the clothes they see the models wearing. Local shops can deliver to their door.

But whatever happened to the traditional Chinese values I was raised on – thriftiness, frugality, and getting by with what you have?

They have been shoved aside. At least by some well-to-do and increasingly wasteful middle-class urban dwellers. Some people have become so hooked on materialism that they have become credit card slaves, owing huge debts.

Regardless, Singles Day is a wakeup call for the rest of the world, especially companies wanting to sell to Chinese people. They’ve got to do things the Chinese way if they want to win them over. China is no longer just following, it is leading the world in e-commerce and consumer engagement.

At the stroke of midnight, when the world’s biggest online shopping event came to an end, the staggering sales figure on Alibaba’s website was a sign of just how much China has changed.

Cindy Sui is a Taiwan-based BBC correspondent who has lived and worked in China for many years.