• President Trump and Kim Jong-un, North Korea’s leader, are in Hanoi, the Vietnamese capital, for their second summit meeting.

• The two leaders were scheduled to have dinner on Wednesday night at the colonial-era Metropole Hotel before holding meetings on Thursday. See photos from our White House photographer, Doug Mills, and other photographers traveling with the president.

• Tensions between the two countries have eased significantly, but it is unclear whether any breakthroughs will emerge, such as a freeze on nuclear production, a peace agreement aimed at formally ending the Korean War or a schedule for dismantling the North’s arsenal.

• It is a critical moment for Mr. Trump, who vowed to “solve” the North Korea problem before his inauguration, and for Mr. Kim, who needs to make good on promises to nurture the North Korean economy. 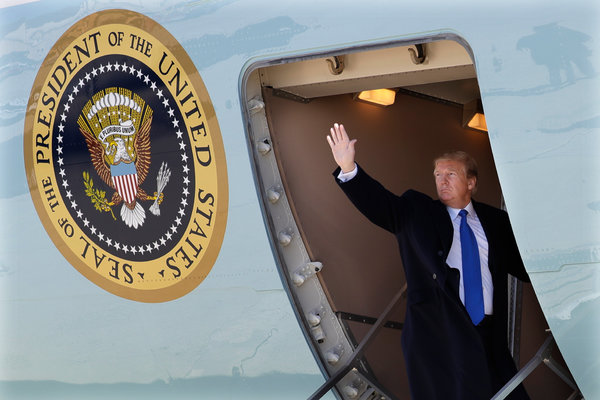 All eyes on the Metropole Hotel

In the week leading up to the summit, media feverishly guessed at the venue of the meetings between President Trump and Kim Jong-un. Would it be the State Guesthouse, a French colonial former governor’s residential palace? Or the Hanoi Opera House around the corner?

Now, with the White House’s confirmation that Mr. Trump and Mr. Kim would dine at the storied Metropole Hotel on Wednesday night, all bets are on that hotel to be the venue for the working sessions on Thursday as well.

Suites there are named after famous historic guests including Charlie Chaplin, Graham Greene and Somerset Maugham. A wall of photos in one hallway off the lobby also shows Jane Fonda and Brad Pitt and Angelina Jolie.

Since Tuesday, guests have been required to pass through metal detectors and show identification confirming they have paid rooms. Warnings have gone out that several facilities, including the hotel’s famed bars, will be closed Wednesday night.

Members of Hanoi’s mobile police force, in all black uniforms, white gloves, and carrying police batons, guarded the entrances. When asked Tuesday night if the preparations were for the summit meeting, one officer only smiled and said, “Security.”

One security measure in the Metropole’s favor: there’s a Vietnam War era bomb shelter beneath the hotel.

Mr. Trump’s official schedule begins at 11 a.m. local time on Wednesday, with a meeting with the president of Vietnam, Nguyen Phu Trong, who is also the general secretary of the country’s ruling Communist Party.

There is a planned “commercial trade signing” on Wednesday, the White House said, without providing details. The Vietnamese news media reported over the weekend that VietJet Air, a private Vietnamese airline, was expected to announce a purchase of 100 Boeing 737 MAX jets worth nearly $13 billion at list prices.

Is finally ending the Korean War in the cards?

North Korea and the United States have remained technically at war since the Korean War was halted in a truce in 1953, and Washington still keeps 28,500 troops in South Korea to prevent the war from rekindling.

Mr. Trump’s first meeting with Mr. Kim this week will be on Wednesday evening, the White House said, with a one-on-one discussion at the colonial-era Metropole hotel before a dinner that will include Mike Pompeo, the secretary of state; Mick Mulvaney, the acting White House chief of staff; and possibly Kim Yong-chol, North Korea’s former intelligence chief and top diplomat.

But South Korean officials said on Monday that Mr. Trump and Mr. Kim could agree on a joint statement declaring an end to the war when they meet in Hanoi. It would be a political statement, not a formal peace treaty.

“We still don’t know exactly what format the end-of-war declaration will take, but there is an ample possibility of North Korea and the United States agreeing to such a declaration,” said Kim Eui-kyeom, a spokesman for South Korea’s president, Moon Jae-in.

Over the decades, ethnic Koreans in Japan embraced North Korea as the rest of the world cut it off. The money they sent to relatives there helped keep the North’s economy afloat.

Now there is nervous anticipation among ethnic Koreans in Japan — who arrived there during Tokyo’s 35-year colonial occupation of Korea — that a political thaw could ease the North out of its long isolation.

Howard X, who has gained a measure of fame as a Kim Jong-un impersonator, said on Monday that he was being deported from Vietnam.

The two actors hugged and kissed goodbye on Monday before Mr. X headed to Hanoi’s international airport. “Satire is a powerful weapon against any dictatorship,” he told reporters. “They are scared of a couple of guys that look like the real thing.”

Meanwhile, the Vietnamese newspaper Tuoi Tre reported that another Kim impersonator had appeared on Sunday night in Ho Chi Minh City. Tuoi Tre quoted him as saying that he was from South Korea and went by the stage name “Dragon Kim.”

Reporting was contributed by Mike Ives in Hong Kong, and by Motoko Rich and Hannah Beech in Hanoi, Vietnam.