The pan-European STOXX 600 hit a two-week high but then lost steam over the session, ending with a 0.2 percent gain. Germany’s DAX .GDAXI declined 0.1 percent.

Miners, banks and retail – sectors highly sensitive to the economic cycle – led the gains, in a reversal of the pattern during the sell-off, which saw cyclicals underperform.

Britain’s FTSE .FTSE lagged, down 0.5 percent, as the pound strengthened after a British official said London was close to sealing a deal that would give UK-based financial services firms basic access to EU markets.

ING (INGA.AS) shares rose 5.9 percent after the largest Dutch bank reported a better-than-expected profit of 776 million euros, as it continued to grow on an underlying basis despite being fined for failures to prevent money laundering.

BT (BT.L) rallied 8.7 percent after it reported a better-than-expected 2 percent rise in first-half earnings and nudged its guidance for the full year higher. The stock was on track for its best day since May 2013.

Results from ING and BT lifted the banks and telecoms indexes up 0.9 and 2 percent respectively, bringing relief to sectors which have been among the worst perfomers so far this year in Europe and have suffered due to their poor earnings outlook.

ASM International (ASMI.AS) rallied 10.9 percent, its biggest one-day gain since 2009, after issuing a bullish outlook that countered fears of a downturn in the semiconductor market. 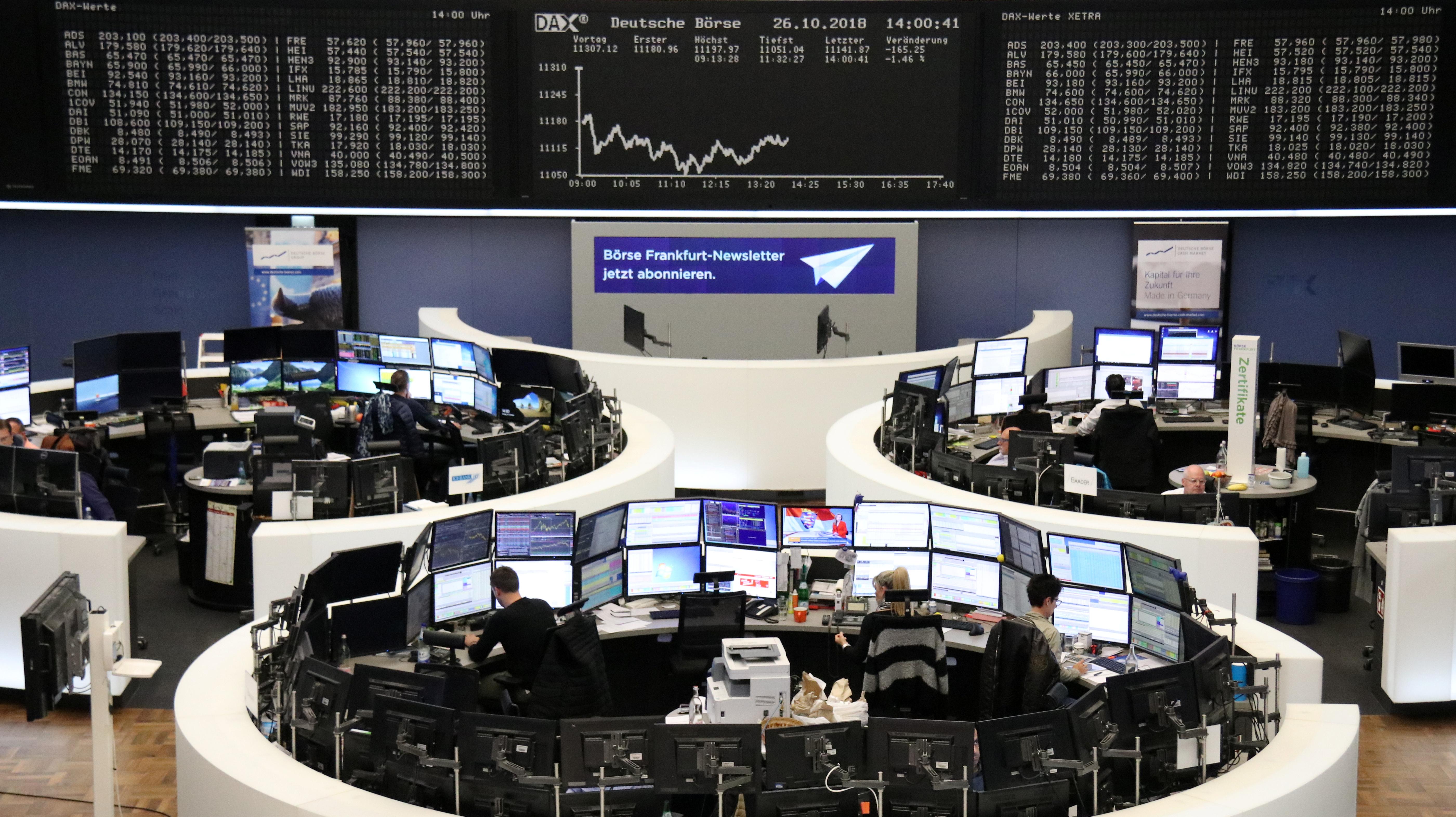 Leading the STOXX were two biotech firms, Morphosys and Argenx, which both surged.

Its shares fell 2.1 percent after its third-quarter net profit fell short of expectations, even after the bank said it would return to the black in the full year for the first time since Tidjane Thiam became chief executive in 2015.

Weaker crude prices also weighed on the sector, down 2.6 percent.

The fall in fuel prices helped airlines outperform, however, with Lufthansa (LHAG.DE) leading the DAX with a 7.1 percent rise and Air France (AIRF.PA) also up strongly.

Shares in seismic oil services firm TGS (TGS.OL) dived 9.8 percent to their lowest since early May after its third quarter operating profit fell more than expected.

Wacker Chemie (WCHG.DE) gained 9.6 percent, with analysts saying the highly-shorted chemicals stock was benefiting from a NordLB upgrade to “buy”.

Overall, European earnings are expected to have risen 14.2 percent in the third quarter, up from a previous forecast of less than 13 percent, according to IBES Refinitiv data.

By the end of the week, companies representing around 40 percent of the STOXX 600’s market cap will have reported quarterly results.