SINGAPORE – When Nanyang Primary School pupil Janelle Ang’s mother told her that exams are cancelled and she will return to school next Monday (Oct 11), the Primary 3 pupil screamed and jumped for joy.

After two weeks of virtual lessons, eight-year-old Janelle is ready to see her friends and teachers in the flesh again.

Her mother, Ms Jamie Lim, 41, a regional marketing director, said: “I think she’s about to do cartwheels.”

She added that the family was grateful Janelle’s exams got cancelled because studies were disrupted during home-based learning (HBL), and they did not know what to expect for the exams.

The announcement, she said, is the “best birthday present” for her 10-year-old son, whose birthday was on Thursday.

Ms Sum said: “He’s happy to go back to school because he can meet his friends.”

With exams cancelled, the whole family – including the elder child who just finished the PSLE – can breathe easy, she added.

As for her younger child, Ms Sum said: “It’s quite unbelievable that he has spent four years in primary school and has had to do only one year-end examination in Primary 3.”

On Thursday, the Ministry of Education said HBL will end on Friday for Primary 3 to 6 pupils. Primary 1 and Primary 2 pupils will continue to do HBL until Tuesday (Oct 12).

Some parents had mixed feelings about the news.

One of them was pilot Nicholas Ng, 47, who has two sons in Primary 3 in Temasek Primary School.

The boys were slated to take their first paper in the year-end exams on Tuesday.

Mr Ng said: “For the past week, they’ve been doing their worksheets and preparing for their exams. HBL wasn’t easy, and now suddenly, it is like they’ve worked for nothing. It feels like their effort has been wasted.”

He added that his eldest son, who is in Primary 5, was slightly disappointed that his exams were not cancelled and he had to keep studying.

Even so, Mr Ng said he was mostly supportive of his children returning to school.

He said: “The thing is there are gaps between lessons, so it’s not continuous lessons.

“And they’ll be waiting during the breaks, and I’m not sure what they should be doing during those breaks.”

Some parents, however, were anxious about their children returning to school.

They said they were concerned about the risk of school-based transmission because of rising Covid-19 infections among those younger than 12 – especially since they are not medically eligible for vaccination.

Mrs Wendy Lim, who has a daughter in Primary 4, said: “I thought it’d be safer for the kids to stay at home if there are no exams. All these young kids are not vaccinated, and they might get infected and bring the virus back home.”

Mrs Lim, a housewife in her 40s, said she also arranges play dates for her daughter over video conferencing platform Zoom for her socio-emotional development. 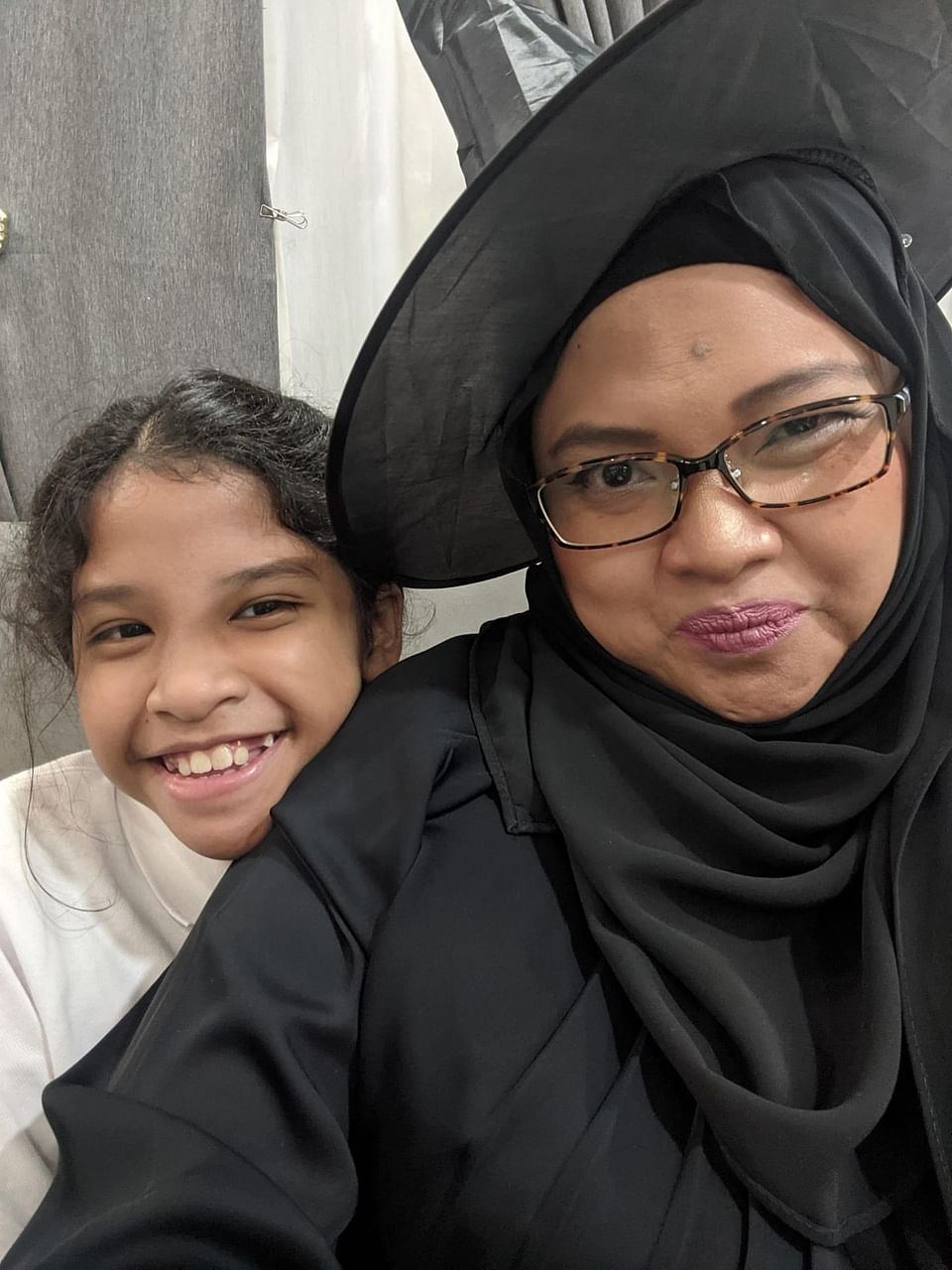 Bank teller Siti Hawa Mohd Najib, 40, said she was worried that her daughter Athirah Firzana, 10, might contract Covid-19 at school.

Athirah is a Primary 4 pupil in De La Salle School, and has a 15-year old sister.

Two other sisters – a two-month-old infant and a 12-year-old – both contracted Covid-19 and have recovered, just like their mother.

Ms Hawa said her husband is still a positive case and is under home recovery.

She said: “I’m quite paranoid because of the traumatic experience we just went through. Daily Covid-19 cases are still rising, which is quite scary, so I don’t think going back to school is a good idea.”

As for the exams, Ms Hawa is glad they are cancelled.

She said: “Primary 4 is the streaming year and Athirah was quite stressed because she didn’t want to do badly. I’m glad she’s not under any stress now.”

Get the ST Smart Parenting newsletter for expert advice. Visit the microsite for more.