HONG KONG (Reuters) – SoftBank Group Corp (9984.T) is looking to invest in Chinese bike-sharing start-up Hellobike, people with knowledge of the matter said, as the Japanese conglomerate bets on a market that has struggled with oversupply and tightening regulations. 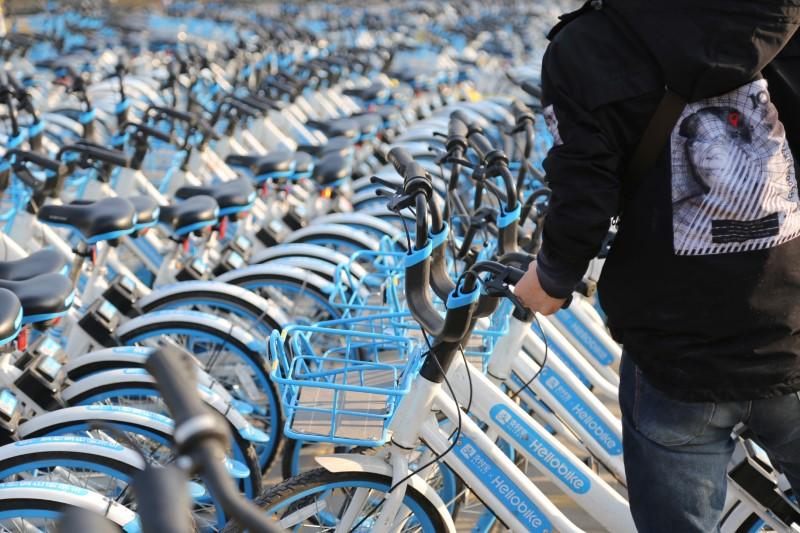 SoftBank will be joined by Chinese private equity firm Primavera Capital among others in a funding round, the sources told Reuters, with one of them adding that Hellobike was looking to raise a total of $400 million in the latest round.

A spokesman for Hellobike declined to comment on the fundraising, but said the company’s valuation had already exceeded $2 billion.

SoftBank declined to comment. Primavera did not respond to requests for comments. The sources declined to be named as the information is confidential.

Technology publication The Information first reported about SoftBank’s investment in Hellobike on Wednesday.

The investment comes as China’s once overheated bike-sharing sector has experienced a shake-up with industry leaders struggling to sustain growth, while smaller players vanish amid fierce competition fueled largely by investor money.

Hellobike is China’s No.3 player, according to market reports from research firms iiMedia and Analysys, and counts Alibaba Group (BABA.N) affiliate Ant Financial as its largest shareholder.

Mobike, one of the country’s leading bike-sharing firms, was acquired by Meituan Dianping, China’s largest provider of on-demand online services, for $2.7 billion in April.

Its arch rival Ofo is facing an uncertain future after failing to clinch a deal with ride-hailing giant Didi Chuxing and Ant Financial, which were weighing a joint buyout offer in August that could have valued Ofo at up to $2 billion.

Hellobike, founded in 2016, has focused on third- and fourth-tier Chinese cities. It currently has more than 200 million registered users and has presence in 300 cities in China, according to its website. The firm also began a car-hailing business in September.