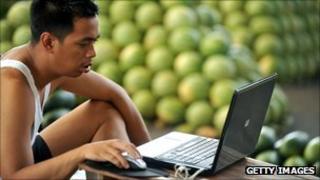 Powerful commercial interests control or influence much of the media.

There are more than 600 radio stations. With around 100 outlets, Manila Broadcasting Company is the largest network.

The private press is vigorous, comprising some 500 newspaper titles. The most popular are Filipino-language tabloids, which can be prone to sensationalism.

Press freedom is guaranteed under the constitution. But violent attacks and threats against journalists are serious problems, says NGO Freedom House.

“The government has allowed unpunished violence against journalists, most of it politically motivated, to become part of the culture,” the Committee to Protect Journalists has said.

By 2016 there were 44.5 million internet users (InternetLiveStats). Facebook and Twitter are the most popular social media platforms.