Out on bail, prominent Thai protest leader pledges to keep up campaign

BANGKOK (REUTERS) – One of the most prominent leaders of more than three months of anti-government protests in Thailand was freed on bail on Friday (Oct 23) and pledged to keep up the campaign to remove Prime Minister Prayut Chan-o-cha.

Jatupat “Pai” Boonpattararaksa was arrested on Oct 13, when a few hundred protesters scuffled with police a day before a major demonstration that also called for reforms to the monarchy of King Maha Vajiralongkorn.

“I want the people to come out to join us in changing the country,” Jatupat told Reuters after his release on bail. He faces multiple charges related to the protests.

His time in jail “has just changed my hairstyle but not our spirit and our demands”, Jatupat said, referring to the regulation buzz cut he was given in detention.

Dozens of protesters have been arrested and several of the best-known leaders remain in detention.

Protesters have given Mr Prayut until Sunday (Oct 25) to quit or face further action. They say Mr Prayut, a former military leader, engineered last year’s election to hold onto power he first took in a 2014 coup. He says the election was fair.

A ban on protests on Oct 15 backfired when it drew tens of thousands of people onto the streets in anger. The emergency decree was lifted on Thursday (Oct 22). Mr Prayut said he hoped it would “de-escalate” the situation.

The protests since July have been the biggest challenge to Thailand’s establishment in years and have also prompted unprecedented criticism of the monarchy – outraging Thai royalists.

Hundreds of Thai royalists wearing shirts in yellow – the King’s colour – waited outside the Grand Palace to receive him on a holiday marking the anniversary of the 1910 death of King Chulalongkorn, known as Rama V, who earned a reputation as a moderniser.

In a statement, government spokesman Anucha Burapachaisri said people were invited to join a Buddhist chanting ceremony on Saturday for the well-being of the country. More than 90 per cent of Thais are Buddhists. 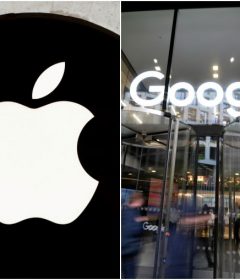