NEW DELHI — NASA has criticized India for the antisatellite test it carried out with great fanfare last week, saying it was riskier than officials claimed and created debris that could threaten the International Space Station.

“That kind of activity is not compatible with the future of human spaceflight that we need to see have happen,” Jim Bridenstine, NASA’s administrator, said on Monday at a town hall event in Washington organized by the agency.

He said that India, in shooting down one of its own satellites with a rocket, had left debris high enough in orbit to pose a risk to the International Space Station, calling that a “terrible, terrible thing.” The space station currently hosts a crew of six people.

Prime Minister Narendra Modi announced the downing of the satellite last Wednesday, a test launch that put India in an exclusive group of nations — along with the United States, China and Russia — with the capability to destroy targets in space.

“India stands tall as a space power!” Mr. Modi tweeted after the announcement. He said the test had been “indigenous,” accomplished entirely by Indians. Scientists estimate that the satellite India destroyed was moving around the Earth at 17,000 miles per hour.

India’s Ministry of External Affairs said in a statement that the test — called Mission Shakti, the Hindi word for “power” — had been carried out in the lower atmosphere “to ensure that there is no space debris.” The statement said that if the test created debris, it would “decay and fall back onto the earth within weeks.” 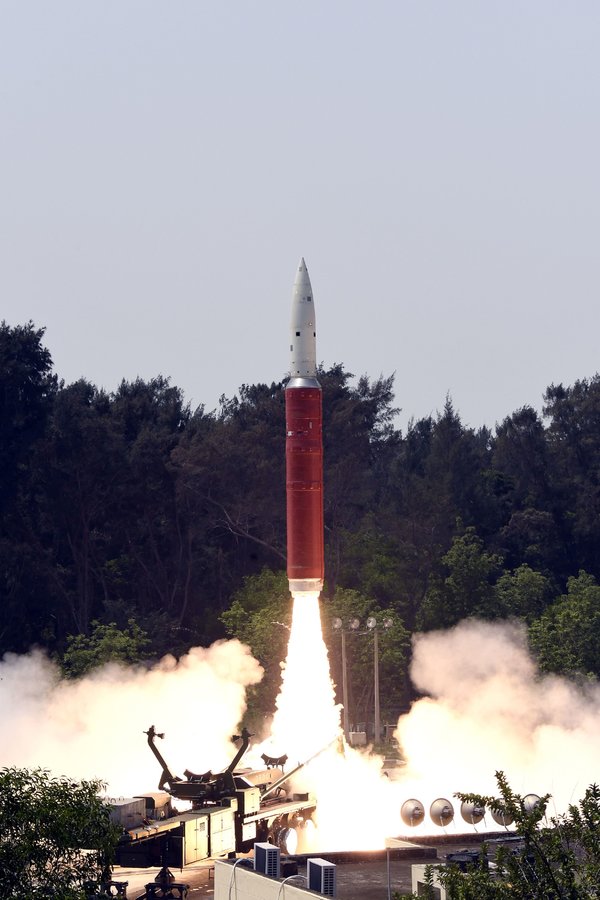 But Mr. Bridenstine said NASA had identified 400 pieces of orbital debris from the test, including about 60 trackable pieces at least 10 centimeters in size. Two dozen pieces were identified above the highest point of the International Space Station’s orbit. The station serves as a research laboratory and has hosted astronauts from 18 countries since it was launched into orbit in 1998.

“The good thing is, it’s low enough in Earth orbit that over time this will all dissipate,” Mr. Bridenstine said of the debris.

But that process takes time, he said. Much of the debris from a 2007 Chinese antisatellite test, for instance, is still in orbit. That test generated more debris than any other on record, with more than 2,000 trackable pieces.

Even small pieces of debris in orbit can be dangerous because of the speed at which they move. In 2011, crew members on the International Space Station took refuge in escape capsules because of an unidentified piece of debris, which passed within 1,100 feet of the station at a speed of 29,000 miles per hour.

There was no immediate response to his remarks from the Indian government.

NASA’s announcement was not the first negative reaction to India’s antisatellite test. Some analysts said last week that it could have worrying geopolitical consequences, intensifying a space race with China and threatening the delicate balance of power between India and Pakistan, which are both armed with nuclear weapons.

Mr. Modi made his announcement in a rare televised address to the nation, and some suspected the prime minister was trying to drum up support for his governing Bharatiya Janata Party, with voting set to begin next week in hotly contested general elections.

The elections are expected to be the biggest in history, with nearly 900 million people eligible to cast ballots. Mr. Modi saw a burst in support in the polls after India conducted airstrikes in Pakistan in February, in retaliation for a suicide bombing in Kashmir that killed Indian soldiers.