Major-General Chen Wei of the People’s Liberation Army in China knows what it means to don her uniform.

Whether it was fighting a dangerous viral outbreak, or contributing to relief efforts in the 2008 Sichuan earthquake and the 2014-16 Ebola outbreak in West Africa, she has never shied away from duty.

And so it was when Maj-Gen Chen, who was educated at the prestigious Tsinghua University, arrived in Wuhan in late January, on the third day after the city had been sealed to contain a mysterious virus.

It was the second day of Chinese New Year, and she had not even had time to tell her parents.

She told state broadcaster CCTV in an interview: “The pandemic is a military affair, and the affected areas are the war zones.”

Her work was commended by President Xi Jinping at a ceremony in September to laud those who had contributed to China’s fight against the pandemic.

In Wuhan, the chemistry graduate worked from a makeshift laboratory, where she and a team of military scientists researched on treatment for patients.

They took the lead in developing the plasma therapy that has since been accepted as an officially recognised treatment method, South China Morning Post reported.

Maj-Gen Chen, 54, who was given the title of People’s Hero at the ceremony, has also been leading a team to work on a vaccine with Chinese biopharmaceutical firm CanSino Biologics.

Their candidate, Ad5-nCoV, was awarded the first Covid-19 vaccine patent in China on Aug 11.

International media reported that Maj-Gen Chen was among the first to take the vaccine, a claim that she had not verified.

Her dedication to the cause has been praised by Chinese media outlets. She was also a top trending topic on Weibo in February.

Her father, who lives in their home town of Lanxi in eastern Zhejiang province, found out his daughter had been deployed to Wuhan only through the news.

Her husband Ma Yiming, in the meantime, took over the household chores.

He was a technician at a winery in 1989, when they first met on a train from Beijing to Qingdao.

He told CCTV how their then four-year-old son did not see his mother for months in 2003 when she and her team were in isolation developing a nasal spray treatment for Sars.

“My son jumped up and kissed the TV screen when he saw his mother on the news,” he said. 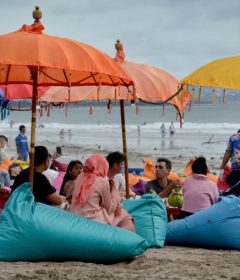