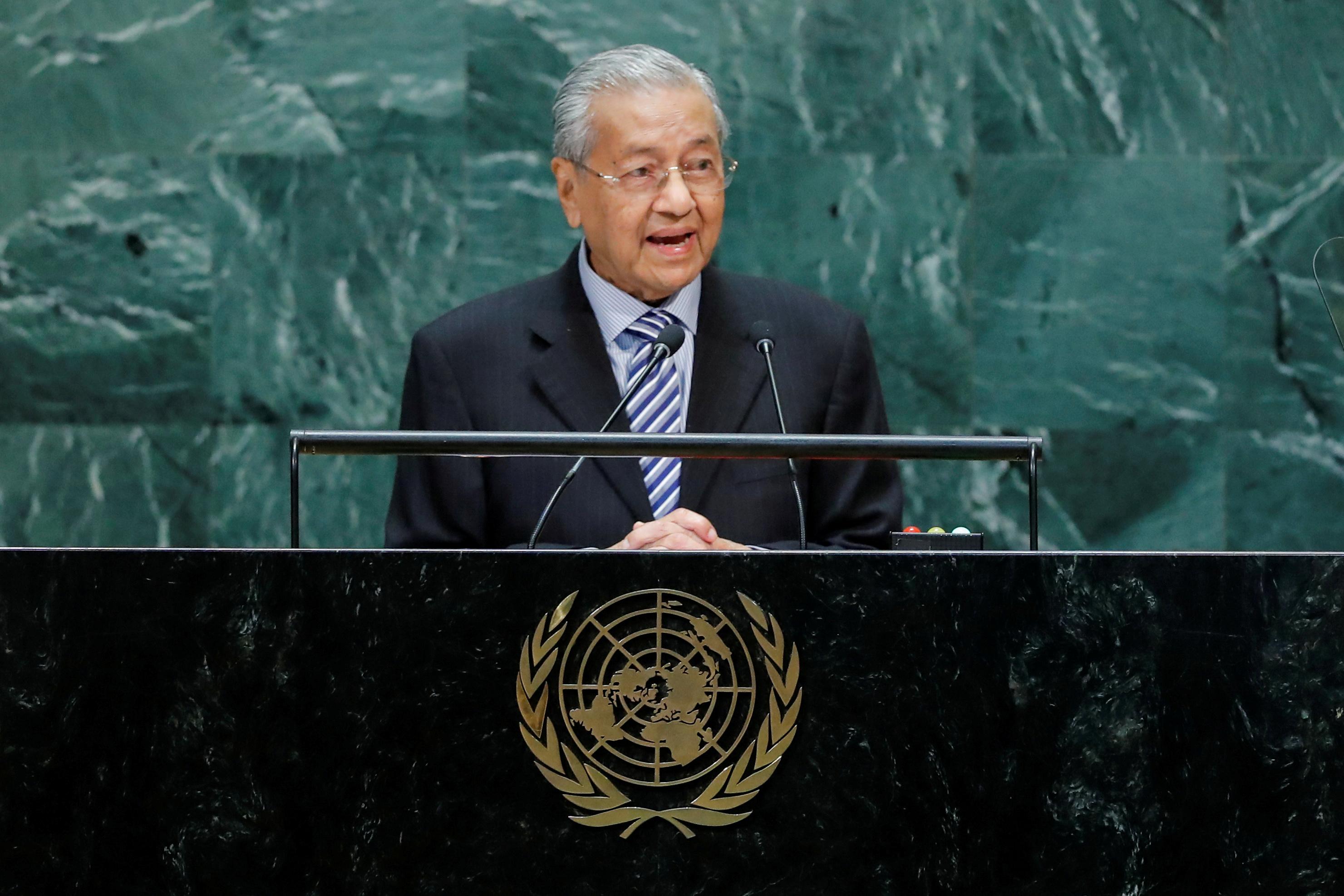 Mahathir did not mention the source of possible sanctions on the Southeast Asian country but said he was disappointed that proponents of free trade were now indulging in restrictive trade practices on a “grand scale”.

“Unfortunately, we are caught in the middle,” he told a conference in the capital Kuala Lumpur, referring to the U.S.-China trade war.

“Economically we are linked to both markets, and physically we are also caught in between for geographical reasons. There are even suggestion that we ourselves would be a target for sanctions.”

The United States and China were two of the three biggest export destinations for Malaysia between January and August this year. Singapore was the top destination.

To cushion the impact of the collision between the superpowers, Mahathir said Malaysia was collaborating more with its regional neighbors.

Mahathir also complained of being bullied by powerful nations, referring to a campaign by European countries against Malaysia’s agricultural mainstay of palm oil. The edible oil contributed 2.8% of Malaysia’s gross domestic product last year and 4.5% to total exports.

“Having cleared most of their forests and refusing to reduce their noxious emissions, they now try to impoverish the poor by preventing them from clearing their forest for living space and earning a living,” he said.

The European Union passed an act earlier this year to phase out palm oil from renewable fuel by 2030 due to deforestation concerns.

There are also concerns that India, one of the biggest buyers of Malaysian palm oil, would restrict imports of the product due to a diplomatic row over comments made by Mahathir on New Delhi’s recent actions in the disputed South Asian region of Kashmir.