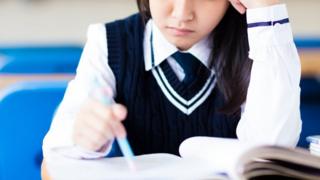 Child suicides in Japan are the highest they have been in more than three decades, the country’s education ministry says.

In the fiscal year 2016/7 up to March, 250 children from elementary to high school age were recorded as having taken their own lives.

The number is five more than last year, and the highest it has been since 1986.

Concerns the children had reported included family problems, worrying about their futures and bullying.

But schools said the reasons behind about 140 of the deaths are unknown as the students did not leave a note.

Most of those who took their lives were of high school age, where Japanese students typically study until they are aged 18.

A report released by Japan’s Cabinet Office in 2015 looked at child suicide data in the country from 1972-2013, which recognised a massive peak at the start of the second term of the school year on 1 September.

Japan had one of the highest suicide rates in 2015 but since preventative measures were introduced, the figures have dropped, according to World Health Organization.

However, child suicide rates remain relatively high – making it the leading cause of death among young people in the country.

“The number of suicides of students have stayed high, and that is an alarming issue which should be tackled,” education ministry official Noriaki Kitazaki said as the latest figures were released.

If you are feeling emotionally distressed and would like details of organisations which offer advice and support, click here. In the UK you can call for free, at any time, to hear recorded information on 0800 066 066. In Japan you can get help here.