TOKYO (Reuters) – Japan’s core machinery orders tumbled by the most on record in September, the Cabinet office said on Thursday, after a severe earthquake and typhoons disrupted business activity. 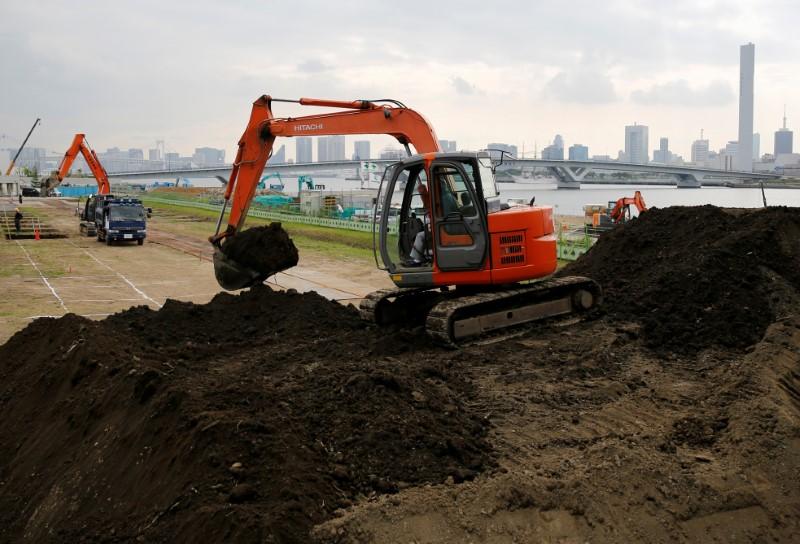 The 18.3 percent slump in machinery orders far outpaced the median market estimate for a 10.0 percent decline and follows a 6.8 percent increase in August.

Despite the slump, manufacturers surveyed by the government expect core machinery orders to rise 3.6 percent in October-December after a 0.9 percent increase in July-September, but some economists worry this forecast is overly optimistic.

The northern island of Hokkaido lost power after a severe earthquake in September, which followed a series of typhoons and floods that damaged infrastructure in western Japan.

Orders from manufacturers fell 17.3 in September after a 6.6 percent in August, due to declining orders from makers of chemicals, electronics, and autos, the data showed.

Service-sector orders fell 17.1 percent, versus a 6.0 percent increase in the previous month, due to a decline in orders for railway cars, heavy machinery, and computers.

“Core” machinery orders exclude those for ships and from electricity utilities.

The government changed its assessment of machinery orders to say they are recovering but fell sharply in September.

The coincident index, which consists of indicators such as industrial output, jobs figures and retail sales data, fell a preliminary 2.1 points in September from the previous month, the Cabinet Office said on Wednesday.

The government cut its assessment of the coincident index for the first time since May 2015, saying it is stalling.

Japan’s economy is expected to have contracted an annualized 1.0 percent in July-September due to the natural disasters and a slowdown in overseas demand, a Reuters poll found. The government will release the data on Nov. 14.

Analysts believe Japan’s economy will recover from the setbacks caused by the quarter’s natural disasters.

However, there is a risk companies will curb capital expenditure if overseas demand weakens further.

Declining momentum in the global economy and possible spillover effects from the US-China trade dispute pose risks to the outlook.