Home » Asia » He Escaped Death as a Kamikaze Pilot. 70 Years Later, He Told His Story.

He Escaped Death as a Kamikaze Pilot. 70 Years Later, He Told His Story.

TOKYO — For more than six decades, Kazuo Odachi had a secret: At the age of 17, he became a kamikaze pilot, one of thousands of young Japanese men tasked to give their lives in last-ditch suicide missions near the end of World War II.

As he built a family and a career as a Tokyo police officer, he kept his secret from virtually everyone, even his wife, who knew only that he had served as a Japanese Navy pilot. The experience, he felt, would be too hard to explain to a society that mostly viewed the kamikaze as maniacal zealots who volunteered for an unthinkable sacrifice.

But over the years, as Japan’s complex relationship with the war changed, Mr. Odachi gradually began to share his story with a small group of friends. In 2016, he published a memoir, recounting how he had fallen asleep each night wondering if tomorrow it would be his turn to die for a lost cause. The book was released in English translation in September, the 75th anniversary of the conflict’s end.

Mr. Odachi, 93, one of the last living members of a group never meant to survive, said he hoped to memorialize the pilots as young men whose valor and patriotism were exploited. “I don’t want anyone to forget that the wonderful country that Japan has become today was built on the foundation of their deaths,” he said in a recent interview at his home.

The kamikaze are the most potent symbol of the war in Japan, a vivid example of the dangers of fervent nationalism and martial fanaticism. But as the generation who lived through the war fades away, Japan’s opposing political sides are vying to reinterpret the kamikaze for a public still divided over the conflict’s legacy.

For the right, the kamikaze are a symbol of traditional virtues and a spirit of self-sacrifice that they believe is woefully absent from modern Japan. For the left, they are part of a generation destroyed by Japanese militarism, and a powerful reminder of the importance of maintaining the country’s postwar pacifism.

“The kamikaze as a historical fact, and as a symbol, have a very powerful potential to be used on either side of that argument,” said M.G. Sheftall, a professor at Shizuoka University and the author of “Blossoms in the Wind,” a collection of interviews with the pilots.

Mr. Odachi himself has little interest in politics. Nowadays, he welcomes visitors into his home in the Tokyo suburbs, where he vividly re-enacts old war scenes, stomping on imaginary airplane pedals and fiercely pulling a pretend flight stick.

His story defies the simple stereotypes often evoked by Japan’s conservatives and liberals.

He volunteered to fight in a war he believed his country would not win. He was prepared to die to protect those he loved, but not to throw his life away.

Today, he is staunchly antiwar and thinks Japan’s pacifist constitution is fine just the way it is, but he remains a strong advocate for the country’s right to self-defense. He has no regrets about his decision to enlist, and he visits Yasukuni Shrine — where generations of Japan’s fallen soldiers are enshrined alongside some of its most notorious war criminals — several times a year to console the souls of his friends who died in combat.

Growing up in a village near an air base, Mr. Odachi had long been fascinated by planes, and when the war began, he decided that he would one day fly one. He enlisted in Japan’s armed forces in 1943 and joined the Yokaren, an elite group of teenagers who were trained as Navy pilots. 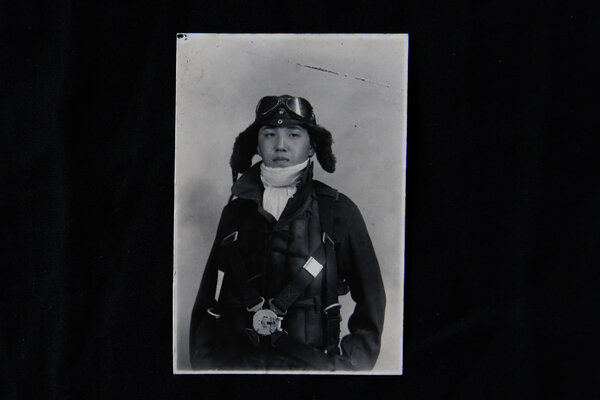 The Yokaren, Mr. Odachi pointed out, were different from other kamikaze, students who had been yanked out of their schools and consigned to death with little preparation or training. Still, the young men in Mr. Odachi’s program were groomed to die in aerial combat even before Japan’s desperate turn to suicide missions.

Cadets were celebrated as cherry blossoms, a flower whose vivid beauty is accentuated by its brief existence. Even the buttons on their uniforms, embossed with the flower, served as a reminder of their imminent death in battle.

“We all knew that ‘happily ever after’ was an unlikely outcome,” Mr. Odachi wrote in his book, “Memoirs of a Kamikaze.” “We weren’t destined to live long.”

When he arrived in Japanese-occupied Taiwan in August of 1944, the war was entering its end stage.

Japanese forces had been ground down by American technological superiority and the overwhelming production capacity of the U.S. war machine. An allied victory appeared increasingly inevitable, and Japanese tactics began to demand even greater human sacrifice.

In dogfights, pilots were instructed to “aim to carve the enemy with our own propellers,” Mr. Odachi wrote. “Of course, death was a certainty if this happened, but at least we would take the enemy with us.”

The tactics hinged on the belief that Japanese airmen were more willing to die than their enemies.

The force of that conviction was put to the test in October 1944, when Japan’s Navy decided to gamble everything to stop an American attack on its forces in the Philippines, during what would become known as the Battle of Leyte Gulf.

Japanese officers explained to Mr. Odachi and his cohort the plan to use suicide missions and asked for volunteers. They were met with stunned silence.

Only when the officers began to harangue them did the first few men reticently volunteer, he wrote. “We were essentially cajoled into committing suicide,” he recalled.

On Oct. 25, Mr. Odachi witnessed the first successful sortie of suicide fighters take off from a bombed-out runway in the Philippines. But Mr. Odachi and his fellow troops soon found themselves pinned down in the island nation, as American bombers destroyed many of his squadron’s remaining planes.

Months later, he and others escaped to Taiwan, where, on April 4, 1945, he was ordered on the first mission of his 10-month stint as a suicide pilot.

Mr. Odachi’s Zero — the agile Japanese fighter plane that dominated the Pacific skies in the war’s early years — was loaded with an 1,100-pound bomb, weighing it down so much that it would be impossible to outmaneuver the enemy. When American fighters spotted him, he jettisoned his bomb into the ocean and managed to escape.

On his next sortie, his group failed to find a target. The next six missions also ended in failure.

After each attempt, he would wait for weeks for new orders. Every night, the officers announced who would fly into battle the next day. It “felt like the conferral of the death penalty, and it was stomach-turning,” he wrote.

But by the end, he said, “we had become indifferent to matters of life and death. Our only concern was making the final moment count.”

That moment, however, never came. On his final mission, his plane was preparing to take off when a member of the ground crew ran onto the runway, shouting and waving for the squadron to stop. The emperor, Mr. Odachi learned, had just announced Japan’s surrender. He was going home.

On his return, as a train took him through the bombed-out remains of Hiroshima, he truly understood that the war was over. At his home in Tokyo, he took the ceremonial short sword commemorating his status as a kamikaze and threw it into the hearth fire, where it melted into a lump of steel.

His only souvenirs from the war are a handful of photos and a present from a young woman he met in Taiwan: a silk scarf, made from a parachute, that is embroidered with cherry blossoms and a blue anchor, the symbol of the Yokaren.

Mr. Odachi has never revealed the woman’s identity. It is one of the few things about the war he still refuses to talk about.

People, he said, have often remarked that the kamikaze “didn’t value their own lives.” He hopes that his memoir will remind them not just of the conflict’s costs, but also of the humanity of the young men whose lives were sacrificed for it.

“We were the same age as today’s high school students and college freshmen,” he said. “There wasn’t a single person among us who would have decided on their own to die.” 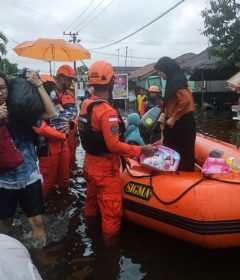