TOKYO (Reuters) – Japan on Friday named six investment banks to lead manage a mammoth sale of shares in Japan Post Holdings, leaving out top-ranked Nomura Holdings days after it was disciplined over an information leak. 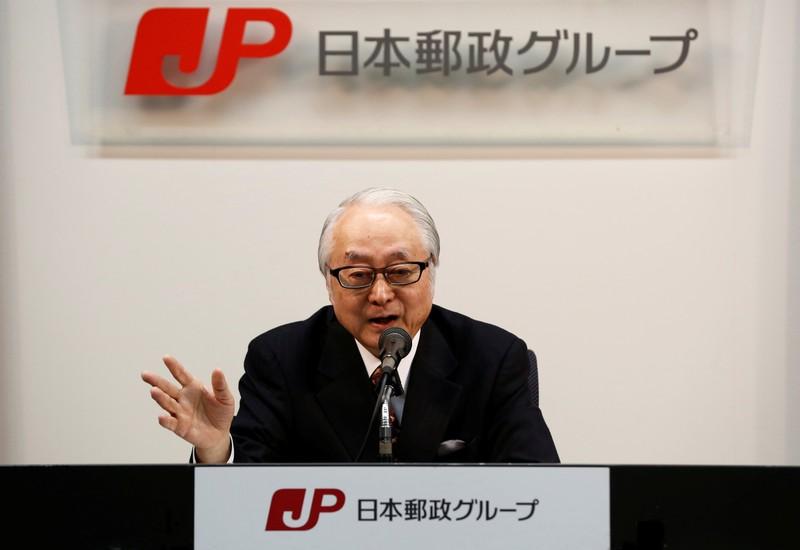 The Ministry of Finance said it had chosen Daiwa Securities, Mizuho Securities and SMBC Nikko Securities to handle the domestic sale.

While the government has yet to announce the size of the share sale, it is widely expected to raise at least 1.2 trillion yen ($11 billion).

But Nomura, Japan’s largest investment bank and brokerage and usually a fixture in the country’s high-profile capital markets deals, was not named.

Japan’s financial watchdog on Tuesday ordered Nomura to improve its business practices after the firm said an employee had leaked market information.

“We took into account issues that occurred during the review period,” a director of government shareholding office at the ministry told reporters, referring to the leak of information related to listing and delisting criteria now under review by the Tokyo Stock Exchange.

The CEO of Nomura, Koji Nagai, last week took responsibility for the improper handling of market information and said he would take a 30% pay cut for three months.

An employee from its Nomura Research Institute affiliate leaked information about the expected changes to the chief strategist of its securities arm, who informed sales staff. The sales staff, in turn, told clients, Nomura has said.