MANILA – Philippine President Rodrigo Duterte on Monday (June 14) further eased restrictions in Metro Manila and four nearby provinces, as Covid-19 infections remain under control in an area that covers a quarter of the country’s population.

But tight curbs were kept or expanded in places reeling from a wave of infections, including Mr Duterte’s home town of Davao City.

Mr Duterte said restrictions would remain till enough Filipinos are inoculated against Covid-19.

The Philippines has vaccinated just 4.3 per cent of its population of about 100 million, lagging behind most of its Asean neighbours.

“I know you want to go out. I know you’re itching to travel. But please do it some other time,” said Mr Duterte.

Curfew in Metro Manila – home to some 13 million – is now from midnight till 4am, instead of 10pm to 4am.

Restaurants, barber shops and salons can fill half their indoor space, up from just 30 per cent before.

Legal, financial, outsourcing, tech and retail services firms may reopen their offices, but only half their workforce can be onsite.

Churches can fill up to half their seats during Sunday services.

The easing of rules also extends to the provinces of Cavite, Laguna, Bulacan and Rizal.

Tourism Secretary Bernadette Puyat expects the Philippines to lift quarantine requirements for tourists from abroad who have been fully vaccinated.

A report by Octa Research Group showed Metro Manila averaging 892 cases a day in the past week.

That was 15 per cent less than the previous week.

Metro Manila now accounts for just 27 per cent of new cases, from as high as 94 per cent during the peak of a surge monitored from March 29 to April 4.

The Philippines has recorded more than 1.32 million cases, and close to 23,000 have died.

It has the second-worst outbreak in South-east Asia, after Indonesia.

Since imposing a sweeping lockdown in March and April, it has managed to keep infections down to between 6,000 and 7,000 a day. 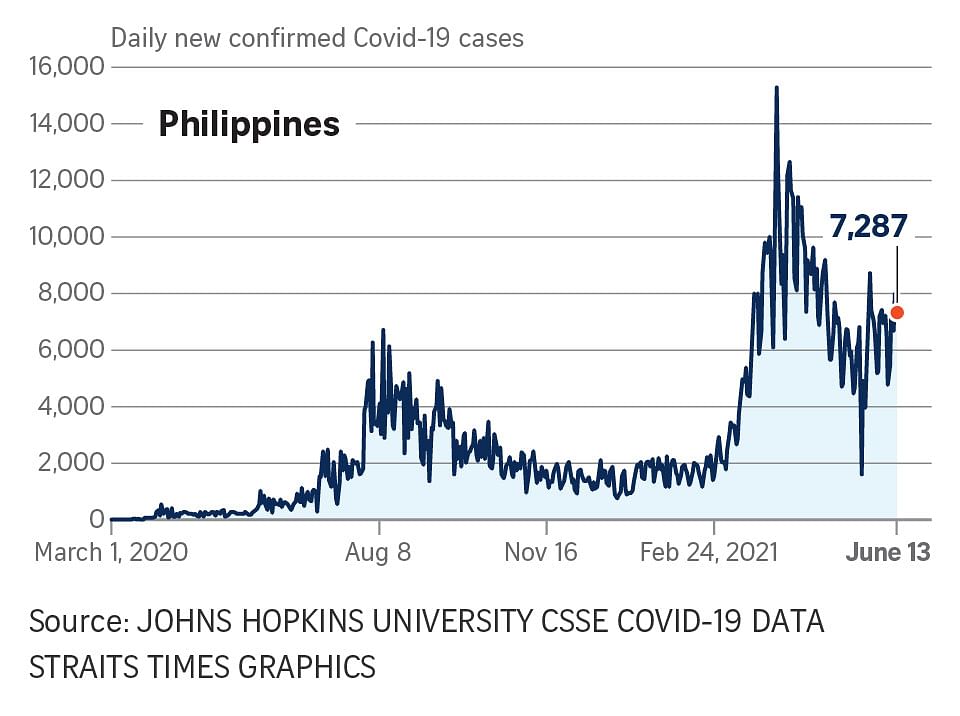 Officials said cases have not fallen to last year’s levels because of spikes in the country’s central and southern areas.

Davao still has the most cases among densely populated cities, though there has been some improvement.

Another high-risk area is Dumaguete City, where cases have surged by 129 per cent over a one-week period. 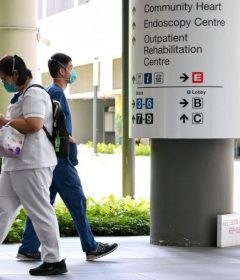