Powell over the course of a 90-minute hearing before the Joint Economic Committee dodged several efforts to pull him into pre-election-year politics, alternately saying that the Fed’s job was not to set trade, immigration or federal spending policies, weigh in on Democratic candidates’ wealth tax and other proposals, or dole out credit for the U.S. economy’s record-setting expansion, now in its 11th year.

“It has been a long slow recovery but it has come a long way,” Powell said when asked by Texas Republican Senator Ted Cruz what policies he credited most for a solid decade of continued growth. “I want everybody to get credit for that.”

But the Fed chief did wade into the economics of the negative rates of interest that countries including Switzerland and Germany currently pay on their government bonds. Trump has repeatedly called for Powell’s Fed to cut rates and deliver the same for his government, on Tuesday in New York telling the Fed to “give me some of that money.”

“Negative interest rates would certainly not be appropriate in the current environment,” Powell said in response to a question about why European countries can in effect tax their bondholders by paying back less than is borrowed.

“Our economy is in a strong position. We have growth, we have a strong consumer sector, we have inflation … You tend to see negative rates in the larger economies at times when growth is quite low and inflation is quite low. That’s just not the case here,” he said.

Powell’s opening statement, in fact, emphasized that even after a year in which many market analysts saw a rising risk of a U.S. recession, the Fed’s outlook is for continued growth.

He said the impact of three rate cuts this year are still to be fully felt in supporting household and business spending, and will let the central bank likely stop where it is unless there is a “material” change in the economic outlook. Investors have read that, so far, to mean rates may be on hold until late next year, perhaps sheltering the Fed from having to make a rate cut or hike during what promises to be a bitter U.S. election campaign focused on economic issues. There was little market reaction to Powell’s congressional appearance.

“We see the current stance of monetary policy as likely to remain appropriate with our outlook of moderate economic growth, a strong labor market, and inflation near our symmetric 2% objective,” Powell said. “The baseline outlook remains favorable … My colleagues and I see a sustained expansion of economic activity … as most likely.”

Trump and the 2020 election served as the backdrop to the Fed chief’s appearance before the joint panel of senators and members of the House of Representatives.

It has been a hard topic for Powell to avoid, between the Republican president’s repeated calls for lower rates, and the fact that the administration’s tariff and trade policies are currently considered one of the chief risks to global economic growth and a direct drag on business investment. 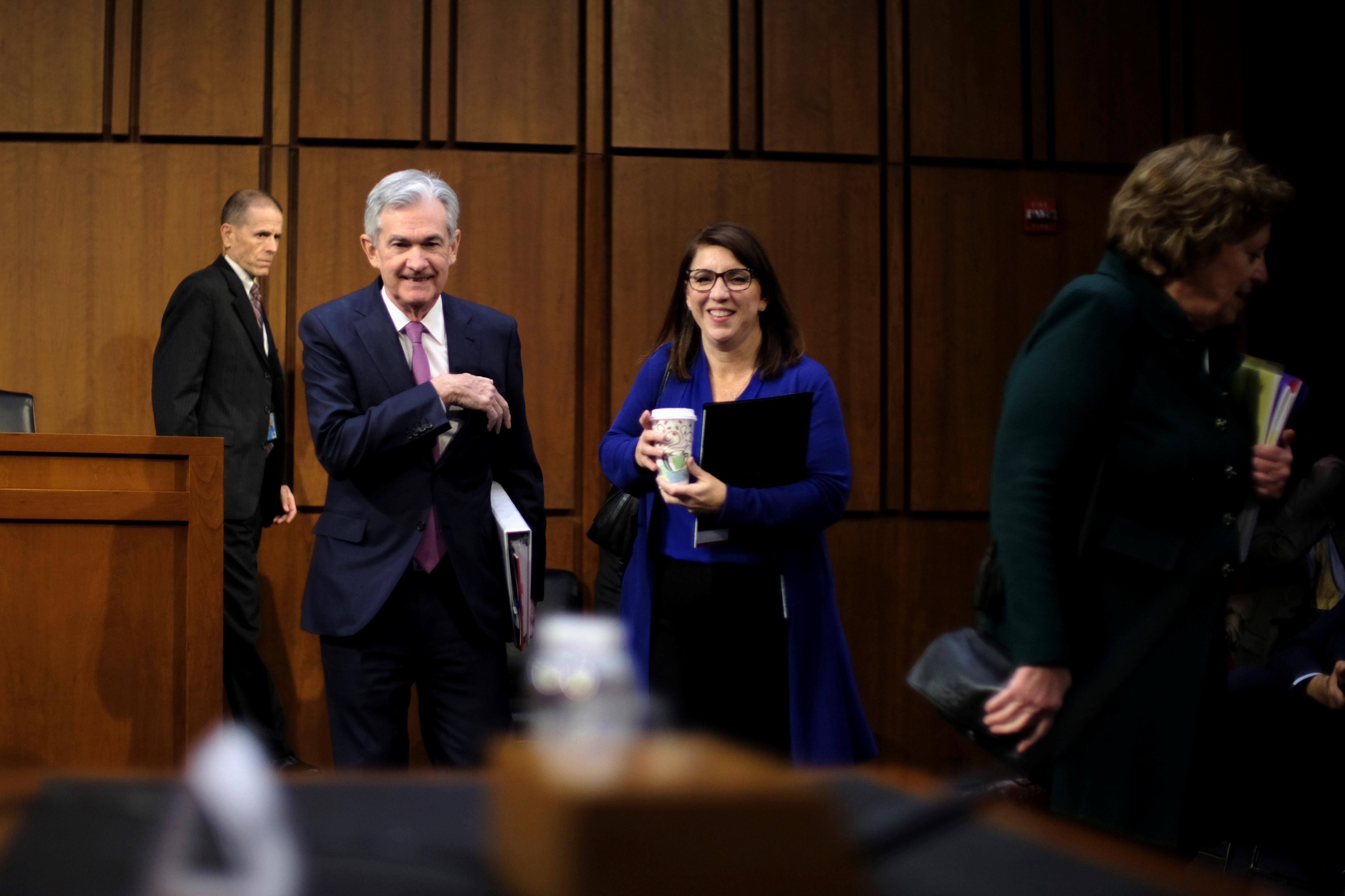 It is in part the uncertainty surrounding the administration’s approach to managing the economy that the Fed has bought “insurance” against with its three rate cuts this year.

Powell, who was nominated for the top Fed job by Trump two years ago, continued to walk a fine line in the hearing, explaining that while the central bank has “called out” the risks posed by what he refers to as “trade developments,” the Fed “should never be heard to be commenting on trade policy. It is not our job … Our lane is the economy.”

Several elected officials, however, tried to pull Powell from that lane, Cruz most directly, asking “if a massive tax increase is good or bad for the economy?”

“I just, honestly, don’t want to get into that business if you’ll forgive me,” Powell replied. “It is really not our role to score or evaluate campaign proposals.”