LONDON (Reuters) – European shares attempted a rebound on Wednesday as trade war fears which had pushed indexes into the red during the previous session eased on the prospect of a meeting between the U.S. and Chinese presidents at a G20 meeting. 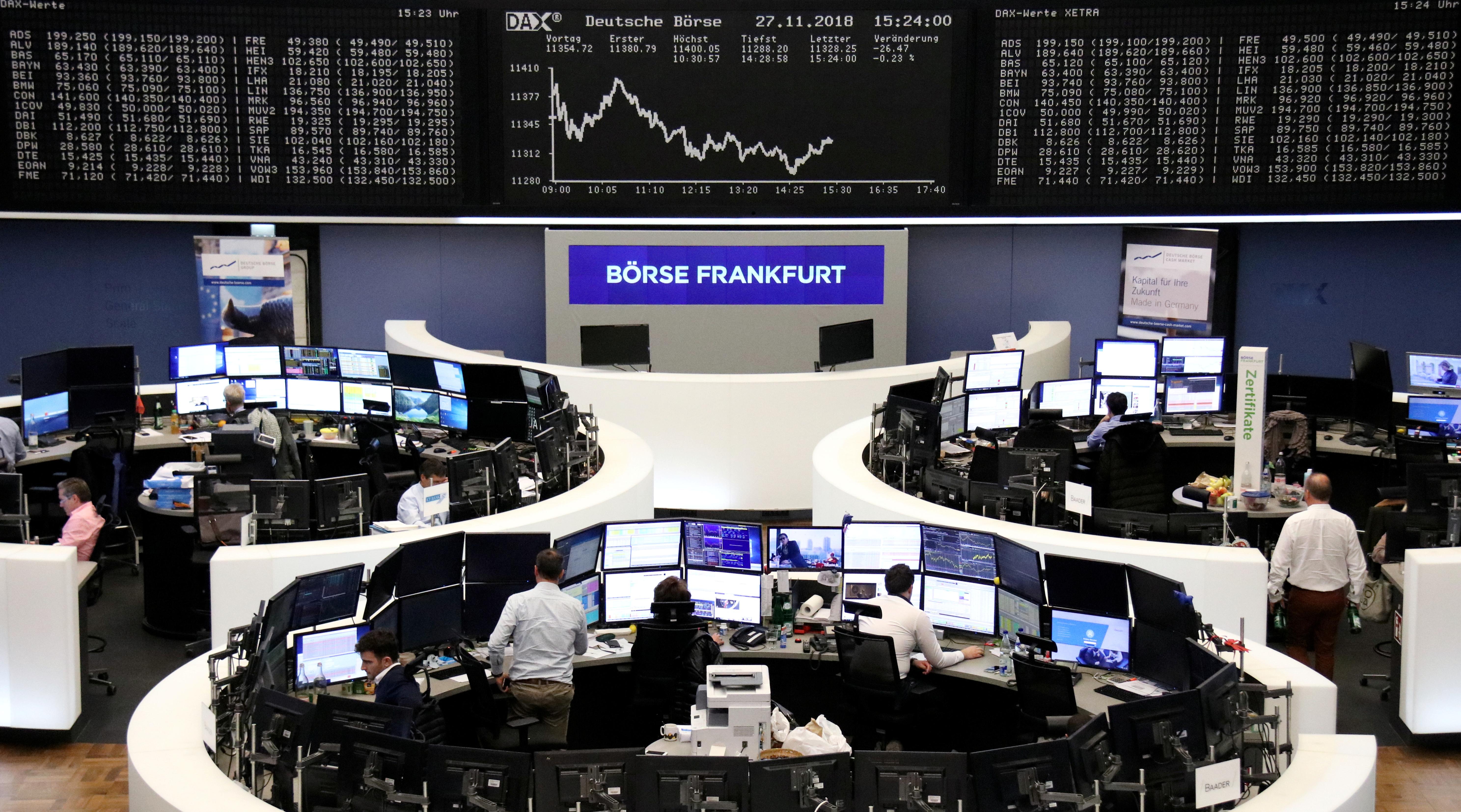 The pan-European STOXX 600 benchmark was up 0.2 percent by 0956 GMT with most major bourses trading in positive territory.

Caution was nevertheless palpable on the trade front with the European automotive sector down about one percent after a German press report on Tuesday said new U.S. tariffs on imported cars could be imposed after the G20 meeting in Buenos Aires.

“This G 20 is truly going to be a game-changer if so”, commented Rabobank analysts.

Amid continued uncertainty, the automotive sector .SXAP was the worst performer in Europe with a 0.7 percent fall.

Germany’s Continental (CONG.DE) helped to bring the index down with a 5 percent slide with traders mentioning a “cautious tone” from the company during a conference.

Milan was a laggard among regional trading centers with shares in steel firms Tenaris (TENR.MI) dropping about 7 percent.

The fall, which comes as the CEO of Techint, the parent company of Tenaris, was charged by an Argentine federal judge, weighed on the FTSE MIB which was 0.2 percent on the minus side.

In London, the FTSE 100 .FTSE was up 0.2 percent with banks and financial stocks in the black while traders wait for the Bank of England to publish the results of its 2018 stress tests after the close.

France’s Danone (DANO.PA) was the worst performer on an otherwise rising CAC 40 .FCHI, falling 2.5 percent after Goldman Sachs cut its rating to “sell”, saying it believed the consensus and the company’s guidance were optimistic.

Telecoms .SXKP continued to shine with the sector index up 0.5 percent and hitting their highest since mid-May amid renewed hopes of mergers and acquisitions after the European Commission cleared the acquisition of Tele2’s Dutch unit by Deutsche Telekom.

U.S. monetary policy was also on investors’ mind ahead of a speech by the head of the Federal Reserve Jerome Powell amid recent market volatility and signs of a global slowdown.

A Reuters poll showed that investors expect slowing growth and political risks to weigh on European shares in the next 12 months.

The STOXX 600 benchmark index is expected to reach 365 points by year-end, according to the poll of 27 brokers, fund managers and analysts, 1.9 percent above Monday’s close of 358 points but 6.2 percent down on the year.