LONDON (Reuters) – The euro extended losses on Tuesday to plumb a new three-year low against the dollar, after a German survey showing a slump in investor confidence added to pessimism about Europe’s largest economy. 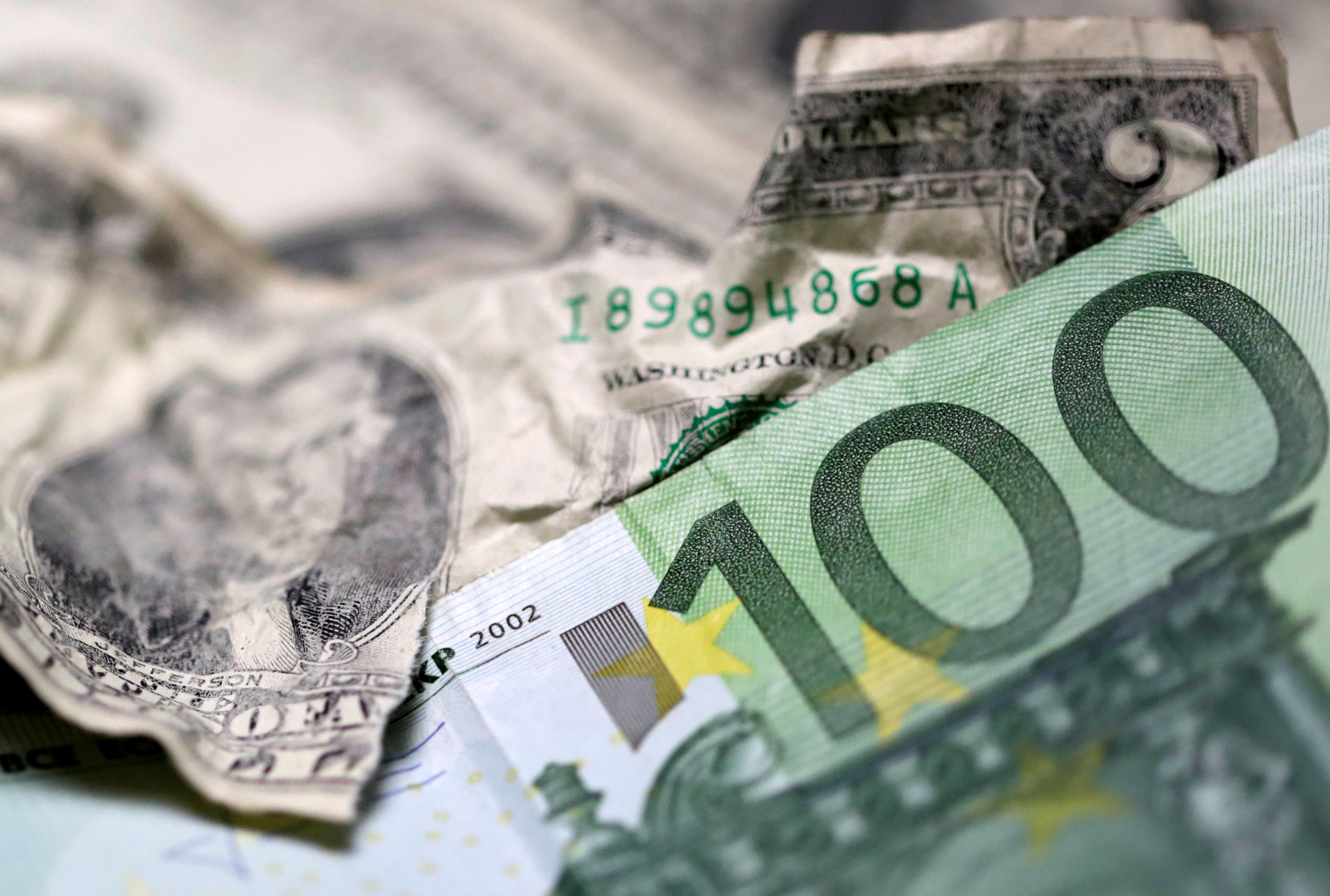 The euro has lost around 3.4% of its value against the U.S. dollar this year, as weak manufacturing and gross domestic product data from Germany confirm the euro zone is more vulnerable than most economies to the impact of the coronavirus outbreak which started in China.

The U.S. economy has proved more resilient than the rest of the world, keeping the dollar at 4-1/2 month highs against a basket of currencies =USD. Other safe-haven assets such as the Swiss franc and Japanese yen have also benefited.

“Breaking the $1.0800 level seems to be a question of when rather than if,” Petr Krpata, chief currency strategist at ING, said.

“The mix of soft euro zone data, the market pricing renewed ECB deposit rate cuts and attractive euro funding characteristics do not bode well” for the euro, he added.

The euro slipped also against the Swiss franc, taking it to within sight of the 4-1/2-year low plumbed last week EURCHF= while it also weakened half a percent versus the British pound to a two-month trough of 82.92 pence EURGBP=D3.

Poor euro area data has raised concerns monetary policy will remain looser for longer than previously expected. Minutes from the Reserve Bank of Australia’s (RBA) first meeting of the year similarly fuelled expectations of lower interest rates and weighed on the currency.

The RBA left rates at a record low 0.75% at that meeting, but the minutes showed it was prepared to ease policy further.. The Aussie fell 0.5% to 0.6674 versus the greenback, an eight-day low AUD=D3. It is also buffeted by the coronavirus due to Australia’s trade ties with China.

“If it weren’t for the virus, the incredibly cheap Aussie dollar would be definitely worth buying,” said Marc-André Fongern, head of FX research at Fongern Global Forex.

“However, investors should exercise patience as the Australian economy looks set to face further downward pressure.”

China’s ofshore-traded yuan fell 0.3% to an eight-day low of 7.0110 against the dollar CNH=EBS. A study showed that almost twice as many Chinese medical workers have been infected by coronavirus as officially reported.