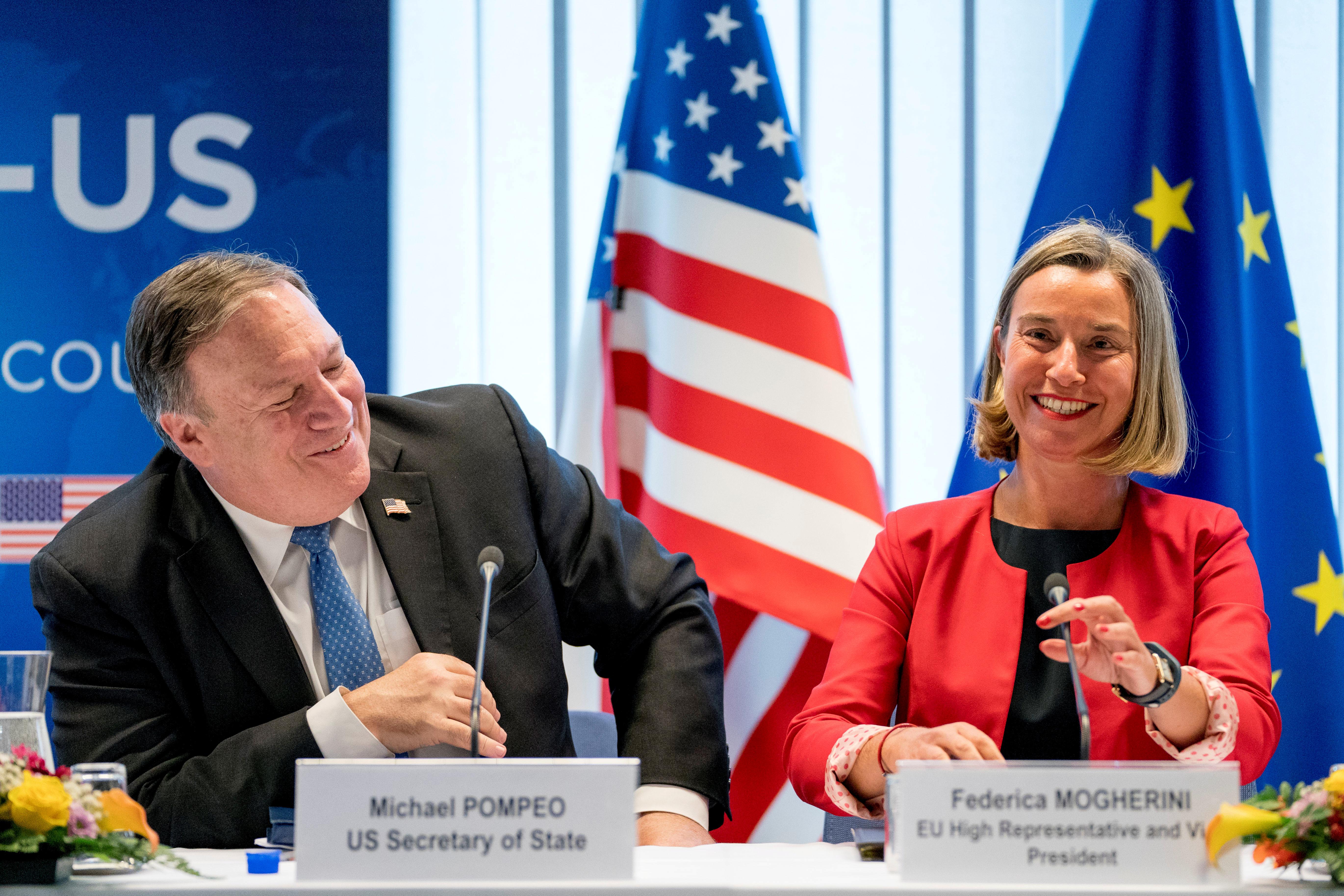 The main European powers – Germany, France and Britain – will raise pressure on Luxembourg to host the so-called Special Purpose Vehicle (SPV) after Austria refused to manage the plan, threatening its viability.

The EU’s executive promised EU lawmakers on Wednesday to find a solution and said that technical work continued, adding that the bloc would not be cowed by U.S. sanctions.

“We Europeans cannot accept that a foreign power, not even our closest friend and ally, takes decisions over our legitimate trade with another country,” European Justice Commissioner Vera Jourova told the European Parliament in Strasbourg, referring to the United States.

The stakes are high, for Iran has warned it could scrap a 2015 accord on curbing its nuclear program reached with world powers, including the big EU trio, if the bloc fails to preserve the deal’s economic benefits against U.S. pressure.

The SPV is a kind of clearing house that could be used to help match Iranian oil and gas exports against purchases of EU goods in an effective barter arrangement circumventing U.S. sanctions, based on global use of the dollar for oil sales.

The goal was to have the SPV legally in place by this month though not operational until next year, but no country has offered to host it, six diplomats told Reuters.

The SPV is seen as the lynchpin of European efforts to salvage the nuclear accord, from which U.S. President Donald Trump – who took office after the pact was clinched – withdrew in May, calling it flawed in Iran’s favor.

Austria has declined a request to play host for the SPV. Belgium and Luxembourg are two other possibilities, but both have expressed strong reservations, diplomats said, although they have not commented publicly.

Their reluctance arises from fears that SPV reliance on local banks to smooth trade with Iran may incur U.S. penalties, severing the lenders’ access to U.S. markets, diplomats said.

“Austria has indeed refused. It’s not dead, but it’s not going in the right direction. We are going to try again with Luxembourg, but we’re under no illusions,” a European diplomat said on Wednesday.

Luxembourg is seen as a good candidate to manage the Iran SPV given its experience setting up a similar mechanism during the 2009-12 euro zone financial crisis.

Under the 2015 deal, Iran restricted its disputed nuclear program, widely seen in the West as a disguised effort to develop the means to make atomic bombs, in exchange for an end to international sanctions against it.

A European failure to salvage the economic spin-offs from the deal could strengthen anti-Western hardliners in Iran and spur more aggressive Iranian moves around the Middle East, where the Islamic Republic is involved in protracted proxy wars with its main regional rival Saudi Arabia.

Austrian Foreign Ministry spokesman Peter Guschelbauer confirmed Vienna would not host the entity after studying the impact with ministries and the central bank.

“At the government level the decision was reached that there are simply still too many open questions and imponderables with this SPV,” Guschelbauer said.

EU foreign policy chief Federica Mogherini asked several states to consider being the headquarters, but diplomats said that as the SPV would need to work with local banks, they could become vulnerable to U.S. punishment for sidestepping sanctions.

“No one has come forward at this stage. If we don’t have a host country, we have a very big problem. So much is riding on this that some way will need for someone to host this. There is a lot of nervousness about what hosting an SPV means,” another diplomat told Reuters.

The Trump administration reaffirmed on Tuesday it would not hesitate to target Europeans for sanctions-breaking and said in the end it believed they would fall into line with Washington.

“I like to compare the attitudes that are changing in Europe to a book written years ago in the U.S. called ‘The Six Stages of Grief’,” National Security Adviser John Bolton said. “It starts off with denial. Then it ends up at acceptance.” 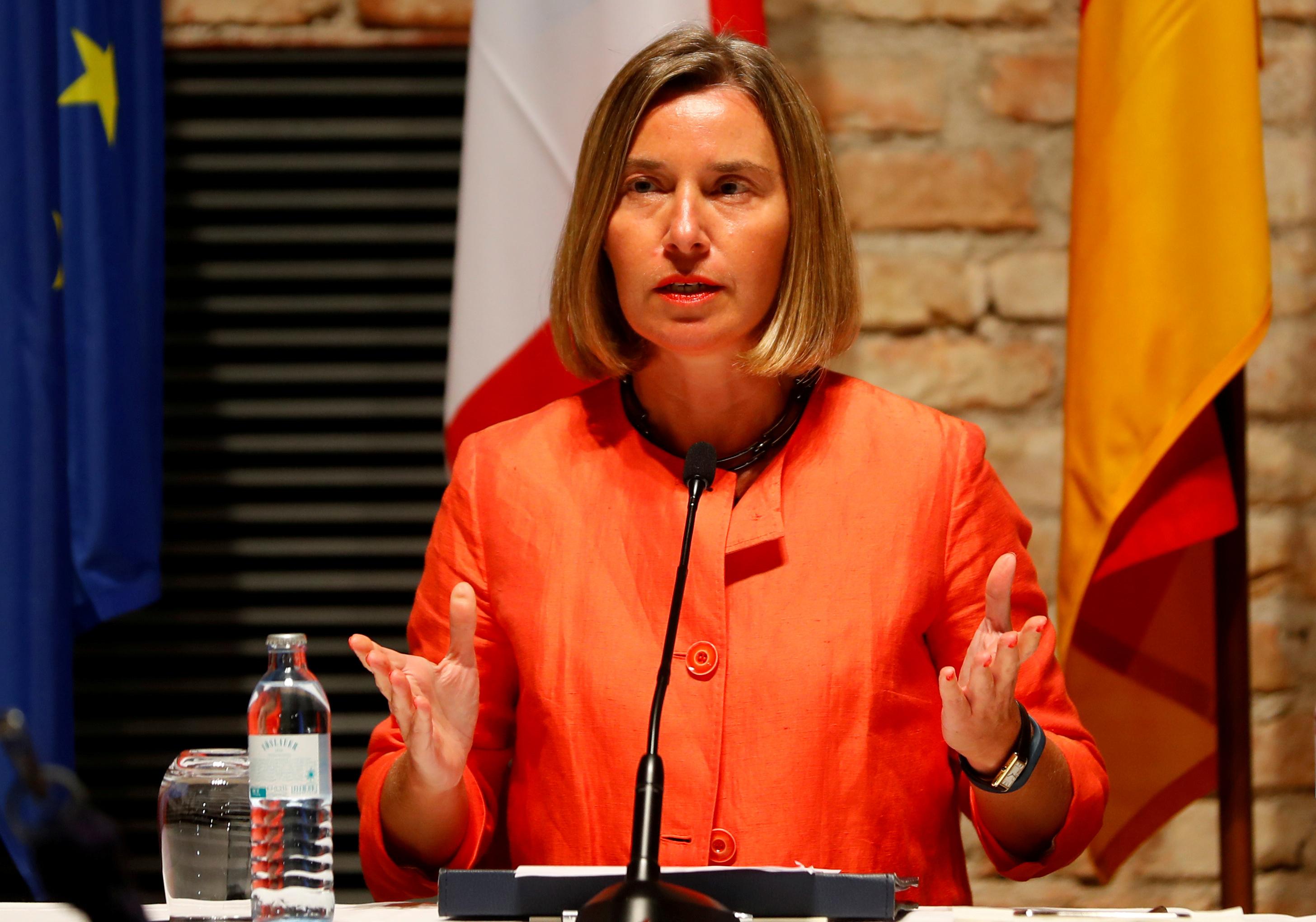 The SPV aims to dodge the global reach of the U.S. financial system by using an EU intermediary to handle trade with Iran. It could ensure, for example, that Iranian oil bought by Europeans could be paid for with EU goods and services of the same value.

France and Germany have ruled themselves out as SPV hosts.

“Germany and France, as Europe’s major economies and stakeholders to JCPOA (2015 nuclear deal), must step up role,” tweeted Ellie Geranmayeh, Senior Policy Fellow Iran at the European Council on Foreign Relations. “Disaster for Europe’s credibility if this trajectory continues for much longer.”