BRUSSELS/DAVOS (Reuters) – The European Union, China and 15 other World Trade Organization members agreed on Friday to create a temporary mechanism to settle trade disputes after U.S. action rendered the WTO incapable last month of acting as the umpire of global trade. 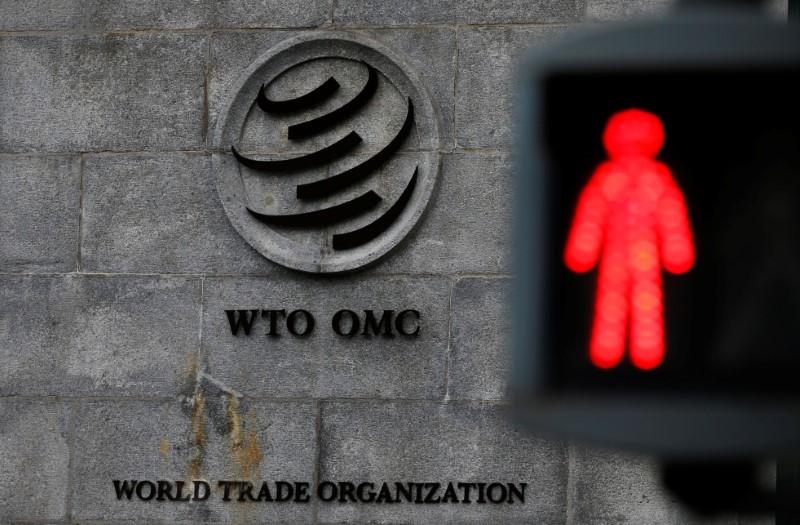 The European Commission said the WTO members involved had agreed to preserve the WTO’s two-step dispute system until the WTO’s own Appellate Body became operational again.

Washington froze the Appellate Body, which acts as a supreme court for international trade, by blocking appointments for over two years. Two of the body’s three members came to the end of their terms in December, leaving it unable to issue rulings.

Lower level three-person WTO “panels” will still advise on trade disputes, but such cases could be left in limbo without an appeals mechanism.

The EU had previously teamed up with Norway and Canada to form a separate appeals body that could resolve disputes.

While the United States is outside the group, U.S. President Donald Trump, speaking in Davos on Wednesday, vowed “very dramatic” action for the Geneva-based WTO.

WTO Director General Roberto Azevedo did not address the temporary appeals system in a news conference in Davos on Friday, but said WTO members meeting there had discussed the tasks ahead, including fixing dispute settlement at the WTO.

“There are options out there, we are trying to fix it, but we’re not there yet,” he said, adding that many papers and ideas had come forward.

“I would say that I would be confident that more progress will be possible in the short term.”

Azevedo said Trump had made it clear he wanted to see the WTO change and that he had been invited to Washington to discuss how deep such reform would be.

An EU source said the bloc welcomed the fact that the Trump administration was engaging with the WTO, which many of its members believe needs to reform to reflect changes in the global economy, including the rise of China.