TOKYO – Japan’s struggle with suicide has been well-documented even as deaths due to suicide had been declining for 11 straight years until Covid-19 hit.

From the country’s notorious “suicide forest” of Aokigahara – one of the world’s most-used suicide sites – to Takahiro Shiraishi, rapist and serial killer who used Twitter to lure suicidal women to his home, the spectre of suicide looms large over Japan and its perception abroad.

Behind every suicide and suicide attempt is an individual tragedy further exacerbated by isolation and lack of a social support network. Suicide has been consistently ranked among the top 10 causes of death in Japan for the past decade.

Amid the coronavirus pandemic last year, suicide fatalities in Japan increased by 3.7 per cent to 20,919, exhibiting a worrisome spike among women and youth.

Emperor Naruhito, who turned 61 on Tuesday (Feb 23), said that he felt pained by the increase in suicides and urged for all-out preventive efforts and greater support for vulnerable groups.

The number of suicide deaths last year is well under the all-time high of 34,427 recorded in 2003. But last year also marks the first year-on-year rise since the 2009 financial crisis.

Mr Tetsushi Sakamoto, 70, who is concurrently regional revitalisation minister and minister-in-charge of reversing Japan’s falling birthrate, takes on the position of “Minister of Loneliness”.

He heads a new office on suicide countermeasures, with about 30 officials, that began work last Friday.

“Women are suffering from isolation more (than men are), and the number of suicides is on a rising trend. I hope you will identify problems and promote policy measures comprehensively,” Mr Suga instructed Mr Sakamoto.

Japan follows in the footsteps of Britain which, in 2018, appointed a minister in charge of loneliness. London defines loneliness as “a subjective, unwelcome feeling of lack or loss of companionship”.

Mr Sakamoto wrote on his personal homepage: “It seems that Britain’s isolation problem lies with its elderly. But in Japan, the problem is lurking across age groups – including children, young people, women and older people – a problem that has manifested with the prolonged Covid-19 crisis.”

Japan has grappled with isolation issues described by words such as hikikomori (acute reclusiveness, typically of people who are unemployed and shun social interaction) and kodokushi (dying alone, a growing problem with a rise in single households).

This has been compounded by Covid-19. Waseda University sociologist Michiko Ueda, who studies suicide, said that women and youth are at higher risk of feeling psychologically cornered.

Youth, meanwhile, may feel isolated from being unable to attend school in person, she said, citing a study by the National Centre for Child Health and Development that showed 72 per cent of students reporting stress and 28 per cent depression from school closures.

The number of elementary, junior high and high school students who died by suicide surged 40 per cent to 479 last year, the highest since records began in 1980, Education Ministry figures show.

Prof Ueda expressed concern that these deaths could have inspired copycat suicides. Female suicides soared 90 per cent in October from the same month last year after the abrupt death of Ms Takeuchi, an award-winning popular actress at the height of her career, on Sept 27.

Last month, it was reported that a mother in her 30s killed herself out of guilt, haunted by the possibility that she had caught Covid-19 and spread it to her husband and daughter.

“I’m so sorry to have caused trouble,” she reportedly said in her suicide note.

She is one of the 1,646 suicides last month, when Japan enacted a state of emergency as it battles a third wave of Covid-19 cases.

This may be a decline from 1,694 in December and from 1,680 in the same month last year, but Prof Ueda said that the situation remains severe and called for customised proactive approaches that target vulnerable groups, beyond conventional strategies such as helplines. 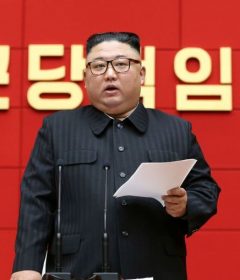 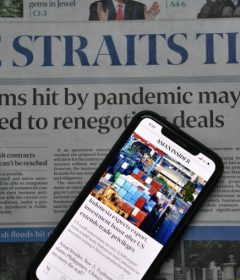 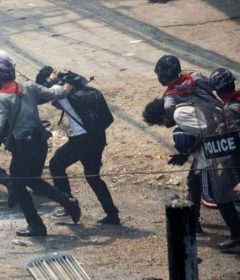