FRANKFURT (Reuters) – Commerzbank’s chairman and chief executive stepped down on Friday, bowing to demands from top shareholder Cerberus that the German lender change its strategy to stop a downward spiral in its financial performance. 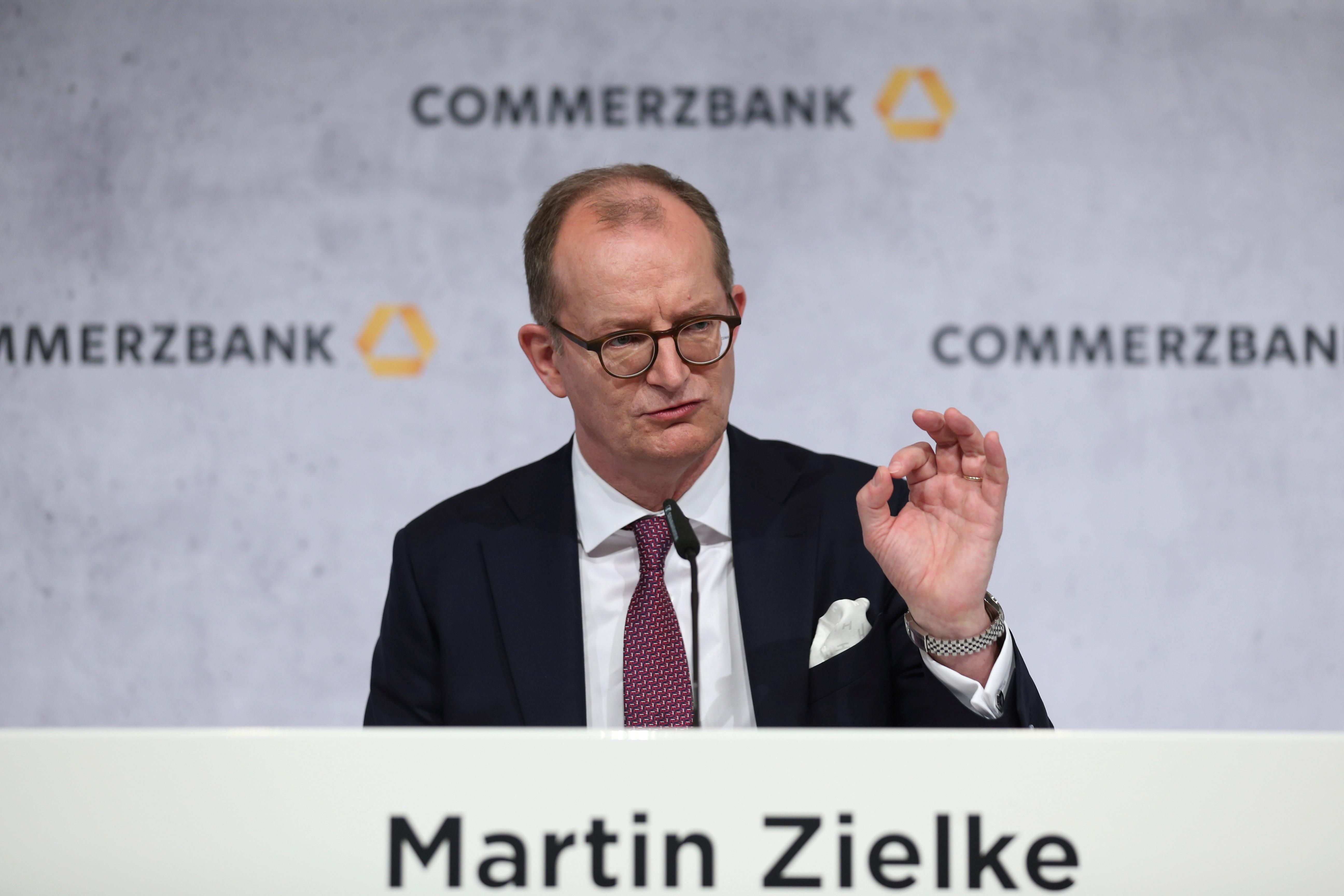 The resignations of chief executive Martin Zielke and supervisory board chairman Stefan Schmittmann cap weeks of drama after the U.S. private equity firm last month attacked Commerzbank’s management for failing to do enough to stop the decline.

The 150-year-old lender has struggled this year, reporting a first-quarter loss, halting its 2019 dividend plans, backtracking on the sale of its Polish unit mBank (MBK.WA), and losing a soccer team sponsorship deal to its rival Deutsche Bank (DBKGn.DE), with whom it failed to merge last year.

Bailed out by the state during the last financial crisis, Commerzbank is now considering cutting thousands more jobs and closing hundreds of branches to turn itself around.

Months before Cerberus took its complaints public, the German state, frustrated with the bank’s poor performance, replaced both of its representatives on the supervisory board.

Commerzbank said that a committee of the supervisory board discussed on Friday Zielke’s offer to resign and would recommend the board accept it at a July 8 meeting.

“I would like to open the way for a fresh start,” Zielke said. “The bank needs a profound transformation and a new CEO, who gets the necessary time from the markets to implement a strategy.”

Zielke was meant to present a strategy update to the board this week but the chief executive, in the top spot for four years, but was blocked from doing so by labour representatives.

Cerberus, which bought a 5% stake in Commerzbank in 2017, began an activist campaign to force the lender to change strategy and hand the U.S. investor two seats on its supervisory board early last month.

The U.S. investor said on Friday that it was not surprised by the resignations, though it was surprised by the timing, a person close to the investor told Reuters, adding that it would work with the government and bank staff to fill the management vacuum.

The state, which owns almost 16% of Commerzbank, is its largest shareholder. The Finance Ministry said it was fully committed to its engagement with the bank.

“Commerzbank plays a central role in the financing of small and medium businesses and exports,” the ministry said in a statement.

Two top 10 investors said on Friday that Roland Boekhout, who recently joined Commerzbank from ING Group, would be a credible replacement for Zielke, echoing sentiments from other bankers in recent months. Neither Commerzbank nor Boekhout responded to requests for comment.

Last year, Commerzbank wanted to merge with its larger rival Deutsche Bank but talks broke down.

Klaus Nieding of the shareholder lobby group DSW said that while Deutsche under CEO Christian Sewing was able to focus on strengthening its own business, Commerzbank “by contrast appeared rather unimaginative.”

“This led to the annoyance of the shareholders,” he said.

The resignations could renew speculation of a merger between the two. The headline leading the website of a top German newspaper, the Frankfurter Allgemeine Zeitung, on Friday evening read: “Sewing, take over!”