SHANGHAI (Reuters) – China will lower import tariffs and continue to broaden market access, President Xi Jinping said on Monday at the opening of a week-long trade expo seen as an attempt by Beijing to counter mounting criticism of its trade and business practices. 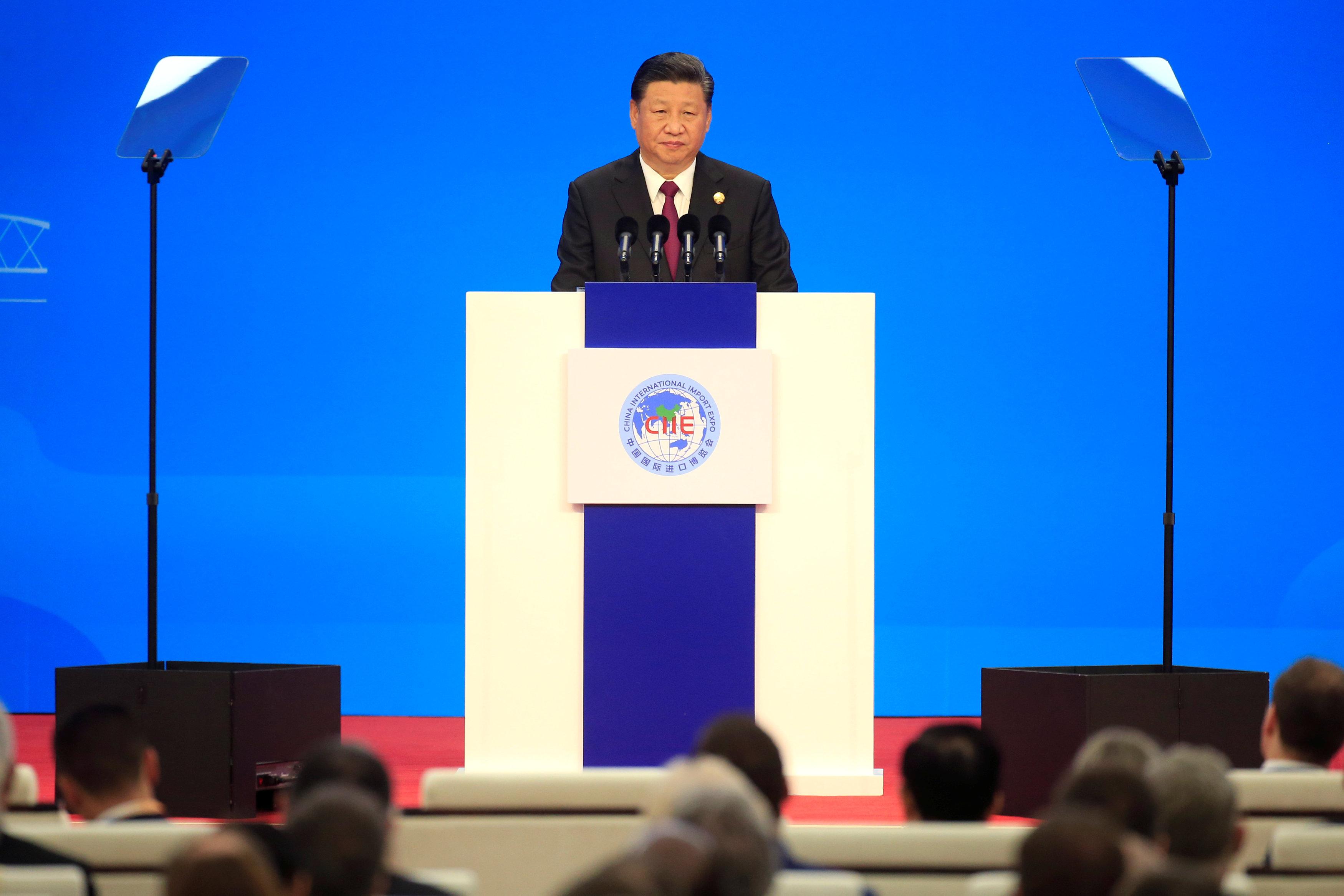 Xi’s remarks come at a time of heightened tension between China and some of its biggest trade partners, particularly the United States, which has imposed tariffs on $250 billion worth of Chinese goods so far. China has retaliated with $110 billion worth of tariffs on U.S. goods.

The Nov. 5-10 China International Import Expo, or CIIE, brings thousands of foreign companies together with Chinese buyers in a bid to demonstrate the importing potential of the world’s second biggest economy.

“CIIE is a major initiative by China to pro-actively open up its market to the world,” Xi said.

U.S. President Donald Trump has railed against China for what he sees as intellectual property theft, entry barriers to U.S. business and a gaping U.S. trade deficit. No senior U.S. officials were set to attend the Shanghai event.

He said “economic globalization is facing setbacks, multilateralism and the free trade system is under attack, factors of instability and uncertainty are numerous, and risks and obstacles are increasing.” 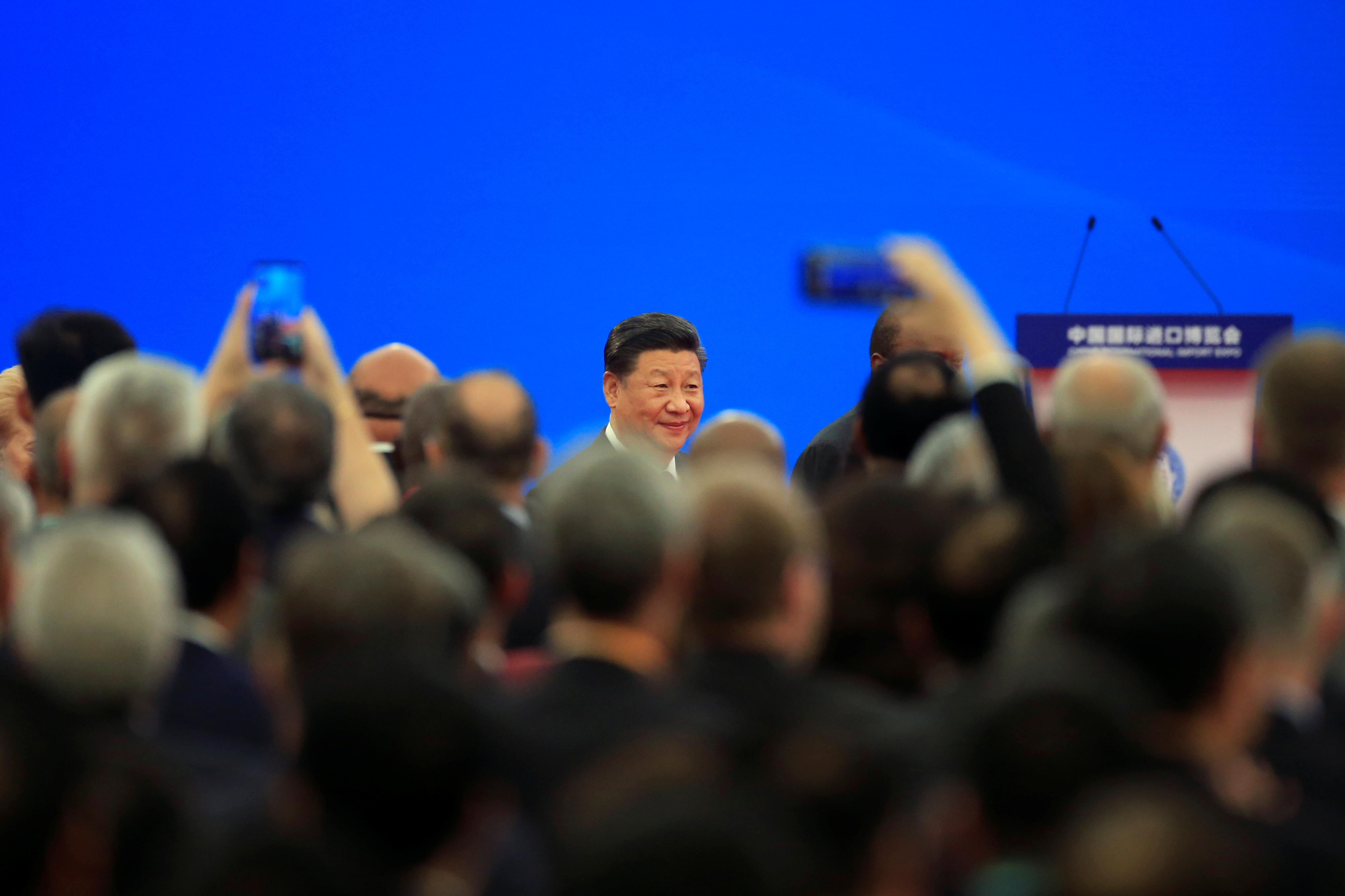 The Chinese government’s top diplomat, State Councillor Wang Yi, said in March that China would import $8 trillion of goods in the next five years.

Expectations had been low that Xi would announce bold new policies of the kind that many foreign governments and businesses have been seeking from Beijing.

Instead, people involved in planning meetings have said they were anticipating an event long on symbolism and short on substance meant to signal China’s willingness to narrow trade deficits and openness.

The European Union, which shares U.S. concerns over China’s trade practices if not Trump’s tariff strategy to address them, on Thursday called for China to take concrete steps to further open its market to foreign firms and provide a level playing field, adding that it would not sign up to any political statement at the forum.

Trump is expected to meet Xi this month, but has said that if a deal is not made with China, he could impose tariffs on another $267 billion in Chinese imports into the United States.

Swiss President Alain Berset did not make the trip to China, despite being announced as among attendees by China’s foreign ministry last week. The Swiss government said in a statement to Reuters on Sunday that his visit had never been confirmed, and that Secretary of State Marie-Gabrielle Ineichen-Fleisch would represent Switzerland.

Some Western diplomats and businesses have been quietly critical of the expo, arguing it is window dressing to what they see as Beijing’s long-standing trade abuses.

Exhibitors from around 140 countries and regions will be on hand, including 404 from Japan, the most of any country. From the United States, some 136 exhibitors will attend, including Google, Dell Inc, Ford (F.N) and General Electric (GE.N).

A handful of countries are being represented by a single exhibitor selling one product.