No proven vaccines have been developed yet for the virus, although mass trials for a number of candidate vaccines are expected to get under way soon in countries around the world.

Employees in China can volunteer to take one of two vaccine candidates being developed by affiliates of state-owned China National Pharmaceutical Group (Sinopharm), the newspaper backed by the Communist Party reported, citing a written notice sent to the state-owned companies.

It did not name the two candidate vaccines, which are being tested on more than 1,000 people each and are among five candidates China has in clinical trials that showed “no distinct adverse reaction” in the first two phases of human trials.

The plan is also part of China’s effort to resume overseas projects such as the Belt and Road Initiative, a scheme to link China with Asia, Europe and beyond through large-scale infrastructure projects, according to the notice.

“For better prevention and quicker recovery of Belt and Road Initiative (BRI) projects, Sinopharm has given priority to supporting workers intending to go overseas to vaccinate for urgent needs,” it said.

Before regulatory approval for sales, a vaccine normally has to go through large-scale, “Phase 3” trials to observe to what extent they provide protection against infection.

China, where the virus first originated in late December, has seen a sharp drop in the number of new cases, making it less favourable as a late-stage clinical trial site.

Vaccinating people travelling abroad, especially those going to high-risk areas, is one option for conducting a Phase 3 trial, Mr Zhu Fengcai, deputy director of a local branch of the Chinese Centre for Disease Control and Prevention, told financial media service Caixin in April. 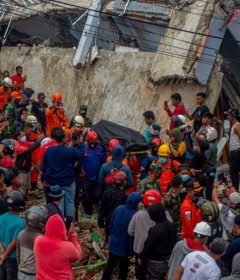